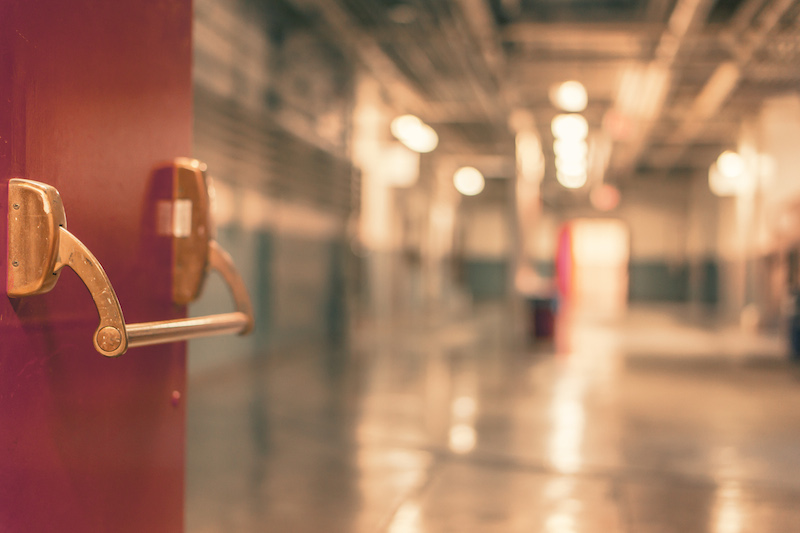 This blog post is about the reason why LastRoom is no longer looking for leisure travelers or trying to be a valid alternative to Hotel Tonight, Despegar or Expedia in the field of last-minute hotel bookings in Latin America.

This blog post is about our lessons learned. It’s about the reason why LastRoom is no longer looking for leisure travelers or trying to be a valid alternative to Hotel Tonight, Despegar or Expedia in the field of last-minute hotel bookings in Latin America. Just to make things clear, we didn’t throw away our amazing app. In fact, we’ve just released a new version for iOS devices, which works globally and really simplifies the experience of the user. However, the reality is that the model of the “same-day hotel booking” is very hard to replicate if you don’t have huge funding to support your sales strategy. According to our experience, the only way to compete and to gain a significative slice of the market is to focus on a specific vertical, which in our case means focusing 100% on business travelers.

The story of LastRoom begins in Mexico in 2012, during the startup weekend of Guadalajara, with the idea of becoming the Hotel Tonight for Latin American travelers. In December 2012, after 4 months of development, we launched our MVP with only 10 hotels available and became the first mobile app for same day hotel booking in the region. One year later, we had reached 170k downloads of the iOS app, 1,000 direct contracts with the main hotel chains in the country, and established operations in more than 50 cities in Mexico. Also during 2013, we closed ties with some destinations in South America like Colombia and Chile, as we didn’t see significant results. It doesn’t look so bad for a small team of strangers to the industry. However, after a year of hard work, we understood that selling last-minute hotels to leisure travelers like all the other OTAs do, wasn’t the most savvy decision considering our limited resources. By chance, when we launched the first version of the app, Facebook was releasing its tool for advertisers, and nobody knew anything about that in Mexico. With only $2,000 USD, we achieved 20,000 downloads in a couple of days. Three months later, the competition became stronger, and each download from Facebook ads cost us three times more. Now our CDA is between $4 and $5 USD, which is complete madness if you’re bootstrapping and you really care about your own money.

Your product must be different and not so easy to replicate. If you want to be the “somebody-else-clone”, raise as much money as necessary to fight against your strongest competitor.

Another important sign after one year of operations was that the 90% of our clients were business travelers, leading us to focus our attention exclusively on the business travel industry and analyzing its technology gaps and opportunities. Discovering the vertical that could save us from bankruptcy was a godsend. Actually, it’s too easy to consider it as a godsend. I think that our anxiety to find a real market opportunity, then pivoting to a more sustainable business model, was at the base of the two most important actions we have taken so far:

1. Analyzing our clients’ profiles, and asking for their feedback and learning from their needs, pains and experience traveling for their companies.

2. Choosing a great mentor. Not an investor, not a fashion guru of the startup ecosystem with zero experience in managing a business, but an experienced worker of the industry, now a senior executive at one of the largest OTA globally. We worked with a qualified advisor, a person who really knows all the inner and complex workings of the industry and who was able to identify a technology gap that we probably wouldn’t have seen by ourselves.

That was the way we started working on LastRoom for Business — by shifting the focus to the problems of a specific vertical of the market and trying to bring innovation to an industry that has been quite static in the last 10 years, dominated by the outdated and expensive travel managementsolutions of the GDSs.

Start your business with a flexible mindset. Unless you have a great knowledge of the industry and its dynamics, try to be open to change things along the way. It’s quite common to see companies fail because entrepreneurs are not patient enough to learn about the market and its inner opportunities. It’s a matter of time, and time is expensive. This is the reason that strong funding at the beginning is crucial.

As I said before, we launched the first version of the app in December 2012 with zero knowledge and zero connections within the industry. We attended the trade shows and the travel expos, looking for hotel partners with a fake demo of the app (we didn’t have an MVP, either, just a bunch of well-designed mockups!), trying to catch the attention of decision makers and top managers of big hotel chains and groups. It was a very clever form of testing their interest before spending money and time in developing a product. The technique worked quite well, but the big mistake here was trying to do things in the same way the others do. Hotel Tonight, since the beginning, has been working directly with the hotels. This means that their content and rates are exclusive. Can you imagine the financial effort of negotiating rates and availability with every f****ing hotel on this planet? They also send a professional photographer to each hotel partner to get a free photo book, in order to display the best content ever seen in their app and improve the UX of their clients. That’s amazing! We thought we could do it in the same way, but we were completely wrong. The time and the money you need to create your own content is too much. Despite the limited resources we had, we could reach a considerable number of hotel partners using Linkedin and in face-to-face negotiations while attending the most important travel expos in LatAm for a whole year. However, it was one of the most difficult and frustrating tasks we faced during this time.

Another challenge that we completely ignored at the beginning was managing the relationships with our partners. Hotels in Mexico are quite used to managing the OTAs’ extranets. They know how to charge rates and allotments. What makes them less reliable is that they forget to update their availability on a daily basis (unless you’re Booking.com or Expedia!). If you’re a new channel for them, and you don’t represent a great percentage of sales, you have to remind them regularly to send rates and availability to your app. If not, you’ll run out of content and the user will say that your app is completely useless.

If you’re working on the next HT or Expedia, consider the opportunity of distributing the content from other providers at first, at least during the validation of your idea. This implies a technology challenge: developing an efficient API which could get data from other web services, significantly reducing the human efforts of closing direct deals with every single hotel and managing the operations with them.

On December 4th 2013, LastRoom turned 1 year old. Despite the optimistic results of the first month (during the first two weeks, we generated $1,500 USD in sales with our ugly MVP), the metrics of the following months didn’t speak well of our model. Getting new customers via mobile ads was too expensive (around $60–65 USD each); our sales didn’t grow as we expected; and the pressure of Mexican users was really tough, since they’re not used to adopting early products, and their criticism and expectations are very high. We could have raised money at this point, investing thousands of dollars monthly in downloads, and fighting against Booking and HT in the Ad Networks. Indeed, we received some proposals from Mexican investors, but we weren’t sure it would be the most savvy decision to make. “Think different” was our motto, and that was the time we really put these words into practice. We stopped all the campaigns: not one more dollar in ads. From then on, our strategy has been to ignore further customer acquisition and to get customers to repurchase, while providing them the best service we could and letting the app growing organically. We understood that the same money invested in distribution would be better used to develop a new product, one not easy to replicate without some experience in the industry and which could solve a problem of a specific vertical of the market that has not been solved yet in a smart way. In January 2014, we were 5 people: two developers, two marketers and a designer. By the end of July 2014, we were 10: three marketers, a designer and six developers, reaching a monthly burning rate of $17k USD. We’re a startup. We must invest in technology if we want to be different and recognized in a industry. We need a killer product — one that’s not easy to replicate, which fits perfectly in a specific market and is, of course, reasonably easy to scale at a global level.

You’re a startup, not a restaurant. Your technology must be the key. Your product will kill you if it’s bad or if it doesn’t have any key differentiator from your competitors. Raising money to invest in distribution of a product that’s a bad clone of something else is like delaying a death which is just around the corner. Your priority must be bringing innovation with your technology solution. This is the first step, and then come the execution and the business model.

We haven’t moved from Mexico City. It’s an amazing city to start a company from scratch. I consider it a better option than any other city in LatAm for its strategic position: so close to the U.S. and just 4 hours away from another interesting market like Colombia. There are also many co-working spaces, a considerable number of networking events, and the international airport has daily international connections with a number of big cities in the U.S., LatAm and Europe. And while there is a stigma regarding Mexican universities (a lot of Mexican entrepreneurs believe that its mandatory to hire developers from Silicon Valley because there is not enough talent here), we think they’re completely wrong. It’s crazy to start your business from scratch in a place where you can’t pay a mobile developer less than $10k USD per month, or where a good place to work could cost around $3,000 USD.

We think that the best formula for a LatAm business is “Local talent + Global Vision.” Your technical team should be based in a place where the cost of living is significantly lower in order to save money while you’re building a product. Having a global vision doesn’t mean being based in SV. Don’t confuse the two things.

I am co-founder at LastRoom, a travel startup based in Mexico City. LastRoom helps companies and business travelers cut their travel expenseswith the first cloud-based software tailored to SMBs, combining the best hotel content available on the Internet with high levels of corporate control, such as invoices’ reconciliation, reports and analytics tools.

Etiquetasapplications latin america startups technology
Three structuring options for reorganizing your Latin America startup in the U.S.
A country is hit by the entrepreneurial bug and start-up culture