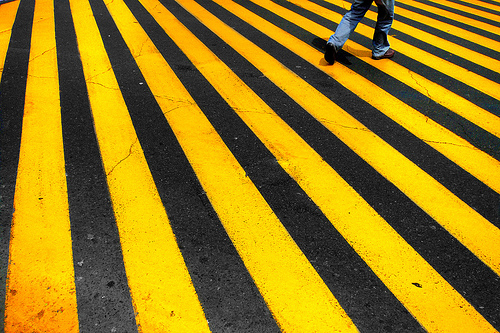 Peru's startup ecosystem is growing, and at its center is Lima Valley. Arturo Cánez discusses the initiative and how it's changed entrepreneurship in Peru.

Peru’s entrepreneurial ecosystem is most certainly one to watch, and it’s picking up speed by the minute. At its base is Lima Valley, an entity that seeks to educate, connect and support hundreds of Peruvians as their bring their business ideas to life.

The organization is inspired by Buenos Aires-based Palermo Valley, which launched over five years ago and has influenced a number of organizations throughout Latin America. Its Peruvian counterpart has made quite an impact. “In this time, it has maintained its position as one of the most active, fastest-growing communities. We have over 10,000 connected members, not only in Lima but throughout the entire country,” explained Lima Valley head Arturo Cánez in an interview with PulsoSocial. See what else he had to say.

Clarisa Herrera: You’ve worked hard on the idea of a community and, above all, on decentralizing the node of entrepreneurship. What has the process been like?

Arturo Cánez: We have formed a multidisciplinary community of individuals who see technology and the internet not only as things of potential use but also as ways to create businesses, products and startups. We started from the bottom. At the center of all entrepreneurial ecosystems are entrepreneurs and entrepreneurial communities. Over the past five years, we’ve been working with a very concentrated community in the capital (Lima), but as of about a year and a half ago, we took on an important task – decentralizing entrepreneurship. We left the city to find new nodes that have the capacity to do what’s being done in Lima. Lima, because of the market, concentrates the country’s  economic capacity. The work we did was that in a year and a half, two years, Peru went from having no startups or startup-supporting initiatives to having thousands of entrepreneurs who are changing their mindsets, seeking traction, creating products, etc.

CH: In the case of Peruvian entrepreneurs, one big issue has been entrepreneurial education. How have you dealt with it?

AC: Along the way, we’ve gone from a community to a generator of ideas. We’ve helped in taking the next step to building an academy created 100% in Peru, Start Up Academy, which surged from a need we identified. There were many people with ideas, passion and will, but they were lacking business vision with high-impact and scalability. We brought in various Silicon Valley initiatives, such as Founders and Startup Weekend, but we realized that when we were starting out in Peru, we didn’t have the speed or rhythm to maintain a program or rigorous educational program like in other places. So, we decided to create something on our own that applies to our reality. We began to build the entrepreneurial environment through the academy. We involve mentors from Peru as well as the rest of Latin America, Silicon Valley and Spain. The program has grown significantly, and with each edition, we work with ideas from 100 tech entrepreneurs.

CH: What is your relationship with other actors in the Peruvian ecosystem?

AC: The process entrepreneurs go through is one of pre-acceleration, which helps them eventually arrive at initiatives like Wayra and other accelerators, or to raise money directly. We’re the seed for entrepreneurs, massively connecting them with opportunities and resources. It’s changed the way many do business. The Peruvian ecosystem today is based on communities of entrepreneurs, 10 throughout the country. The goal a year from now is to have six consolidated communities working at the same level as in Lima or other communities in LatAm. Our initiative has played a part in the government’s launch of Startup Perú, in Wayra’s decision to organize its activities (it’s worth noting that it’s one of the most active chapters in the region). Today, many incubators and universities are coming together in the environment we’ve created. We’ve paved the way for other players to enter and offer their support.

CH: Is there an interesting internal market for Peruvian startups, or are you focused on regional and global initiatives?

AC: I believe there are both. You’re always going to have a discussion surrounding regional, global and local, but the Peruvian economy gives you the chance to consider sectors that are managing a lot of money in the economy. In turn, there are opportunities for entrepreneurs like gastronomy, which in Peru represents 12% of the country’s GDP. Likewise, I think there are already entrepreneurs who are thinking regionally, and it’s important for them to understand that if they can reach 10 million users today with a mobile phone in Peru, why not consider the 200 million living in the four countries that comprise the Pacific Alliance? There are startups with that regional vision, a few.

CH: It is my understanding that investors in Peru still focus on traditional sectors and don’t prioritize technology. Is that the case?

AC: Absolutely. Private capital in Peru is sizeable, but it invests in traditional sectors – real estate, tourism, mining. Investors don’t perceive the tech sector as attractive, but they have to understand the venture capital industry. This risk culture comes from the entrepreneur and the investor. There are no initiatives driving this change, but a year ago, we started to launch a few forums and activities aimed at developing this part of the ecosystem. There’s a learning process.

CH: In your opinion, where does the Peruvian ecosystem most need to improve? Is it more related to technology or to business?

AC: At Lima Valley, we promote talent, something that’s lacking not only at the business level but also at the technical level, and we work to change the local vision many have. There is talent, but it’s focused on the corporate sector. People are afraid to leave their comfort zones and start a business. They have to learn that in recent years technology has facilitated the creation of high-growth platforms. I think that talent is missing in business, in turning an idea into a product, and in technology the same thing is happening, the technical arm is lacking. We need to understand that in technology, business is handled differently, and the same things happen with technical issues – they’re faster, more dynamic. Both are lacking in Peru.