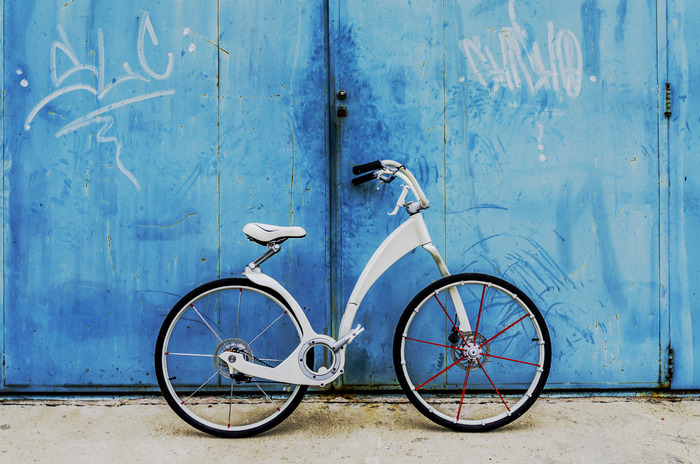 Founded by a trio of Argentine entrepreneurs, Gi-Bike is going the route of Kickstarter to get its smart bike to the market.

Founded by Argentine entrepreneurs Lucas Toledo, Agustin Agustinoy and Eric Sevillia, Gi-Bike is going the route of Kickstarter to get its product to the market. The team is working on a smart bike that is lightweight, electronic and folds.

Though the company is based out of New York, the idea was inspired in Latin America. “The idea behind Gi-Bike was born in Córdoba, Argentina after a national strike paralyzed public transportation throughout the country and restricted people’s freedom to move throughout the city,” explained Lucas Toledo, who acts as Gi-Bike’s CEO.

Marketed as a “21st century crafted vehicle by city lovers, for city lovers,” the Gi-Bike is years in the making. “We designed the Gi-Bike with a minimalistic design, prioritizing the functionality over the aesthetics. After two years of work, we came up with a design specially built with the comfort, safety, and ease of use that daily commuters deserve,” Toledo remarked.

The bicycle is made of aluminum to guarantee strength and agility and has been designed in two models – one with electric assistance, and one without. The standard model weighs in at 26.5 pounds, and the electric 37.4 pounds. It can be folded in one single motion and be easily stored and carried, and its drive belt requires no maintenance at all.

The electric version features a Lithium-Ion high performance battery, LifePo4, that lasts for over 40 miles without requiring recharging. Riders can also plug their smartphones into the battery to charge, and apps for iOS and Android will soon be available.

Toledo outlined other features of the Gi-Bike and the processes behind them:

We believe that the next trend of technology will primarily focus on wearable technology, so we designed an experience around our product by building a mobile app with GPS and social networking integration as well as an anti-theft locking system. The app gives the customer the ability to have full control of the Gi and a USB port to charge a phone.

Safety, of course, is also an important part of the Gi-Bike Formula. “Because we wanted to improve the safety of bicycle riders and include a feature to help prevent car side-accidents, we included smart LED lateral lights in the frontal wheel of the Gi that turn on at night, gaining visibility in darker hours,” he explained. “The fact is that we designed the Gi-Bike to be an all-in-one, full-size, electric bike with amazing features, zero maintenance and an exclusive design that only weighs 37.4 lbs.”

As mentioned, the Gi-Bike team is going the route of Kickstarter to get the ball rolling. It has launched a campaign to raise US$400,000 to cover the initial production costs of a limited-edition version of the Gi-Bike. Funds will cover things like aluminum casts, finishing the iOS and Android apps, building an online platform, re-engineering final touches and assembly.

Why use Kickstarter? Toledo replied:

We launched our project on Kickstarter, as it is the world’s largest funding platform for creative projects to reach out to people around the world and give them the opportunity to be among the first to get access to the pre-sale of the Gi-Bike.

Those interested in the Gi-Bike project can learn more here. And in the meantime, check out the video below: