NXTP Labs Guidecentral is now available for Android. Company co-founder Gaston Irigoyen fills us in on what else is new.

Guidecentral is now available for Android. The platform that allows members to create, share and explore craft projects and do-it-yourself tutorials has also redesigned its website, thus expanding its vision to connect makers from all over the world.

An NXTP Labs alum, Guidecentral was launched in 2012 by Gaston Irigoyen, Israel San Jose Gonzalez and Francisco Miranda. It is a mobile first project and was initially created for iOS. 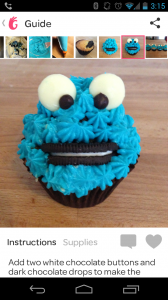 “When we first started, we decided to focus on the iPhone because we had experience developing for iOS (we previously sold an app to KIA Motors), saw a better fit with our potential users, and it’s much more efficient to iterate one platform than two or more,” Irigoyen explained. “After 20 or so updates, the iOS app improved significantly, and most importantly, we realized that some of our best makers are based in countries with a high penetration of Android, so we thought it was the right moment to work on it.”

The Android version of Guidecentral is available in two versions for low and high-resolution devices. It is compatible with Android 2.2 and up and is also available for Amazon’s Kindle Fire.

As mentioned, Guidecentral is also releasing an updated version of its web platform. “Today, we are introducing several design enhancements and introducing a new, better way to browse and discover relevant content,” Irigoyen, who is originally from Argentina, remarked.

Through its apps for iOS and Android and via the web, the startup hopes to continue to make waves in the global maker community. One of its major avenues is the Maker Program, which helps users make money off their guides. The program was launched in 2014 and already has top makers earning up to US$300 per month. Irigoyen reflected on the initiative’s success:

The Maker Program was born to help makers profit from they passions, to make money by sharing their knowledge and DIY projects with our global community of users. We are blown away with the amount of interest in the Maker Program.  More than 2,000 people have applied, and we’ve already accepted more than 100 ‘pro’ makers, some of which are already making $300 a month in revenue.

The Guidecentral community is now one of over 75,000 crafters, who have access to more than 2,500 shared guides worldwide. The platform has hit a nerve with a quite specific demographic:

Over 75% of our users are middle-aged women in English-speaking markets. They are makers, crafters, DIY enthusiasts and moms teaching DIY projects to their kids. Most recently, however, we started to see a significant amount of users from Europe, Asia and countries with high penetration of Android devices, hence the decision to develop an app for them.

The Ireland-based startup has come a long way in a short period of time, and moving forward, it will continue to grow. “We are focused on improving the product, growing our community of makers, improving the quality of the content uploaded and, most importantly, having an impact in people’s lives through the Maker Program,” Irigoyen concluded.