Having expanded from Spain to Miami and with an eye on LatAm, Ironhack provides intensive, in-person programming courses for entrepreneurs and developers.

Having just expanded from Spain to Miami and with an eye on Latin America, Ironhack provides intensive, in-person programming courses for entrepreneurs and developers.

“My partner and I started this business for ourselves,” explained Ariel Quinones, who founded Ironhack alongside Gonzalo Manrique in 2013. “We had both worked in tech startups but in non-technical roles (marketing and business development), and we were getting frustrated with the fact that we had no clue about the technologies that were at the core of our companies. We just couldn’t hold a basic technical conversation with the development team.”

The two began to search for coding education and found the offer underwhelming. “The options were especially limited in Latin America and Europe, the regions where we come from,” he reflected. Thus, Ironhack was born. Based in Spain, the company offers eight-week boot camps in both mobile and web development that entail 400+ hours of full-time instruction:

We are focused on creating a technical learning environment that is awesome and student-centric. We’re constantly looking to find the best teachers, learning resources and group of peers to make this the best educational experience you’ve had in your life. 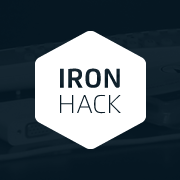 All of Ironhack’s courses require some degree of prior knowledge. While its web development boot camp doesn’t start from zero, it doesn’t require a technical background either. It does, however, necessitate more than 100 hours of work ahead of time. The iOS development boot camp is a different case, as participants must be fluent in another object-oriented language. “Both boot camps prepare you to be a junior developer with a work-ready skillset,” Quinones affirmed.

The Ironhack team has decided to attack web and mobile first, which they identified as the most common pain points across employers. “Virtually every company today is using one or both of these channels. And the reality is that the underlying technologies are in constant flux,” he reflected, pointing to areas such as dev ops, full stack design, big data analysis, growth hacking and project management.

Though Ironhack’s efforts have been concentrated in Spain, the team has had experience with Latin American talent as well:

We were pleasantly surprised when we received interest from Latin American students, despite having done no marketing in the region. One of our students from LatAm boarded a plane for the first time in his life to take one of our courses. That was a cool moment for me where I realized that we were doing something special. We think that speaks for the lack of good training and employment alternatives in many parts of Latin America. But clearly, LatAm has outstanding talent. Some of our best students have been from the region and are working as developers at great companies now. For us, it’s a matter of exposing them to what we teach and give them access to great mentors that can accelerate their learning process.

Most recently, Ironhack made the move to Miami, in part as a way to get closer to Latin American talent. “We see Miami as a place where we can train software developers from all over the Americas,” Quinones affirmed. Of course, the team was drawn in by the Miami tech scene as well:

We’re also quite excited about what’s happening in Miami tech. There’s a small but fast-growing tech/startup community that’s getting the support of key stakeholders such as foundations, the media and local government. VC capital is starting to flow, and there have been a few successful exits that are necessary to inspire other local entrepreneurs. We think, however, that there’s a need for tech human capital, and we’re pretty excited to help with that and be a part of shaping the South Florida ecosystem. Of course, we’re not complaining about the weather and living right next to the beach!

While Miami’s tech ecosystem is maturing, it still pales in comparison with other major startup hubs in the United States. The Ironhack team will address part of the problem in educating and training more developers in the city – though Quinones was quick to clarify that technical talent is by no means absent:

It’s not that there’s no talent. We’ve met world-class developers who live there, but many of them work remotely from their homes and unfortunately are quite disconnected from local meetups, conferences and the community at large. We look forward to helping with community building via workshops, talks and other events.

Latin America may eventually be on the Ironhack team’s agenda – namely Mexico, Colombia and Brazil. “The truth is we’d love to reach anyone in Latin America that is interested in what we’re doing, regardless of whether they live in a major city or not,” Quinones said. “Our current model will make that challenging and therefore we’ll probably have to experiment with blended learning (online and offline) formats that facilitate access via online learning.”

On that last point, Quinones highlighted what it is that perhaps most sets Ironhack apart – its insistence on in-person training in a world and industry where so much takes place remotely:

We’re big fans of online education and what it’s done in terms of increasing access and lowering costs. In fact, we use a lot of the online learning tools as part of our course pre-work to teach many of the basic coding concepts. However, we’re believers that still the best way to learn is in person. There’s just something special about being in the same physical space with your teacher. Peer-to peer-learning flows better. Engagement and motivation levels are much higher than in online learning as evidenced by super low MOOC completion rates.

“We also think that a lot of the learning also happens outside of class time,” he concluded. “When you are grabbing lunch with your classmates or chatting with your mentor over beers on Friday. It’s really tough to replicate those organic interactions online.”