Israeli text-to-video technology developer Wibbitz is an example for startups from all over, including Latin America with its impending Spanish launch.

Out of Tel Aviv, text-to-video technology developer Wibbitz is a valuable example for startups from all over the globe. The company was founded by Zohar Dayan and Yotam Cohen in 2011, has picked up millions of dollars in funding, and is on the forefront of revolutionizing the way content is consumed.

“We started Wibbitz after we thought to ourselves that the way we consume content today really hasn’t changed,” Dayan, who now acts as the company’s CEO, reflected. “We’re still reading the news the same way we read the newspaper, except we do it on a digital screen. We thought that instead of checking 10 different websites each morning just to catch up on the news, it would be much easier to just click play and watch a video summarizing everything for us.”

Wibbitz’s technology allows them to automatically transform text-based web pages into short video summaries at scale. Available for iOS, the company partners with publishers and content creators to turn their existing text articles into videos with which users are more likely to engage. Publishers can also monetize their videos with high CPM rates through pre-rolls (as opposed to ordinary display advertising).

“We’ve had to overcome many technological challenges along the way,” Dayan explained. “We have a very talented team working on this including specialists that are NLP experts (natural language processing).”

Capital has proven fundamental in the startup’s development, and as mentioned, the team has been quite successful on that front. Wibbitz has received investments from Initial Capital, Horizons Ventures, lool ventures and Kima Ventures totaling over US$2 million. The CEO provided some insight into his funding success:

We constantly meet with a lot of people, including investors. It’s important to build your network to get feedback for your product and to raise awareness.

Reflections on and for LatAm 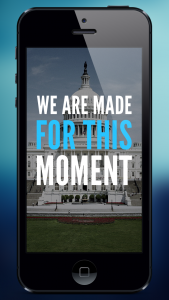 Wibbitz has already made quite a splash globally, and soon, it is going to be testing the waters in Latin America. The company will release its Spanish version within the next couple of weeks – something Cohen admitted has been difficult with respect with training algorithms to cope with a new language and terms. “It was quite a challenge, but our team came through with an excellent solution,” he remarked. They also plan to launch in French, German and Portuguese this year.

Cohen, who heads business development efforts at Wibbitz, discussed a shift in the way content is being consumed today:

We think that people’s attention span today is lower since they are overwhelmed with information. More people choose to watch a video as opposed to reading text, because it’s an effortless way of getting updated as well as more informative. We think that it’s a good thing, because it helps make content much more accessible to many more people. It also makes consuming content easier on devices where reading text is difficult, like smartphones and smart TVs.

In closing, he also reflected on the strength of the Israeli startup ecosystem and what Latin America can take away from its development. “I think that it’s a combination of several things,” he remarked. “First of all every 18 year-old needs to go to the army, where he is faced with a lot of responsibility and provided a valuable set of skills, including leadership and team spirit. In addition, because of historical political issues, Israel has learned to become self-sufficient in many fields – this sparks much innovation. I think that entrepreneurship is taught from an early age here, and maybe Latin America can promote more of these skills at an early age through the school system so that children can also be exposed to this world.”

You can download Wibbitz for iOS here and check out a demo of the Spanish version below: