Out of Mumbai, Cuelinks helps content publishers in India, Brazil and Russia monetize their sites. Ideal for bloggers, deal site owners, coupon sites and essentially any website that sends outbound traffic, it sends thousands of clicks each day to its merchant partners.

Sounds simple, right? Well, yes and no. According to company co-founder and CEO Mehul Jobanputra, monetizing content can be easy – assuming you follow a handful of important pieces of advice.

“Content first, monetization second,” he listed as his first and most important tip. “Most bloggers and website owners often write the content by keeping its monetization aspect in mind. This is the conceptual flaw. The focus should be on content. Once the content is appealing to the reader, monetization avenues will open up automatically.” 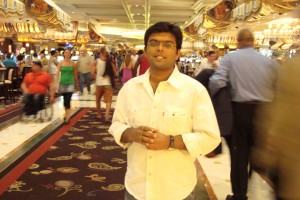 He also highlighted the importance of sticking to a particular theme or category, thus ensuring a relevant audience. Another tip: avoid too much advertising spam on the site or blog. “It is important to focus on user experience. Too much banner advertising and too many outbound links from the articles are strictly a big no-no,” he warned.

And finally, he advised honesty. “It always pays to be honest with your reader,” the CEO remarked. “If you are monetizing your content, be open about it with your readers by putting a disclaimer at the end of the article. They will really appreciate it.”

Of course, the dynamics of content production, consumption and monetization change country-by-country. “In India, we have seen that 1,000 visitors on a website is effective to monetize content. As a ballpark figure, 100 outgoing relevant clicks a day can be sufficient to generate one sale,” Jobanputra explained, offering up further reflections on his experiences in the Brazilian market:

At the start, the response was slow but it has gradually shown progress. From the time Cuelinks was launched in Brazil in March 2014 to mid-April 2014, we were able to get only one publisher in a span of three to four days to sign up. But in the last month, we have seen the signups increase to about four to five publishers per day. The Indian affiliate industry is still in a very nascent stage, similar to the e-commerce industry, whereas the affiliate marketing industry in Brazil is quite evolved.

Brazil, however, has posed its challenges for the Cuelinks team, starting with the language barrier. And there are other issues as well:

As Cuelinks continues to delve into the Brazilian market, it will look at other Latin American opportunities as well – namely, Chile and Argentina. Where it won’t be placing its attention is on video, where the platform is not a good fit.