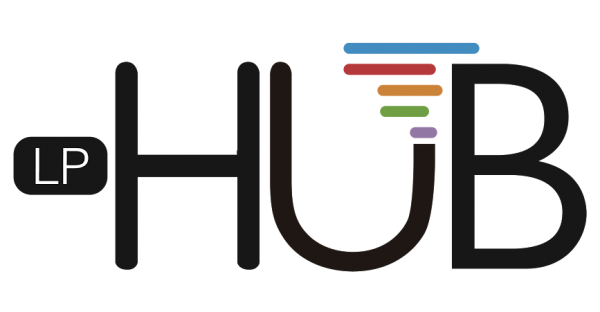 Latin America’s entrepreneurial and acceleration movement has extended beyond the region’s capitals. Such is the case of LPHub out of La Plata, Argentina.

Latin America’s entrepreneurial movement has extended beyond the region’s capital cities to reach locales that, while promising, are often overlooked. And as such, accelerators have followed.

Such is the case of LPHub, an accelerator based in La Plata, Argentina. The organization is headed by Pablo Baldoma  (the founder of technology company Suyit and with ties to initiatives like Diagonal Valley, Palermo Valley and Distrito Informático de La Plata) and Nicolás Perazzo (the founder of GOLAB and a professor at the Universidad de La Plata).

With LPHub, Baldoma and Perazzo have set out to provide entrepreneurs and startups an option beyond urban centers like Buenos Aires and Córdoba to accelerate their projects in Argentina.

“We know that in Buenos Aires, there are options for entrepreneurs,” Baldoma explained in an interview with PulsoSocial. “On the one hand, there’s a factual matter – the time it takes to travel from La Plata to Buenos Aires (you lose four hours per day). But on the other hand, there’s a spirit. We want to encourage startups and new companies to generate revenues for their cities and towns. In the case of our city, there are a number of state employees, and average income is less than in, for example, Buenos Aires. We’re looking to new generations of entrepreneurs to impact local economies.”

As such, a concept of a regional hub has emerged that may be replicated in other parts of Argentina:

The challenge is the issue of geography, adding onto that mentoring and training. We’re evaluating the best way for mentors – who are largely located in Buenos Aires, Córdoba, La Plata and Rosario – to share knowledge and know-how with entrepreneurs in every corner of the country without having to travel to regional centers of business. With the technology tools available, it’s completely possible. We’re in the midst of that process with San Martín de los Andes (Neuquén) and Ushuaia.

The question of federalizing chances to access knowledge and capital for entrepreneurs goes hand-in-hand with researching other opportunities and business niches that in urban centers are being neglected.

“It’s a challenge for accelerators to reach a federal level with this knowledge without it being exclusive to LPHub, Wayra, NXTP and Incutex. We want to change the mindsets incubators have on a national level, because they often incubate a number of projects, many of which stay in standby,” Baldoma outlined. “There are many opportunities in agro and renewable energy in different regions, and we want to exploit those possibilities. Copycats are interesting because they validate proven hypotheses, but we believe we need to leave that model, see what doesn’t exist and what hasn’t been proven. It’s riskier, but we believe that someone has to take on that role. One of the clauses we have to commit to is transmitting this to the next generation of startups, which will help those to come.”

An Eye on Social Impact

For this first cycle, LPHub received 50 project proposals and selected five. A group of projects for incubation will also be receive attention and mentoring. “The idea is that there will be synergies between all of the projects,” Baldoma emphasized. He added that the accelerator has sought out global thinkers with the potential to make a social impact:

We’ve ruled out projects that are, perhaps, more interesting businesses but that we don’t think have a social impact. We need to work together with governments and universities. We have an agreement with all of the universities in La Plata in hopes of supporting many of the projects born out of them. At the same time, we have ties with the municipal, provincial and national governments through distinct initiatives. Along with Minerva, we are the two initiatives backed to support entrepreneurs in this city. The idea is that these entrepreneurs and businesses will make a big impact on society and be key for creating jobs.

With respect to the formal conditions involved, teams will receive between US$20,000 and US$25,000 and undergo a six-month acceleration process, with the option of extending it to a year. “We offer them work space and access to a network of mentors. We work with our own fund, but we have agreements with the IAE, Cygnus and others. Even if we don’t accelerate them, all of the projects will circulate through our network of funds and investors,” he explained.

While all of the selected projects are technology based, there is a clear preference towards certain verticals, such as renewable energy. LPHub isn’t looking for NGOs, but instead businesses that generate revenues and that directly or indirectly improve the surrounding community.

Meet first batch of startups to be accelerated by LPHub in La Plata: