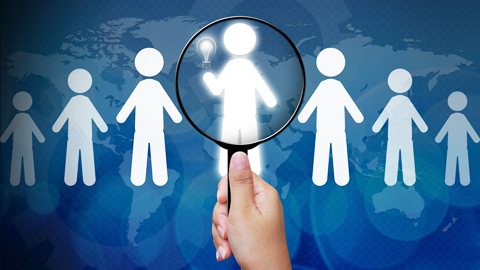 Consumer segments and barriers to entry are issues no startup or entrepreneur can ignore. Gabriela Ruggeri discusses the topics with PulsoSocial.

Consumer segments and barriers to entry are issues no entrepreneur can ignore. And at pre-acceleration program Buenos Aires NEXT, hosted by Founders Palermo, they are among the main topics on the table.

In a recent interview with PulsoSocial, Gabriela Ruggeri, co-founder of EastPoint Ventures and Business Development Director for DMGT in Latin America, discussed the themes. 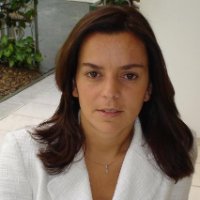 Gabriela Ruggeri: Entrepreneurs tend to try something immediately in the closest place possible, without considering the most convenient locale with the right conditions for their value propositions. Environmental analysis – political, economic and social factors – is fundamental. In terms of market opportunities, you can’t go against the market. Market research and trend analysis are necessary to validate business concepts. It’s important to understand value chains and how they differ.

Take, for example, patents. Patenting certain ideas that exist in Latin America versus developed markets. In what ways can business be affected if I have to protect a technology? Maybe in some markets, patent applicability doesn’t make sense. Sometimes, entrepreneurs complicate things themselves and spend a lot of money where they shouldn’t.

CH: What is the role of culture?

GR: For example, how people relate with one another in Latin America and the United States. Business models that work in some markets assume a cultural framework that may not be the same elsewhere. There are markets that are fast to adopt the idea of community and social networks, such as Brazil, where things become contagious. In other markets, certain technologies are adopted slowly because cultural norms dictate something else.

CH: And how is this tied to barriers to entry?

GR: Once certain market segments and differentiators are identified, certain barriers to entry can be established through the recognition of different strengths, and possibilities can be captured through timing. Sometimes, there are opportunities for creating a barrier, and others, it’s already there. There are segments where there aren’t barriers in the model itself, in which case a second or third player doing things more efficiently, based on the cultural change the original startup initiated, could do better than the first barrier-breaker.

CH: Do entry barriers differ in relation to business models? What types of businesses can take advantage most?

GR: In B2C, it’s harder to create barriers in a number of segments. Going in fast and strong (in terms of financing) means you’ve got a window of opportunity to conquer certain spaces. In that case, it’s hard to develop barriers to entry. Perhaps if technology evolves and the first player makes an effort in cultural adoption, a second entity can come along and make a true innovation to bridge the gap. But in general, windows of opportunity for B2C are restricted by a business’ financial capacity.

In B2B, if you work in niches, it’s easier to create barriers to entry, ranging from product offer to information gathering and data mining. I can create a barrier and a differentiator, for example, with respect to the amount of information I have on the market or segment. That happens when we work in specific segments. It’s easier to create specialization and entry barriers. In more general models, it’s harder.

CH: With respect to innovation in Latin America, do you think we’re achieving the right balance between original ideas and copycats?

GR: An MIT study indicates that when markets are in a more embryonic stage, the copycat model ecosystem is flat, without a lot of adaptation. Things then move on to a stage that is more adapted to the local market, eventually arriving at a third stage, with essentially local models that solve problems and inefficiencies of the markets themselves. Only then will you finally see true technological innovation. Latin America is between the second and third stages, with adapted copycats. We’ve got examples like MercadoLibre, which started out as eBay and today is quite dissimilar to it. Less than 15% of its transactions are tied to the second-hand market. There are new products. You see it on smaller scales, too, in startups that realize they have to adapt the international model. In Brazil, there are a number of businesses aimed at local problems – platforms for applying to civil service jobs and tender systems. A number of business models are coming from there, also because of the size of the market.

Etiquetasbarriers to entry Founders Palermo Gabriela Ruggieri latin america markets NEXT segmentation startups
Startups to Compete in 11 Categories at the Red Innova Challenge
In Case You Missed It: Last Week’s Highlights from PulsoSocial