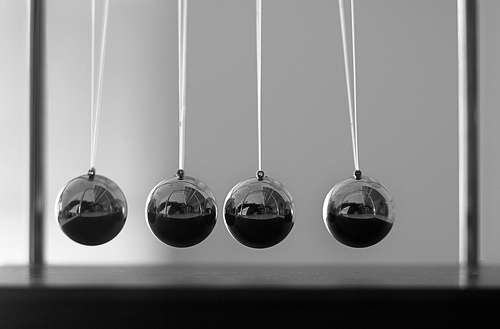 After over a decade in tech, Ariel Muslera has taken a step back to learn and share his thoughts on Latin America's entrepreneurial ecosystem.

For over a decade, Ariel Muslera has been involved in the world of entrepreneurship, venture capital and mentoring. He has now decided to step away from high professional projects for a while and is instead focus on improving his own abilities as an investor and mentor.

While still acting as a Regional Advisor at the Latin American Venture Capital Association (LAVCA), Muslera is currently participating in the Kauffman Fellow Program for investors. Its aim is to create a global network of what it calls “smart money collectors” who use similar criteria for investing. “There are seven in-person meetings (most in Palo Alto), and each module deals with both hard skills (term sheets, negotiations, etc.) and soft skills (having more to do with people, with your human contribution). In those meetings, there are panels with experts from Silicon Valley and other parts of the world,” he commented in an interview with PulsoSocial.

About 15% of the participants of Muslera’s Kauffman program are from Latin America and have quite a bit in common with investors from other emerging markets like Indonesia, Singapore and Turkey. “Those of us in the periphery of venture capital share the same problems related to access to capital and the ability to find entrepreneurs with ambitions of creating regional or global products, both of which complicates things,” Muslera noted in a general conversation about what the region’s entrepreneurs need to advance more.

Clarisa Herrera: You have a privileged view of Latin America’s venture capital scene. What is your perspective? 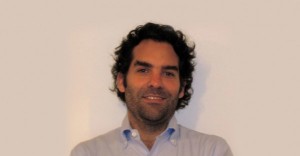 Ariel Muslera: I think it is a problem of offer and demand. On the demand side, we need clear and long-term rules, for example, in the case of Argentina. The Buenos Aires city government has laid out initiatives to accelerate the ecosystem, but what’s missing is a more foreseeable regulatory framework. A VC needs to see a 1o-year horizon. There are funds operating in more stable markets and looking at Argentine projects, but surely part of their conditions for investing is that those companies have at least one foot outside of Argentina – perhaps legal. Until there’s not a law for regulating funds, it’s going to be hard to reach a critical mass of them in Argentina.

CH: And what to you mean by demand?

AM: On the demand end, I see a big gap with respect to the types of projects out there and how they address the region. The question is tied to a concept I’ve been working on, which is that, in general, projects built in the region focus more on features than experience. If you ask entrepreneurs what their projects are about, they start to list off a series of functionalities – they don’t think about the problem they’re solving for clients. This has an enormous impact on business vision and the chances of getting investment. When you see the companies there are in Silicon Valley compared with those in Latin America, in many cases, in terms of functionality, they’re not that different. There are many that replicate features without adding value.

CH: Do you think there is an excess of copycats?

AM: The copycat model can work. There are already success stories, but I get the sensation that there are many people who think copycatting is going to the original website and replicating it as much as possible in terms of features – they don’t put themselves in the place of the user. It’s like trying to copy Zara by looking at what’s in the window.

CH: Do you think it’s because there’s too much of a technical vision or that there’s not enough of a commercial perspective?

AM: A little bit of both. A lot of emphasis is definitely placed on the technical, and I don’t think that’s bad, but the reality is that it’s a commodity. When I speak with Silicon Valley investors who have backed companies like Uber and others at that level, they tell me 70% of their time is spent helping businesses recruit employees, like they’re HR heads. If there’s something they don’t need, it’s selecting mediocre talent. Here, I feel like we don’t do the same. We recruit trying to find the best of what’s available. There, if they don’t find the right person, they don’t hire. Part of what I’m doing right now is considering how Latin American entrepreneurs can be helped to change that mindset, moving from feature-based to experience-based, and seeing how that impacts product design, recruiting and even business models.

CH: Given that we import so many successful ideas, do you think there are niches here that entrepreneurs are overlooking?

AM: Yes. More local consideration. Over the five past years in Latin America, the middle class has grown explosively, and the first thing those people invest in is health and education – two verticals with huge possibilities. We’ve got to jump on the advantage that other countries don’t have. They have developed physical infrastructure that in Latin America, as we’ve lagged behind, isn’t present. Leaping from nothing to mobile is much easier than going from a physical network to mobile, because it has more costs. If we’ve skipped over the era of PC-based consumers, it’s useful for user experiences that go directly to mobile for education, health and retail.  They’re much more complex systems, but user experience is fundamental. The foundation can’t be functionalities, it’s the way to solve the problem.