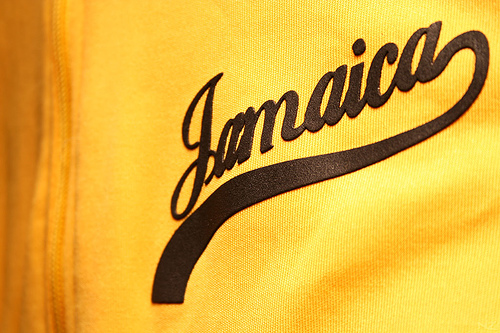 Jamaica isn't exactly the most obvious of tech scenes, but its startup ecosystem is evolving. We take a look at how and why.

When contemplating top tech and startup ecosystems in Latin America and the Caribbean, Jamaica isn’t exactly the first locale that comes to mind.

Listed 94th on the World Economic Forum’s 2013-2014 Global Competitiveness Index, the country gets low marks in macroeconomic development (ranked 141 out of 148), quality of math and science education (115), and venture capital ability (130). However, it’s got a number of things going for it as well – such as number of days to start a business (listed at 25), availability of latest technologies (42), quality of scientific research institutions (48), and nature of competitive advantage (46).

Jamaica’s economy is certainly making strides, and while some factors are still lacking, other indicators demonstrate advances. This is good news for entrepreneurs, startups, investors and other members of the country’s tech community indeed.

“Jamaica’s tech scene is in its mid-teen years. We as a nation are known for our sports, culture and beauty. However, the government and outside investors like the World Bank have been investing heavily in tech and innovation within the Caribbean. So we’re just positioning ourselves to being at the forefront of what’s about to blossom in our country and in our region,” explained Mannin Marsh, Lead Developer at Project Grapevine. The Jamaica-based web development and design company recently launched its first product – mobile game Banana Bill.

Gordon Swaby, CEO at learning-focused EduFocal, added his take on how the Jamaican ecosystem has evolved:

I’ve been involved in Jamaica’s tech scene for over seven years, and it’s amazing to see how much growth we’ve experienced. We’re definitely not where we need to be, but it’s great to know that more attention is being placed on the space by the government of Jamaica, private sector and other stakeholders.

Attesting to the development Jamaica’s tech scene are its startups and entrepreneurs themselves. Take, for example, the projects at hand.

Project Grapevine was initially formed to build #thevinelist, a social tool to connect buyers and sellers (it’s still in the works). The team took on Banana Bill as a sort of side project, eventually taking the mobile gaming leap to compete at Digital Jam 3.0, in which they placed second. “We decided to follow through with the game and learn what we can about launching, managing and marketing software so as to prepare us for the more complex system in the pipeline,” Marsh outlined.

Available on Google Play since March, Banana Bill is a simple quest game with unusual controls “that can be quite addictive if you don’t like to lose.” It is still in beta stages as user feedback is gathered and updates are being made. 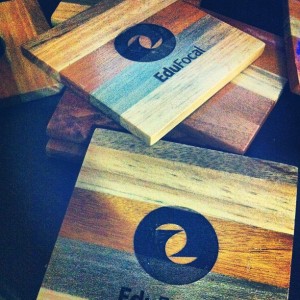 In terms of maturity, EduFocal is a bit more advanced. Launched in March 2012, its social learn platform and tools help to prepare students for standardized tests in Jamaica and the Caribbean. The company has been generating revenues from day one.

EduFocal employs gamification mechanics and offers up over 15,000 test prep questions to engage and prepare users. For each correct answer, students earn experience points, which allow them to level up. Small prizes are offered to ensure motivation, as well as a US$30,000 cash award for the top student. “I’ve always loved video games, and I’ve always had a love for unconventional learning.  The marriage between the two, I think, has worked well and continues to work well, but most importantly, it’s scalable,” Swaby, a rising star on the international scene, reflected.

Strengths, Weaknesses, and a Vision-Based Advantage

The Jamaican technology ecosystem has strengths and weaknesses those on the ground are perhaps best equipped to perceive.

In the plus column, Swaby highlighted talent, English language proficiency and the country’s proximity to the United States. Marsh emphasized other points:

[Jamaica is] definitely a small, focused market. It’s not too difficult to find people who share your interests and who also possess unique skillets. And as the country’s use of smartphones and internet access increases, so does our test market, as we prepare to develop apps suited for the international scene.

The Project Grapevine developer also mentioned areas for improvement. “The major weakness is that the nation is not yet tech savvy enough. Too many people are still computer illiterate and have little internet access,” he explained. “The current banking system is also not very unified, so it is quite challenging to take payment through applications without facing difficulty or harsh expenses.”

Swaby mentioned the finance issue as well. “I think we have things we have to work on, e.g. making the process of accepting payments online simpler and more affordable to the average startup guy. Starting and growing a company is hard, and figuring out how to accept payments shouldn’t be one of those problems,” he noted, adding:

I also think that our local developers need to better learn how to work in teams and broaden their scope in terms of thinking about problems that need to be solved not only locally, but also on a regional and international level.

On his last point, Swaby identifies what could potentially be a major advantage for Jamaican entrepreneurs – the fact that their local economy is so small that it almost forces a more global vision. And both he and Marsh have developed products that reach far beyond the domestic market.

For EduFocal, the sector at hand is a universal one – education. “This means that there’s an opportunity for us in almost every country of the world to not only be profitable, but impactful,” the company CEO affirmed.

And for the Project Grapevine team, a small local market will serve as testing ground for what they hope will be large-scale projects in the months and years to come. “We always try to ensure that our apps have an international appeal and are relevant once they leave the realms of the Caribbean,” Marsh affirmed. “With the local market as focused as it is, we get to test our app and ensure that it is suited for the international scene before we actually market it to that population. That definitely works to our advantage, as we get to debug and work out the kinks locally so as to adequately prepare for bigger world.”