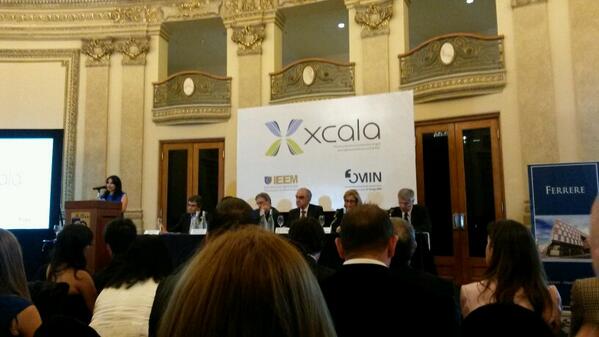 In an effort to consolidate Latin America’s angel investment network, FOMIN has launched Xcala. The initiative will work to promote investment and entrepreneurship out of the Universidad de Montevideo in Uruguay.

Earlier this year, Susana García Robles, Principal Specialist in Charge of the Early Stage Financing Group/Access to Finance at FOMIN, discussed with PulsoSocial the importance of strengthening angel networks to stimulate growth in the ecosystem. And in an interview this week, she outlined the reach of the new Xcala project.

Clarisa Herrera: How has Xcala come about?

Susana García Robles: This is a regional project aimed at consolidating and strengthening angel networks in the region. It’s got a backstory. In 2005, FOMIN tried to do the same thing – but we did it in an entirely different context. Today, Latin America has a virtuous cycle of entrepreneurs. They’ve made money, and they’re mentors and angel investors for others. There are accelerators all over the region. We consider this a very good moment to plan out a regional program for network support.

SGR: We sought out an executing agency. A business school that is recognized in entrepreneurial issues is the Escuela de Negocios Empresariales at the Universidad de Montevideo. It also has a network of nine business schools throughout the region to which we gain immediate access.

CH: What is the landscape for angel investors in your mind?

SGR: The project has a number of components, namely training angel investors. The new generation of investors doesn’t need training, but the older generation – those who invested in fixed income and brick and mortar entities – need help. We also think that part of our lessons learned are tied to the fact that networks haven’t had a manager, which complicated the situation because angels didn’t know how to invest. When things went poorly, blame was placed on the ecosystem, so that figure is necessary. The traditional investor is shortsighted, looking for annual dividends instead of thinking in the long-term.

CH: Does it also contemplate aspects beyond investment?

SGR: Yes. At the same time, we believe that entrepreneurs need to improve their pitches. The project will unify many initiatives, such as Endeavor, Ruta N and iNNpulsa. We want to democratize the playing field for entrepreneurs to reach investors through networks – not just because the investor knows their parents or their personal networks. If an entrepreneur has a good project, the idea is to facilitate access.

There’s also a component of knowledge dissemination, so we’re going to try to improve statistics with a monitor that follows angel investment – without exposing confidential information. We want to know how angel investment is growing in the region. In summary, our strategy entails training, network managers, angels, better practices, industry events and, in October, a call for angel networks seeking support, the objective being to give them funds for a while until they become self-sustainable.

CH: It’s worth noting that a woman is heading the project. What’s going on with women and investment?

SGR: Within the executing agency, the person in charge is Isabelle Chaquiriand, and part of the project entails, when possible, discovering ways of creating networks that invest in women. We’re working with Anjos do Brasil, an angel network in Brazil with various groups, one that is exclusively for women. There are already networks exclusively for women.

CH: You mentioned working with traditional investors. How do you attract them?

SGR: We can’t change history. This is high-risk investment. We’re going to try to get them to interact with experienced angel investors, including those from Spain. We are focused on stress-free numbers, the amount of money someone could throw into a trashcan and set on fire without implications for their children’s education or family vacations. The amount depends on each case, but the idea is that an investor has the luxury of picking something high-risk each year. We want to show angels who started out with a short-term mentality that there’s an amount they can bet as though they’re playing Roulette. Instead of investing in one project, they can do several. The returns they start to see are incredible. The key is diversifying – that’s the question.