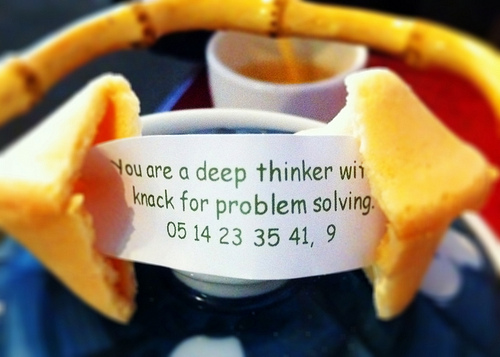 In March, Aceleratech was named by Brazil Founders as the top accelerator in Brazil. Having launched barely over a year ago, the São Paulo-based organization has gained momentum fast. And now, it’s speeding things up even more, launching the call for its fourth acceleration process.

The Aceleratech program consists of a four-month acceleration period followed by an additional three months of incubation. It combines education and mentoring, partnering with leading university ESPM for its module-based program. The program focuses on marketing and sales as well as fast traction.

Aceleratech’s fourth class will receive the support of Start-Up Brasil, as the accelerator is one of 12 programs partnering with the government initiative’s second official call. It has also outlined agreements with international programs to help entrepreneurs develop high-impact projects for both domestic and international markets.

Applications are now open, and submissions will be accepted through July 31st. Those interested in finding out more and applying may do so here.

In an effort to learn more about Aceleratech’s trajectory and what it’s looking for in its next batch, we reached out to Pedro Waengertner, one of the founders of the initiative.

Emily Stewart: You guys launched over a year ago. What have you learned since then?

Pedro Waengertner: We are constantly reevaluating the program, testing new approaches and really trying to come up with the best acceleration program designed to our current reality. One of the things we learned early on is to bring teams that already have a product developed. Since our program is only four months long, we try to focus a lot on product testing and distribution. Growth is one of our main concerns. If a team has to develop a product from scratch while accelerating, there’s a good chance they won’t be able to test customer acquisition strategies. Another lesson learned recently is in building a community around the companies that have already accelerated. Since we have around 30 companies, there is a lot to gain when they start helping each other.

ES: What have your biggest success stories been among your startups?

PW: We are very pleased with the success some of our companies managed to achieve so far. There are a lot of interesting stories, but I’ll pick two. Kaplen, a credit card consolidation solution for retail, has managed to grow over 15% a month since they started acceleration and has never lost a customer. For a SaaS company, it’s pretty amazing. There’s also Love Mondays, which managed to win Punta Tech, one of the most important investment events in Latin America, and is growing really fast. They manage employee evaluations for large companies, and this is something new in Brazil.

ES: You’re working with Start-Up Brasil. What has the experience been like?

PW: We are very pleased with the government’s program. Not only they are able to secure US$100,000 in funding for accelerated companies, but they are a great source of talent for us. The team that manages the program is very competent and knows a lot about the Brazilian ecosystem. It’s motivating a lot of entrepreneurs to start pushing their companies to the next level.

ES: What sorts of companies will you be eyeing?

PW: We learned early on that we have to be very open to a lot of different markets and business models, but we definitely like B2B companies a lot. Almost 70% of our companies are B2B, although we have also some great B2C companies. We look for big markets and big problems. One thing we generally don’t like are business models based on advertising and companies that need to grow a lot before starting thinking about revenue. We like companies that can generate healthy revenue early on. I think it is related to our market maturity, but that is what works now. Almost 70% of our companies have revenue, and 20% of them are breaking even. We love that!

Find out more and apply to become part of Aceleratech’s fourth generation of startups here.