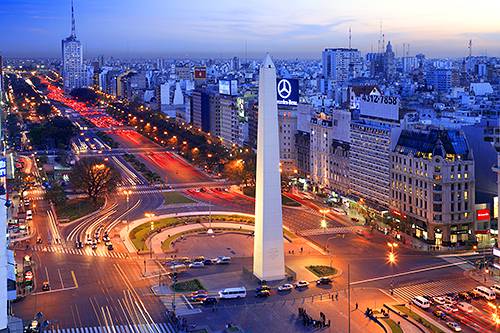 The Buenos Aires government has outlined a number of programs and initiatives to support entrepreneurship and venture capital in the city.

The government of the City of Buenos Aires is turning its attention to entrepreneurship, announcing that it will join forces with local startup accelerators to support early-stage businesses.

The initiative forms part of a general plan of innovation and entrepreneurship taking shape in the city. It entails programs, activities and incentives for high-impact entrepreneurs – the drivers of the innovation motor.

“The world is, undoubtedly, looking at entrepreneurship as the motor for future economic development, and that is especially important for our country and region, because Latin America’s advances in the implementation of programs that support entrepreneurship and incentivize abilities and creative talent are evident everywhere. We have a spectacular opportunity, and it is our responsibility to seize it with the seriousness it deserves, incorporating it as a state policy and accompanying its development with educational plans aimed at changing people’s mentality,” explained Enrique Avogadro, Creative Economy Sub Secretary of the Government of the City of Buenos Aires, regarding the initiative.

The plan’s pillars are tied to education, co-working, networking and financing. According to Apertura, the initiative implies an investment of AR$28 million (US$3.5 million), of which AR$18 million (US$2.25 million) will go to five accelerators. Mariano Mayer, General Manager of Entrepreneurs of the Government of the City of Buenos Aires, outlined the program’s objectives.

Clarisa Herrera: The city is changing the concept of the entrepreneurial ecosystem. In what sense?

Mariano Mayer: This arises from a change taking place in the elaboration of a general plan of innovation and entrepreneurship for the City of Buenos Aires, which is what helped to bring Singularity University to Buenos Aires. The plan is tied to a global trend, where innovation is a strategic element of achieving sustainable growth. This contemplates four lines for work: educating for the 21st century (human capital), entrepreneurs and creative economy as an economic motor, innovation for inclusion, and smart cities. With this ambitious plan, we recognized that the city’s entrepreneurial area must be aligned with the general strategy, especially because it requires an entrepreneurial ecosystem. That’s what we’re working on.

MM: The first thing we did was to perform an assessment, from which we detected four shortcomings. The first was a somewhat biased view of entrepreneurs, limited to ICT and leaving out social impact and other verticals within creative economy. Second was human capital. While in Buenos Aires we’re happy to boast about our entrepreneurs, the educational system isn’t adapted to world trends. New technologies pose an enormous challenge in education and work, and different skills are required. Moreover, Buenos Aires doesn’t yet work like a startup community. It’s true that it has a 15-year trajectory, that there are university initiatives, but it’s not working to its full potential. Collaborative workspaces are lacking, as is access to information for the community. Finally, you’ve got financing. Buenos Aires had 70% of the region’s venture capital before the bubble burst, and today, it is listed second to last on the Latin American Venture Capital Association ranking.

CH: You’re in contact with a number of venture capital references in the region. Why are they backing away?

MM: They see a hotbed of interesting projects with some of the best profiles in the region, but legislative framework is missing. There are obstacles related to currency controls and importation restrictions, and legal security is among the biggest concerns. Some also have the sensation that startups are lacking maturity when it comes to a global vision. We have a big task at hand in helping them to think bigger – globally or regionally. In some cases, economic context is tied to global profiles.

CH: How was the plan inspired?

MM: We did some benchmarking. I went to Israel to study the entrepreneurial ecosystem there, as well as Silicon Valley and Malaysia (to the Global Entrepreneurship Summit). These experiences, combined with meetings with distinct references, helped with the delineation of the plan.

The umbrella under which this program falls is called Buenos Aires Emprende. Before, BAE was an activity, but now, it’s an umbrella. At the center is a change – the entrepreneur is someone who wants to create value.

CH: Why make the decision to invest in accelerators?

MM: While we’re speaking with venture capital funds from abroad, telling them what we were doing and proposing for them to return to Argentina or receive our entrepreneurs, we’ve decided to start with something local. The idea is a pilot test with a seed capital program to make investments. The model is Israeli and has been copied in other countries, where the state doesn’t decide which projects to invest in but instead supports the decision of someone with more know-how (a private investor).

CH: Why doesn’t the state get involved?

MM: In general, it’s not good at it. Moreover, private entities are putting in their own money, so while you’re not guaranteed success, you are seeing a high level of involvement. We’re not going to start with just any private investor but instead with the one with the most added value – and not just money. That’s why we liked the accelerator format, which provides networking, mentoring, etc. We’re going to select five through the contest, and if that works, we’ll have a new call and invest more money. It’s double purpose. On the one hand, we’re developing the local venture capital industry and investment culture, and on the other, we’re injecting funds into the market. We’ve also put together an observatory, because what we want to do is to measure the impact of the initiatives and their efficiency and open up program data so that it’s visible to everyone.

CH: Training is a fundamental part of the plan. How do you plan to approach it?

MM: Thanks to an agreement with the Ministry of Education, within the initiative of the new secondary school (pilot programs are underway), we’re going to include entrepreneurship and technological education. For those who have already finished school, we’ll have a training program (Academia BA Emprende) focused on soft skills (empathy, resilience, accepting failure, teamwork, etc.) and agile methodologies (lean, canvas, design thinking, etc.). Moreover, we plan to take this content to the base of the pyramid (the lowest-income areas of the city).

CH: What initiatives are in place with respect to community building?

MM: We hope to create a network of collaborative workspaces in the context of Territorio Creativo (a private and government initiative) so that there are more labs and co-working spaces. The CMD is being converted into a collaborative workspace and the Red de Emprendedores. Likewise, we’re designing a digitalization platform for the city’s entire entrepreneurial ecosystem, and we’re working with open innovation program to generate synergies.