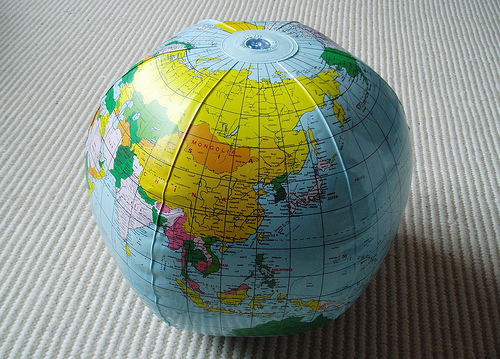 Lorena Suárez and Andrés Saborido talk Wayra in Latin America, internationalization, and why the world is the best market.

Things are changing at Wayra. The Telefónica accelerator held a press conference in Buenos Aires yesterday to discuss recent movements within the organization, including the designation of Lorena Suárez  as Country Manager for its Argentina division. Suárez will replace Andrés Saborido, who will now lead Wayra’s Spain operations, managing its academies in Madrid and Barcelona.

Saborido and Suárez explained the accelerator’s strategy of internationalizing its startups as part of its regional focus.

Clarisa Herrera: How, in your opinion, has the panorama in Argentina changed with respect to the tech ecosystem since Wayra disembarked?

Andrés Saborido: Seed opportunities are very different since Wayra started out three years ago. We’ve got an exit important to celebrate with the sale of Comenta TV, and 80% of our companies receive investment. To mention another landmark, Fast Company recently designated us one of South America’s most innovative companies, another point of pride.

Lorena Suárez: Wayra accelerates business systems and ecosystems wherever it lands. The profile of the companies that arrive have changed. In 2011, they came with an idea on paper. Today, they’ve got a product, even traction. Moreover, we’ve achieved greater participation from the rest of the country. Half of the projects in the last edition came from outside of Buenos Aires. As an additional piece of data, 60% of Wayra’s companies start to sell abroad. I believe that innovation in Argentina comes from the streets, from bars and from the community but also from the stimulation of big tech companies like MercadoLibre and Telefónica, which drive the ecosystem.

CH: You’ve emphasized Andrés’ move and his new role in internationalizing startups. At what levels?

AS: One of the issues is keeping in mind where clients are – the market for the companies we invest in. Argentina is a very small market. Latin America is a more interesting market, but the world is the best market. In the first place, I look at it as a way of approaching clients and opening markets for the companies that work with us, and second, as opening these companies up to our network of investors. In general, what happens is that Argentine and Latin American investors know the companies we have here well, but European investors know them less. Uniting the worlds of Latin American and European entrepreneurs with investors from both regions and, of course, the U.S., is interested for both parts. There are different business profiles in the United States, Latin America and Europe, and being able to mix everything together is the best perspective for the industry. I also believe that at the end of the day, it’s about contacts, people. As people move across different geographies, all contacts are welcome.

CH: What are we lacking regionally with respect to entrepreneurial culture? What can we learn from other ecosystems?

AS: There are a number of things that have been done to foster entrepreneurial culture. As more success cases appear, that incites culture and is contagious, but there is still a long road ahead. I believe that the seed capital problem is pretty well solved today, but more funds are needed for the next stages of growth. Challenges are tied to that, and internationalization addresses that as well. It’s unlikely for a U.S. investor to invest in a company that is only active in Argentina, but if that company is present in other markets in the region with which the investor is more familiar, it’s much more probable for him or her to invest. That’s what we’re seeking with internationalization.

CH: Wayra has closed a deal with Chinese accelerator Virtue Inno Valley. What might that imply for the region?

AS: After Europe, Latin America, the U.S. and Israel, China is an enormous market that the most ambitious entrepreneurs are trying to capture. There are many cultural differences. And while technology breaks through barriers, obstacles remain. This type of association with such an important accelerator helps us to get through, to overcome barriers and allow one of our companies to get in. There are also Chinese companies that are interested in Western markets, and we contribute there. I hope to be able to accentuate this tie in the medium term.