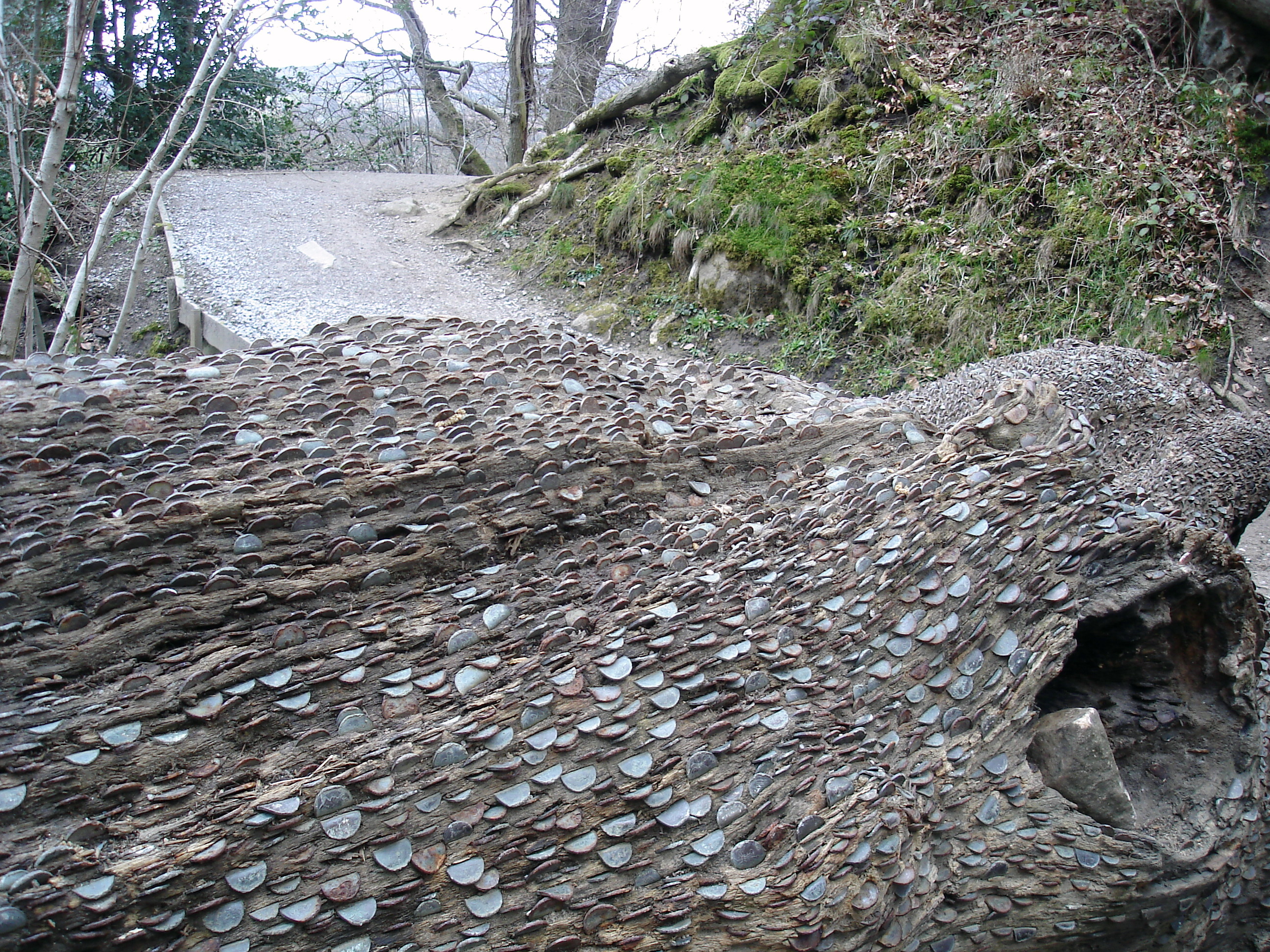 A look at the revolutionary potential of Bitcoin in Latin America with BitPagos CEO Sebastián Serrano.

Most members of the Bitcoin community agree that, just like in the 90s with the internet, we’re on the brink of a revolution. And with the arrival of a new market come a number of new players – investors, businesses and startups – all hoping to get a piece of the pie.

Among those leading the way in Latin America is BitPagos. Headed by Sebastián Serrano, the Argentina-based company is one of the region’s first Bitcoin payment gateways. It’s been accelerated by Boost.vc.

Over the past year, BitPagos has made a number of changes and adjustments. It has expanded its team (Fernando Paradiso and Luciana Gruszeczka lead the company with Serrano), and it will soon be closing a round of funding. The business already has a presence in Argentina, Chile, Ecuador and Brazil.

Due to the instability of its currency, Argentina is one of the countries that have most embraced Bitcoin. According to Serrano, its Bitcoin community rivals those of Israel, New York and San Francisco. “Argentina is a market that demonstrates interest. We see it in the movement of sites like Local Bitcoins, on Facebook pages dedicated to the issue. We estimate that there are 300 brokers who buy and sell bitcoins right now,” he explained. In the region, about 50 merchants register habitual activity, with about 1,000 registered overall. Around US$100,000 per month are exchanged through the virtual currency.

Could Bitcoin be the definitive tool for driving financial inclusion in Latin America? We reflected on that question in an interview with Serrano in Buenos Aires.

Clarisa Herrera: What is your analysis of the reach Bitcoin can have today in the region?

Sebastián Serrano: There are distinct situations, depending on the country. For example, in Argentina, the community is very strong. A number of people have virtual wallets and use bitcoins, and a Bitcoin economy is starting to grow. You have the example of a restaurant that has bitcoins and has found two suppliers that accept payments with them. They provide materials the restaurant needs. In Argentina, there is no strong exchange because of the fears surrounding government controls. In Brazil, the situation is completely different. There’s a big exchange, called Mercado Bitcoin, the region’s largest. However, there are few places that accept bitcoins, and users aren’t adopting them as much, either. In Chile, there isn’t an exchange or a significant community, but the government is demonstrating much more openness. There are Start-Up Chile companies in that arena. In Mexico, there is a considerable amount of adoption, and there is an exchange operating in some ATMs as well. In fact, it’s the only place that has them right now. They could appear in Argentina soon, because there are many projects working in that area. There are various startups emerging throughout the region related to the circuit.

SS: Most countries are in a passive position, observing what happens. Brazil has the most evolution and last year approved an electronic payments law that mentions electronic currencies. It doesn’t speak of virtual currencies, but it is the framework Brazil has today regarding the activity. There is a letter from Brazil’s central bank saying that they’re going to wait to see how Bitcoin is regulated internationally before emitting their own regulations. I think that’s what’s going to happen everywhere, that governments will wait to see what the U.S. does. What is most worrying is money laundering. What we’ll come upon are disparate treatments. The Pacific Alliance will surely have a common regulation, and Argentina and Brazil will have a second set of regulations, which will arrive in the medium term.

CH: You mentioned earlier that most people use the cryptocurrency for savings and speculation. Doesn’t that work against the idea of a Bitcoin economy?

SS: That is happening, principally, on a global level. It’s what most Bitcoin users are doing in the United States and Europe. In those countries, 90% of the population is banked and has credit cards. What we’ve noted in Latin America that’s distinct from the U.S. is that here Bitcoin has more uses for its properties as a channel. Today, it’s a way of making international payments, and an economic one. It is a form of accessing assets valued in dollars, which in countries like Argentina and Venezuela are highly valued due to their economic situations. 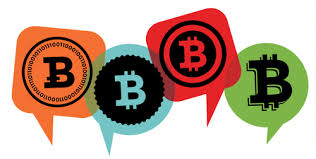 CH: What advantages does it have in remittances and the informal economy, two realities for the region?

SS: In Latin America, international commerce and remittances are economic motors. In Argentina, exportation is the base of economic activity, and in internal countries, remittances are a major part of people’s incomes. Today, remittances have high costs, and international transactions do, too. Bitcoin can help in these cases. The cost of a remittance from the United States to Latin America is 6%. Using Bitcoin as a channel, that cost is significantly reduced. The social impact on the region could be enormous. An estimated US$61 billion come from the United States to Latin America in remittances each year. Saving just 1% on those transactions would mean US$60 million.

CH: Merchants are the other component here. What advantages does Bitcoin provide for them?

SS: Bitcoins are like a cash transaction. It’s much more affordable to carry out the transaction, because there’s no charge back for the seller. The transaction, once completed, can’t be disputed, which is something that happens a lot online. It is also a new way of accepting payments, opening the door for more clients. There are no barriers to entry, and new segments are opening up. In Latin America, only 10% of the population has credit cards. The rest, if they want to deal with things online, need an alternative payment method. It’s hard for a consumer to make a compulsive purchase online if he or she doesn’t have a credit card. If he or she has to buy something, print a voucher and pay it in cash elsewhere, there’s a separate task tacked on. Bitcoin doesn’t require credit. An online payment can be made fast and efficiently, without a bank account or credit card, with no restrictions regarding age, residency, income, etc.

CH: Do you think regional giants like Despegar, MercadoLibre and Dafiti will start to incorporate the cryptocurrency in the medium term?

SS: I believe that will happen. Today, what’s happening with big online retailers is that there is no regulation, meaning there’s no framework. The bigger the company, the more actors paying attention. A company like MercadoLibre, which is on the stock market, doesn’t only have to be careful with transactions – there are also shareholders, responsibilities. It’s the dilemma of innovation versus traditional business. Eventually, there will be regulations that will provide a framework. And when there are more users, it will be more attractive to accept bitcoins.

CH: You insist that we’re in the “prehistoric” era of the Bitcoin age. What do you think lies ahead?

SS: It’s an enormous innovation, above all because it is a distributed database where the parts don’t have to trust in other nodes. It will have an impact in everything tied to online property. Today, the first application is digital currency, but beyond that, this will allow for smart contracts. Keep in mind that it’s programmable money, in which we can embed small scripts in transactions or programs that define if the transactions are completed or not depending the conditions of the contract. Smart properties could be built, properties that know who their owners are based on private keys of purchasers. Later, properties will be verified and exchanged through the Bitcoin network. We could se an auto-finance program, a program that has a certain quantity of bitcoins and that pays online for its resources – for example, an Amazon account. As long as it’s profitable, it will get more bitcoins and pay its costs, and if it doesn’t have enough demand for what it offers, it won’t be able to pay for its services and will disappear – a sort of Darwinism, where programs finance themselves.