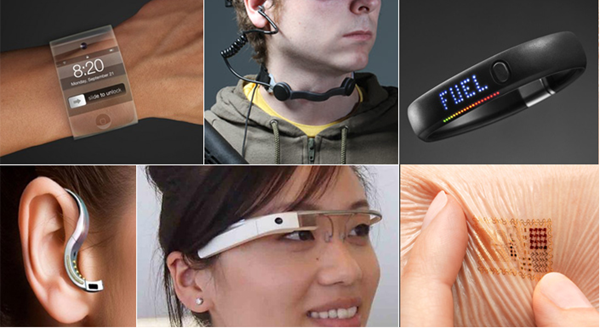 Globant's Pablo Vittori talks wearable technologies, their applications and where they stand in penetrating the market in Latin America.

Connectivity is changing every day, and not just in the online realm – in the physical world, too. The objects that surround us are becoming increasingly smart. With 2014 looking like the year that wearable technology will go mainstream, we can expect a number of devices, from glasses to wristbands and beyond. And it’s not just Google Glass. At this year’s Mobile World Congress, various products and prototypes were presented for life tracking and body sensing.

In more mature markets, wearable technologies are starting to gain ground and play a more significant role in consumers’ lives. In Latin America, however, things are just starting out.

At a Flip Thinking event hosted by Globant, we spoke with Pablo Vittori, VP Mobile Technologies, about how the company is incorporating wearable technologies into its business and who is at the forefront of change.

Clarisa Herrera: What are the essentials of understanding the concept of wearable technologies? 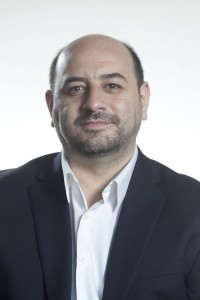 Pablo Vittori: There are three main axes. First, the Internet of Things is at the base, because everything that is mobile and in the realm of wearable computing is centered on the concept that everything is constantly connected. At Globant, we’ve been working on wearable computing since the start of last year. In May, we started to try development in Google Glass, and thanks to some of the requirements advertising agencies had for prototypes, we started to work on two things – on the one hand, equipment for wearable computing (Google Glass, smart watches like those from Samsung), and on the other, on the concept, which is most important, the change of interface paradigms.

CH: On what level is this change being produced?

PV: The biggest challenge we faced last year was the change in the way users are interacting with devices. Before, we worked with keypads or with touch on mobile devices, with gestures on touch screens. But about midway through the year, and with even more force this year, we’re moving in a new direction: voice recognition, new interfaces, gesture recognition (not on the screen but with a camera), location, experience personalization to filter content and format according to where users are. This change means no more multiple menus with a ton of clicks to arrive at an objective. We’re moving toward something much more direct, where users, with one command, can search and find what they need.

CH: On a regional level, is there a mature enough market for these technologies?

PV: The tech market is fairly slowed. Talking about Google Glass, for example, is very difficult, because there isn’t access to these types of technologies, at least for final consumers, although yes on an industrial level. We have two or three big industrial clients looking for wearable technologies (Google Glass or smart watch) for their workforces in plants, generally as safety tools to avoid accidents. With Glass, for example, operators have their hands free, and its application is interesting in that sense. On the other hand, iBeacon with Bluetooth low energy (BLE) is a technology that acts on recognizing people in physical environments and sending them information. It would be useful for locating operators in a plant. Each machine could have an iBeacon to alert operators on their mobile devices when they’re close to a dangerous piece of equipment, thus avoiding accidents. Sometimes, alarms and sounds aren’t enough. These types of things are already happening in Argentina, but it’s slow, because the industry isn’t very open to new technologies due to costs and access levels. In the region, Brazil will lead this market. The number of businesses going for these technologies has caught our attention.

CH: Do you have an example of other markets where final consumers are using these technologies?

PV: Abroad, it’s more common to see these technologies among mass consumers. What we did with Google Glass were advertising campaigns for beer brands, a prototype for a concept test for the Super Bowl this year transmitting real-time game statistics to a small audience via Glass. The idea wasn’t to distract them from the game but to send them the type of information that people in the United States consume a lot.

CH: Analysts coincide that a lot still needs to happen for this market to take off. Why do you think that is?

PV: It’s not a question of cost or ignorance; it’s a question of content. A report that I read yesterday said that one third of wearable computing users (Glass or a smart watch) stop using their devices after two, three months. What’s happening is what happened with the iPhone initially – a lack of content. There’s not a critical mass of applications.

CH: You mean there aren’t enough applications in stores?

PV: There are applications. The Samsung store is interesting, and so is the one for Glass, but they’re lacking applications. For the market to work, there have to be applications, but to develop them, there has to be a market. It’s a particular moment, because we’re facing a dilemma. This year, wearable will grow a lot in industry, because it’s easier to see an application in action – for example, a metalworking plant buys Glass for operators, and then someone else does, and another, and little by little it arrives at the mass market.

CH: Mobile app stores are filled with useless applications. What should these applications be like?

PV: The smart watch is about productivity, above all. You need types of applications related to services that are of daily use, constant. I believe that the secret to the industry is relevance. Developers aim at getting millions of downloads for an app, but the real objective is for them to be useful and relevant. It’s a narrow market, but apps work if they add value.