At the start of the year, social media agency RIOT and digital marketing technology company Kenshoo joined forces by way of a strategic partnership in Brazil. Through the agreement, RIOT will manage advertisers’ campaigns and media buying on Facebook through the Kenshoo platform.

Combined, RIOT and Kenshoo are certainly a force to reckon with. The former is the first-ever Brazilian agency to integrate Facebook’s Preferred Marketing Developer (PMD) in the country, working to activate, assess and optimize social media campaigns and managing over R$1.5 million (US$664,000) each month on Facebook. The latter handles more than US$5 billion in analyzed media spend, with more than 25% of budgets delivered across mobile devices.

“As the market matures, it’s been increasingly hard to get good ROI rates for marketing actions on Facebook without the appropriate investments and a strategy with effective business goals. This partnership will help us gain scale and also quality, as Kenshoo works with exclusive features made available only through API, which will make us even stronger,” remarked Walter Motta Junior, Head of Partnerships at RIOT, in the official partnership announcement.

We reached out to him to learn more about Brazil’s booming social media market and the trends to look out for.

Emily Stewart: RIOT is one of the region’s first social media agencies. How have you seen the industry evolve?

Walter Motta Junior: RIOT started in 2006, at a time when most people didn’t even know what the heck social media was – even those working at distinguished agencies and technology companies. Claiming to be the first-ever Brazilian social media-focused agency, we pioneered several initiatives and have seen this industry evolving from water to wine. 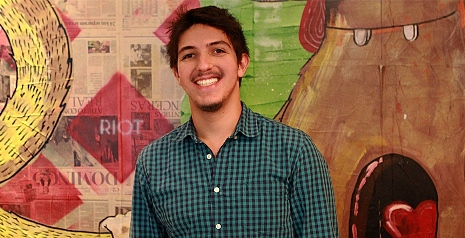 As we enter 2014, it’s important not only to look back at the past to determine what worked and what didn’t, but also to think about the year ahead as a more mature age. Social media – and its extension on mobile – will genuinely start to play a vital role in today’s consumer decisions, trust, and word-of-mouth.

Now more than ever, brands will shift away from using likes, comments, shares, retweets and such as primary performance metrics and pursue macro objectives like increasing sales and revenue, brand equity, etc. – something that can still be challenging for many marketers.

The rise of mobile smartphones and the upcoming World Cup also mark a huge opportunity for brands hoping to make it big in Brazil, which was recently dubbed by The Wall Street Journal as the “social media capital of the universe.” Big data will be cut down to size and broken up into smaller, more-manageable pieces, so ads and messages can be precisely targeted. To wrap up, there’s one essential component to be understood and used in unique, smart ways: real-time marketing/conversations. Whoever gets all this right will absolutely achieve success along this year.

ES: Why go with this partnership? What benefits will each side reap?

WMJ: Since Facebook’s early ages, I have been following the development of the social marketing ecosystem very closely, especially the rapid development of new capabilities that Facebook has released over the last few years. Without any doubt, my perspective is that using a Facebook Ads API-based third-party solution is definitely the way to go when it comes to scaling operations and optimizing budget towards actual business goals. Whether we wanted it or not, as an agency, partnering up with a powerful technology platform in this segment was just a matter of time. Therefore, we chose the best.

ES: You’ve got a good hold on the Brazilian market. Will this help you to go elsewhere, or do you think it will help Kenshoo get in?

WMJ: This partnership will help us chase our goal of seeing our clients double down their media investment in Facebook in just six months, gain scale, increase efficiency and ultimately drive actual ROI. At the same time, as we’re running Kenshoo’s managed services business in Brazil with exclusivity, it will help them better establish a local presence and get more customers, thus bringing about many success stories.

ES: Brazilians love social media, but how do they act differently? How do you characterize them?

WMJ: To cut a long story short, Brazilians are inherently social people. TV soap operas, known as telenovelas, and sports are discussed constantly, meaning we kind of have two Super Bowls per week here. Social media is also a uniquely democratic institution in Brazil. While the country has a notoriously deep divide between rich and poor, mobile phones give even underserved urban communities and remote rural areas access to social sites. Plus, potential for growth in this sector remains strong.

Brazil has a young, socially-connected population who are happy to engage with brands. Furthermore, Brazil’s expanding middle class is increasingly going online, and social media are particularly popular because of its hyper-social culture.