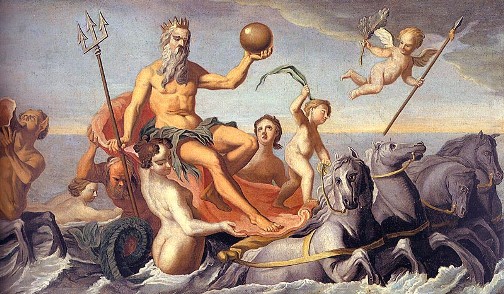 Not only are startup fairy tales inaccurate, but they prove detrimental to the ecosystem as a whole, breeding unrealistic growth expectations and failure.

Startup myths are pretty much always the same – an entrepreneur gets a great idea, creates a product that’s an immediate hit, achieves exponential business growth and becomes a multimillionaire. That’s the story we often imagine for big names like Mark Zuckerberg, and the founders behind Groupon, Airbnb, Twitter and Dropbox. But it couldn’t be farther than the truth.

In a recent post, Compass tackles the issue of startup fairy tales, outlining not only why they’re inaccurate, but how they actually prove detrimental to the ecosystem as a whole. The myths surrounding the startup world breed unrealistic expectations for growth and, in turn, lead to failure.

Many founders pursue growth almost obsessively, making leaps before they and their businesses are ready. In turn, as many as 74% of high-growth internet startups fail due to premature scaling.

What’s wrong with growth? Nothing, per se. In fact, the difference between a small business and a startup is the expectation of high growth. What matters, however, is timing, and scaling at the right moment and under the right circumstances. Of course, knowing when a startup is ready is easier said than done.

Customer acquisition, retention, revenues, traction, and virtually any other metric used to measure startup performance require context – a comparison, a benchmark. For many industries, benchmarks are easily perceivable. But for the little guys, the situation isn’t as clear, if not impossible. Who can they compare themselves with, and how?

In their search for benchmarks, many entrepreneurs run into myths that are, unfortunately, presented as fact. Compass sites week-on-week growth rates of 22% for Facebook, 20% for Groupon and 17% for Airbnb.

The thing is, there’s a lot more behind these startups than meets the eye. The Airbnb team racked up an enormous amount of debt and started selling political-themed cereal to get themselves out before achieving significant growth. Groupon was a struggling activism engine before pivoting to take off. And Facebook was a secondary project for Zuckerberg, who initially accepted ad revenue to offset the US$85 per month server space he rented.

When these nuances go untold and entrepreneurs believe the myths, startups fail. Founders are under constant pressure to scale, but they have few tools to decipher whether they’re ready to do so beyond their own instincts.

Startups that wait for the right moment to scale have higher rates of success and survival. Those that fail tend to over-invest in customer acquisition, hiring, product development and other key metrics before they are truly prepared.

Those who start strongest aren’t always those who finish strongest, as demonstrated in the graphic below: 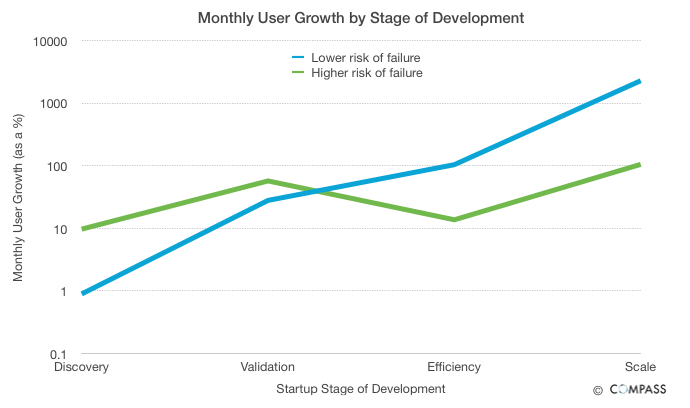 Compass has developed a benchmarking engine for founders to compare their performance with that of their peers, based on relevant criteria (not myths).

User Growth by User Base

According to Compass, there is a 5-10x difference between the median and the fastest growers. While median growth rates peak at around 1,000 users, fastest growers keep getting bigger, reaching a million. 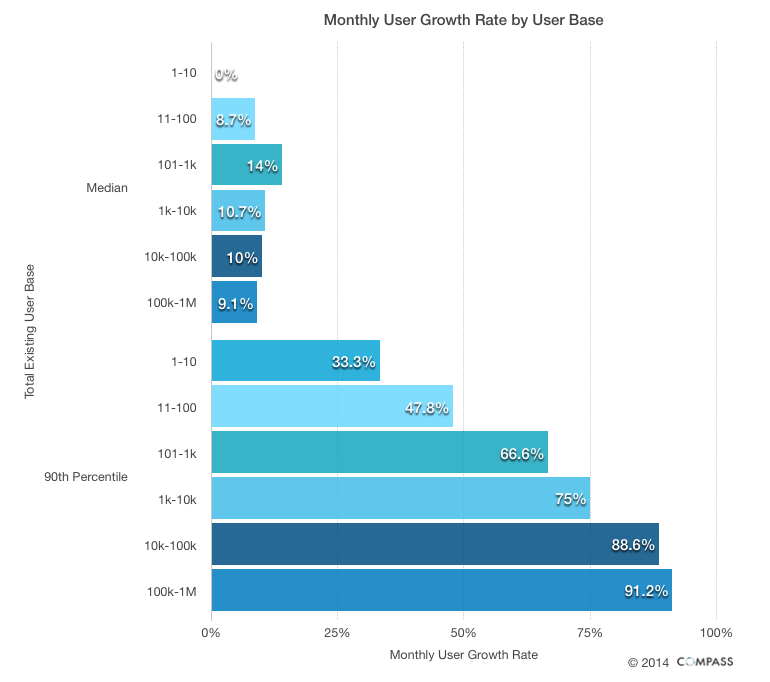 [Note: Software business growth rates broken down by the size of their existing user base and displayed both the median and 90th percentile values.]

Here, we see data from the 10 most popular customer acquisition channels for startups – and a big difference between the median and the fastest growers. 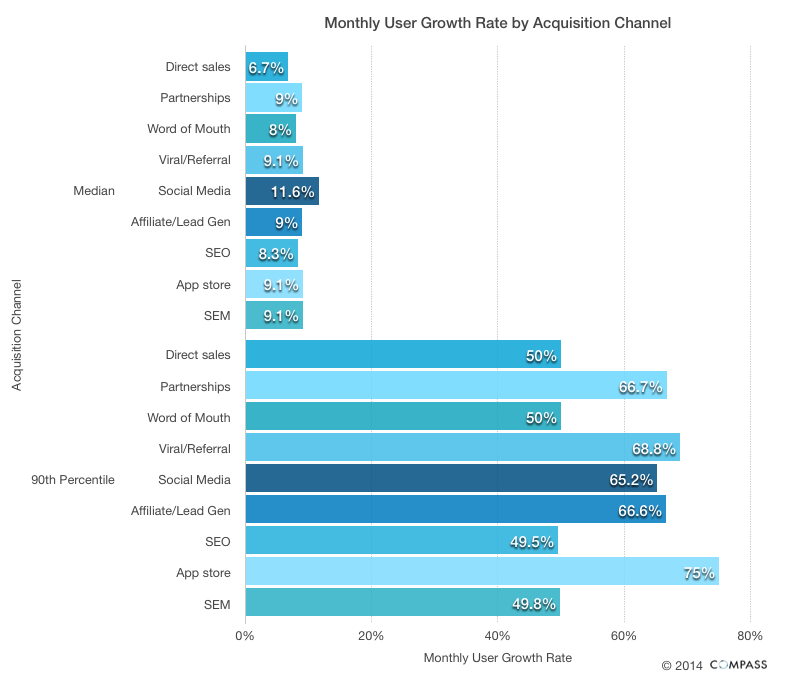 Another interesting perspective in user growth is tied to funding level. 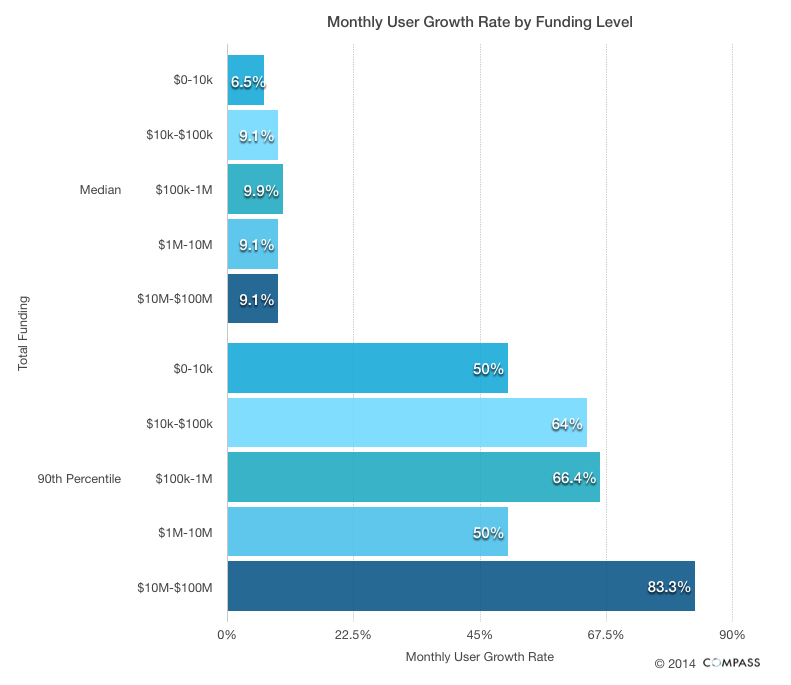 This graph looks pretty similar to those above. Median growers are about 9% per month, and the fastest are 50-60%, meaning investors are looking at factors beyond growth rate when making their picks.

Of course, these graphics are based on aggregates, and context must be considered. It’s one thing to build an enterprise software company that generates sufficient revenues from five or 10 clients and another thing to profit off of a freemium-based mobile app that needs a million users to break even. The objective, however, is the same: to demolish the myths and fairy tales of the startup world and measure true growth.