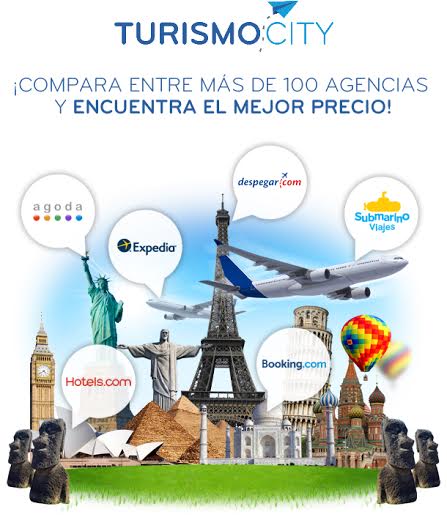 Descuentocity has entered new territory with Turismocity, a metasearch product in the travel arena.

In 2013, Descuentocity made the announcement that it had surpassed one million users in Latin America (it has a presence in Argentina, Chile, Mexico, Colombia, Peru, Venezuela and Uruguay). Later, it began to internationalize its model, landing in Spain, Germany, Canada, Italy, Portugal and the United States. Its 2013 agenda also included the release of a mobile version, which today has over 45,000 downloads.

Clarisa Herrera: What was the experience like of internationalizing the model?

Martín Levy: There are differences from Latin America. For example, the U.S. market is split up among two or three big players, so the aggregator’s message – as opposed to Argentina, where there are five or six important players and Chile, where there are three or four, and in Colombia, three – is different. If you’re an aggregator and centralize diverse offers, the message has to make sense for the user. That user goes to two or three sites, or is bothered if there are more, and then chooses an aggregator. The same thing happens with tourism metasearch engines and with property search engines. When you have a market with many proposals, it makes sense.

CH: Your 2014 market will be tourism. What has your strategic vision been of the metasearch market?

ML: Turismocity is a travel-related metasearch engine, like Kayak and Skyscanner. Tourism represents 30% of e-commerce worldwide, the strongest rubric. Kayak was the first metasearch engine, which had an IPO and was later bought by Priceline. Trivago, which focuses on Europe, was also bought by Expedia, and Skyscanner got a nice investment as well. In other words, the industry’s strongest players really perform well. We also have search services like Booking, Expedia and Despegar.com – it’s an industry with many players but also with possibilities.

CH: Do you see this going global, as with Descuentocity?

ML: Turismocity is aimed at Mexico and Brazil. We’ve also considered it globally, but our initial focus will be there. The advantage we have today is in leveraging the traffic from Descuentocity, where we already have over 1,200,000 users. This then allows us to understand user behavior based on page activities and send tourism proposals. For example, if someone is looking to go to Rio de Janeiro from the 20th to the 27th of June, we want to send him or her Turismocity offers based on Descuentocity searches.

CH: You don’t get the sense that there is too much of an offer for coupons, aggregators and online promotions tied to tourism?

ML: There is a lot of competition, but there are no metasearch engines. What we do is compare with different agencies. You’ve got Booking, Despegar, HotelUrbano, Avantrip, etc., but what you do is get the best price among all those agencies. We believe that the model makes sense, because there are a number of online agencies with major price differences. Despegar is, perhaps, the most expensive thing you’ll find, and there are other alternatives that cost 5-6% less but are largely unknown. There are a number of agencies that are growing significantly because they realize that in the online market there are very good results and even leave the offline realm.

CH: In Brazil, will your strategy be tied to the World Cup?

ML: Brazil is a very strong market for us. In Argentina, Despegar has 80% of online tourism sales – it’s practically a monopoly. But in Brazil, that 80% is diversified among five companies. There are a number of important players, and then there are local players that work under a local model. We launched a bit late, because the idea was to launch during the summer high season, but our hope is to get traffic from abroad, not just local, with Brazilian offers for the World Cup.