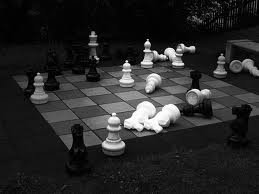 RTB platform Melt DSP experienced significant growth in 2013 and onboarded a number of new clients. Will it stick to Brazil, or look to expand in LatAm?

Last year was a good one for Brazilian RTB platform Melt DSP. The company recently reported 267% growth in 2013, and it expects to increase sales another 350% this year.

Melt’s claim to fame is that it is Latin America’s first demand-side platform. Company CEO Guilherme Mamede gave us some insight into the platform’s background and why it is considered a pioneer:

Since Melt’s 2011 launch, the company has managed to onboard an impressive list of clients. In fact, last year, it brought on 115 new customers, including OLX, NET, Dafiti Sports, Sony and ESPM.

How did the team manage? “The platform is agnostic to the client’s profile,” Mamade explained. “We built it to deliver results, fully oriented to performance, whether the media campaign is for a giant advertiser or a small business with a small media budget. Our media buying process is based on trial, results analysis and frequent optimizations and all in real time. We know very well what the reality of agencies and advertisers in Brazil is, and we had a great challenge, which was to programmatically deliver the expected results without human intervention. After solving this challenge, we provided scalability to our business to attend to as many customers as we wanted, regardless of their size.”

For the moment, Melt DSP is focusing its attention on Brazil, leaving the rest of the Latin American pretty wide open for competitors. One of its main foes regionally is StartMeApp, which largely offers the same set of services and has been scaling globally for quite some time. “The only difference is that they focus on mobile media, and we offer both mobile and desktop inventory. Apart from that, our offer is very similar,” Mamade said.

That doesn’t mean Melt will be shying away from the rest of the region. While the Brazilian market itself is, of course, gigantic, the company does have plans to expand elsewhere, either alone or with a partner.

Expansion aside, things are going well for Melt DSP overall. It receives thousands of auction participation requests per second and is able to decipher advertisers’ targets within a matter of hours. “Sometimes we are speaking of millions of people and other times less than a thousand. So the volume of traffic and consequently the volume of clicks and leads we can provide depends directly to the advertiser’s target,” Mamade explained.

It will interesting to see what happens if and when Melt DSP commences regional expansion.