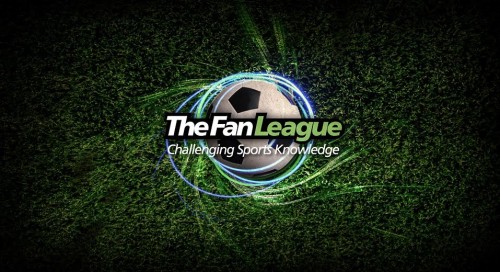 BeGood has acquired fantasy soccer league TheFanLeague in preparation for the World Cup in Brazil.

NXTP Labs is celebrating its fifth exit today. This time around, it is fantasy soccer league TheFanLeague that’s been picked up. In anticipation of upcoming World Cup in Brazil, the startup has been acquired by BeGood SA, a provider of corporate and mobile entertainment solutions in Latin America. The deal is worth nearly one million dollars.

Nahuel Bulián, Cristian Fabián Martínez and Rodrigo Mallo Leiva are the entrepreneurs behind TheFanLeague, a concept inspired by fantasy football leagues in the United States. The team correctly hypothesized that a regional market for fantasy games existed as well, the modification being to adapt the model to the sport of soccer (a passion in Latin America) and the dynamic of daily competitions.

The fantasy games market is an attractive one. According to the Fantasy Sports Trade Association, 32 million people played fantasy games in Canada and the United States in 2010. And in recent years, participation has increased by over 60%. In the U.S., 19% of men play fantasy games, and the NFL fantasy market is worth an estimated US$70 billion.

The scalability and robust nature of the platform were key in attracting BeGood’s attention, especially given the urgency of expansion in preparation for the World Cup. Nahuel Bulián, the founder and CEO of TheFanLeague, outlined the details of the operation in an interview with PulsoSocial.

Clarisa Herrera: Can you give me a brief description of the charm of fantasy games for those unfamiliar with the model? 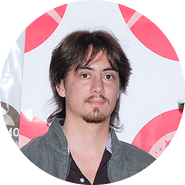 Nahuel Bulián: They’re a competition of sports knowledge. People create fantasy teams using real-life players, for example, in the arena of soccer. In that case, you make a team of 11 players you like and go up against others. Once matches are played, those players, in accordance with their statistical performance, generate a certain number of points (if they were expelled, scored goals, played the entire game, etc.). All of the points of all of your players are accumulated, and if your virtual team has the most, you win.

CH: Were you inspired by a specific startup or benchmark?

NB: This is based on a U.S. startup, Fanduel.com, that I personally was following closely. I noted that such types of games were growing a lot in that market, moving millions of dollars. I started to look into whether the model could be exploited here in Latin America. Our idea was to expand globally, too, we like to think that we can go far. Considering the popularity of soccer outside of the United States, I recognized an enormous opportunity. I began to check whether there really was a market in Latin America. While there isn’t exact data available as there is in the United States, I recognized that yes, there was an opportunity, headed in the same direction as in the States. The idea, then, was to change the sport to soccer, something much closer to our culture.

CH: You founded and developed the startup in record time. How did that process work?

NB: Before March 2013, the first version of the game was online. NXTP opened inscriptions, I applied, introduced the idea and was selected. I then went to work putting together a team. I brought on a friend, Cristian, delegating the technological part to him while I concentrated on business. The vortex of three intense and rich months of acceleration were made even stronger with the entry of Rodrigo, our third partner, thanks to NXTP. He covered an area we hadn’t been addressing, having to do with the monetization of digital products.

CH: Having in mind you’ve been around for such a short period of time, to what do you attribute the success of the operation?

NB: It was a short period of time, but behind it, there is a story of years seeking this out. Luck helps you when you help it. After that, it was being in the right place at the right time and with the right time. Luck came with finding “the bride,” someone with a specific need for something we had, and we were the only ones who had it. The value came out of that. They needed our technology to address a truly enormous need – the arrival of the World Cup. We see the need as well, but they’re the ones who have the resources to capitalize on it. BeGood is interested in the technology, as they are focused on value-added services for telecoms. The speed and robust nature of our technology impressed them. In a very short amount of time, we solved a series of problems they had and were unable to resolve. We were an instantaneous solution for them, in that sense. We hadn’t had significant or relevant financial results.

CH: Will you remain with the company?

NB: We’re always ready for new projects, but today, we’re focused on TheFanLeague, because it’s opened up a world of possibilities. In Argentina, Mexico and Brazil, we’re about to launch with a series of contracts through telecoms and other companies to accelerate our growth. We’ll stay on for at least two years and have an enormous challenge with the World Cup ahead.