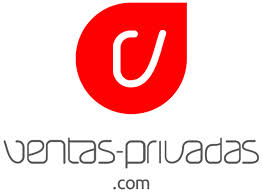 Not all high-impact entrepreneurs make a lot of noise. Such is the case of Ventas-Privadas, an online buying club based in Argentina.

Not all high-impact entrepreneurs make a lot of noise. In fact, it is often the ones who maintain a low profile that manage to build the best businesses, focusing on nothing more than perfecting their ideas and improving implementation.

Such is the case of Ventas-Privadas, a startup headed by Argentine Felipe Herrera Zoppi and Brazilian Livia Moreira Armani. After spending time in Paris, they arrived in Argentina in 2010 with the goal of creating a buying club, emulating a highly popular model in France.

A number of competitors have emerged in the niche since then – and many have failed as well, rendering the case of Ventas-Privadas even more noteworthy. Last may, the company received a US$600,000 investment from Vivid Growth, a fund started by the founders of Globant. It has since reached another important milestone: the acquisition of its Brazilian counterpart, Coquelux. Moreira Armani talked with PulsoSocial about the trajectory of Ventas-Privadas and where it’s headed next.

Clarisa Herrera: Despite your success, you’ve maintained a pretty low profile. Why? 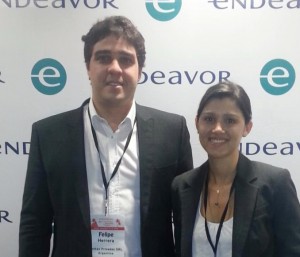 Livia Moreira Armani: Part of our low profile comes from Felipe, because his focus has always been on work, on carving out his space. We don’t do a lot of press. We took part in E-Commerce Day, and our marketing is more word of mouth, even more than Facebook ads, like other competitors. However, we got Globant’s interest, and we were able to catch their eye.

CH: Why come back to Latin America?

LMA: France has a very advanced e-commerce market. It has a number of interesting concepts, and Felipe was a big fan of Vente-Privee and similar sites. We wanted to put something together based on that concept. The investment was ours, four years ago. Little by little, we grew, closing deals with brands and installing the concept. The strategy was talking to brands, find out whether they had excess inventory, and selling those items at a discount. We had to adapt to the Argentina reality, with each supplier finding out what works for both parties. To differentiate ourselves from the competition, we went after a wide variety of brand and products. We include everything, not an exclusive niche.

CH: When did you start to realize the repercussions?

LMA: A year after starting operations, Clarin (CMD) came to see us and proposed buying the business, but we weren’t interested, we didn’t want to sell. We realized soon after that we were doing something interesting for companies. We maintained ourselves on our own funds for two or three years, and then Globant entered the picture. Felipe met Martín Migoya, who liked his profile a lot, and put him on the Endeavor track. That’s how the investment came about.

CH: How does the entry of such a big player modify operations?

LMA: There are different types of investors – some who give you money, want to take control and get results, and others who dedicate their time to mentoring. One of the reasons we accepted the money was the entrepreneurial trajectory they had and the know-how they could provide to help us scale, structure and learn. They’re very well connected people in the world of e-commerce, and they gave us the possibility to grow and expand. Later, the possibility to acquire Coquelux came about.

CH: Buying a Brazilian counterpart is really a big achievement. How did you do it?

LMA: Its CEO, who is from France, had the same idea as we did of a buying club, but focused on luxury items and fashion. We wanted to go to Brazil and considered two options – starting from square one, or acquiring another company. We decided to reach out to them and realized that things weren’t going well, that their business wasn’t working. We detected the problems they were having and started to look at how we could replace their systems with ours – a lot of due diligence. The trust they put in us was incredible, especially considering that we were a much smaller company. They were making 10 times more than we were and had twice as many employees. With the idea of optimizing their operations, we convinced them, and business improved. We closed the acquisition contract in 2013. We, a small Argentine company, own them.

CH: Do you think the closed buying club concept no longer works?

LMA: Yes. Before, we had a closed club, but with the emergence of parallel e-commerce platforms, coupon companies, retailers like Dafiti, the closed page concept stopped working so well. People want to see what’s available first, like a store window. If they’re interested, they follow the steps to buy. Closing the page off doesn’t work anymore, except in the case of Vente-Privee, which keeps doing it.

CH: What did you take away from the experience with MIT students, who offered you consulting?

LMA: It was extraordinary. Those types of initiatives are always fabulous. The students came to learn very seriously. Before arriving, we set up a call with them, defined the issues to address. One was to focus on Coquelux, figuring out what we had to do to sell more, and also deciphering what we could do in Argentina with other verticals. They perform a final study, leave you recommendations, and it is high-level consultancy. We’d love to do it again.