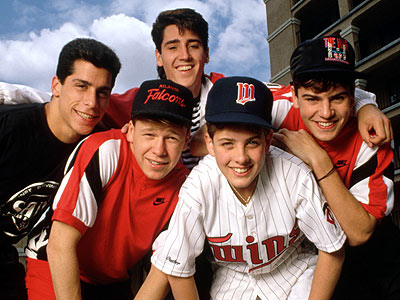 There’s a new music-streaming player in town: Seevl. And it’s got Latin America on the menu, with localized versions in Spanish and Portuguese.

There’s a new music-streaming player in town: Seevl. And as of last month, it’s got Latin America on the menu, with localized versions in Spanish and Portuguese.

The music discovery and listening niche has grown significantly in recent years, meaning Seevl has its work cut out for it in garnering a significant market share. So what makes it different from, say, Spotify or Grooveshark?

“One main differentiator is the way we recommend – and let people discover – music,” explained Alexandre Passant, co-founder of Seevl. “We’ve built a platform combining lots of information about artists, genres and record labels, so that users can really target their discovery to a certain aspect. For instance, listening only to bands signed on a 4AD, playing Latin Jazz, or related to Daft Punk.”

Personalization is also a key feature the startup team is hoping will set it apart. As soon as users log in, the platform creates a mixtape combining favorite artists and tailored recommendations (based on what it’s found on the Google+ or Facebook account they’ve used to create their accounts).

Perhaps most interesting is the fact that the Seevl team doesn’t concern itself with the content licensing issue. The service uses existing APIs like Deezer and YouTube to deliver tracks to users. And according to Passant, it’s entirely legal. It does, however, have its limitations:

As we use APIs from existing music services, we have the same restrictions that they have. For instance, many tracks of the YouTube catalogue are blocked in Germany, so we won’t be able to play them over there in our web-based version. On the other hand, since we use the Deezer catalogue in our Deezer in-app, we are available in all territories where Deezer (all or some parts of its catalog) is available.

To provide artist information (biographies, etc.), it relies on open data with licenses for reuse. Seevl is available both as a web platform and as an app using Deezer.

As mentioned, the startup has rolled out versions of its products in Spanish and Portuguese as well as French and Japanese. Its localization work has been based on where its service is most popular. But it entails more than translation – the Seevl team also has to find artist biographies and information in the correct languages and formats, which Passant said is “more complex engineering-wise.” Eastern Europe will likely be the startup’s next target.

Passant also discussed how Seevl is doing in Latin America with the localized versions available. Unsurprisingly, Brazil has been its top market, representing more than 10% of its Deezer audience in February. Mexico, Argentina, Guatemala and Chile have taken to the service as well.

Latin Americans have proven more engaged with the app in terms of visits and sessions. Moreover, they seem to enjoy the mixtape feature quite a bit (random auto-generated content based on common criteria like artist or genre).

The Seevl proposal is an interesting one – especially with legal issues supposedly out of the way.