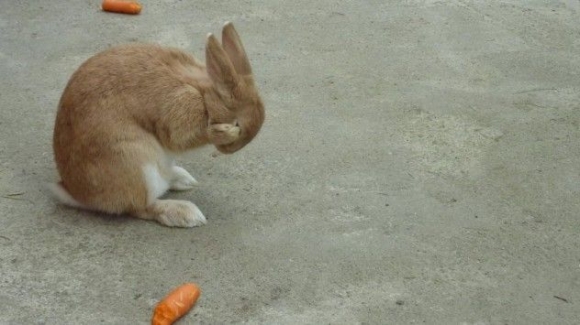 Sebastián Serrano of BitPagos and Mauro Betschart of Moneero talk the future of Bitcoin in the wake of a series of scandals, including Mt. Gox's downfall.

In January, the community was shaken by the arrest of Charlie Shrem, CEO of BitInstant and one of Bitcoin’s top players. Earlier this month, a bot system reportedly launched a “massive and concerted attack” on numerous Bitcoin exchanges, and just yesterday, Mt. Gox, one of the world’s leading cryptocurrency exchanges, disappeared.

Is Bitcoin doomed, and was Mt. Gox’s downfall the final blow? According to Mauro Betschart, co-founder of Uruguayan Bitcoin startup Moneero, the answer is no:

The Mt. Gox closing was to be expected. The writings have been on the wall for a long time, and it was just a matter of when, which finally was yesterday. Of course, this is, in some way, a blow to the Bitcoin community. We “grew up” with Mt. Gox. It was not, however, a blow against the Bitcoin protocol and the currency, which is as healthy as ever, and even getting stronger with new fixes and updates because of these issues. Yes, the price went down a little, but it is picking up speed again and will be back to the regular flow in a few hours or days.

Sebastián Serrano, CEO at Argentina-based BitPagos, reflected on yesterday’s events in the context of the other news surrounding Bitcoin as of late:

The biggest blow has been the Mt. Gox closing. The company has been having issues for several months, and it was already known to be a time bomb. Last year, Mt. Gox had US$5 million in funds seized. They started to delay dollar withdrawals, and over the last few years, the company appeared to be poorly managed.

While such issues don’t affect the Bitcoin protocol itself, they do undermine confidence in the cryptocurrency and the companies built on top of it. However, some see these hiccups (big or small) as a good thing, anticipating a more robust system in the months and years ahead.

“I believe these events are going to be for the best of the development of the ecosystem,” Serrano reflected. “There are hundred of startups with good entrepreneurs and top investors. What we are probably looking at is the end of the amateur companies from the first wave of Bitcoin and moving into a more professional age.”

“If this would have happened a year ago, it would have been a much harder crash, which shows that Bitcoin is becoming more and more resilient over time,” Betschart affirmed.

Other proponents of the global Bitcoin community are coming out in the cryptocurrency’s defense as well. They, like Serrano and Betschart, see a silver lining in the Mt. Gox scandal. “It may take a giant scandal to make Bitcoin respectable,” affirmed Heidi Moore in a piece published on The Guardian this morning. Her conclusion:

To function as a currency, bitcoins need one thing: legitimacy. The further it gets away from its shady, fantasy-currency roots, the closer it will get to practical reality. Bitcoin has been a lively theoretical playground for wonks and nerds. Once it becomes powerful, it will become interesting to consumers. And that’s the real test of a currency.

Steve Beauregard, CEO and founder of Singapore-based GoCoin, expressed similar sentiments on the Mt. Gox situation in an interview with Reuters. “It’s important in the sense of sweeping away a lot of the early unsophisticated folk who got into this and made a name for themselves, but didn’t have the management horsepower to manage a company,” he remarked.

Of course, many of those defending Bitcoin are the same individuals with a major stake in the currency, having built entire businesses that depend completely on its success. Both Serrano and Betschart said that their companies have remained relatively unscathed by recent events. “Conversations with new clients now have to cover the recent events, but we are seeing our oldest customers starting to hold more bitcoins as they perceive them to be at a cheap price,” Serrano affirmed.

For those looking to get into the game, however, it’s important to have a solid understanding of exactly how Bitcoin works – and to know exactly who they’re dealing with. “When consumers start using an exchange, as is the case with any financial service, they need to be able to trust the management and professionalism of the company,” the BitPagos CEO warned. “Several exchanges like Bitstamp and Kraken are currently working on providing proof of their funds to give consumers confidence that the exchange indeed has all the funds.”

Also a plus: unlike other financial products, consumers can hold onto their bitcoins themselves, so until the kinks are worked out, a buy and hold strategy can be employed.

Yes, Bitcoin has a long way to go in becoming a more legitimate, trustworthy form of currency. But it has also come a long way from where it was even a year ago (take, for example, the Winklevoss twins’  plans to launch a Bitcoin ETF).

“The ecosystem is still evolving, and it’s hard not to imagine there will be independent examiners, similar to bank examiners, that audit the accounting and funds of Bitcoin companies,” Serrano concluded.