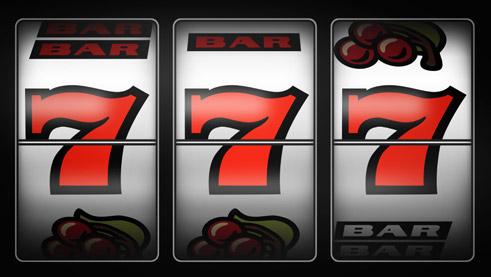 VivaReal has quietly picked up an additional US$12.75 in VC funding from Dragoneer Investment Group – proof that its renewed Brazil focus is working out.

VivaReal has quietly picked up an additional US$12.75 in VC funding.

As one of Brazil’s leading online real estate marketplaces, VivaReal is no stranger to venture capital. In fact, it has already raised over US$18 million from Valiant Capital Partners, Kaszek Ventures and Monashees Capital. Rumblings of the new round started yesterday, when the company made a regulatory filing for the capital received.

This time around, it was Dragoneer Investment Group that made the investment, reaffirming VivaReal’s position as one of Latin America’s most funded companies. And the capital received is paying off, as the startup has managed to consolidate itself as a leading reference in Brazil’s real estate sector, boasting 40 million visits and 1.8 million listings in 2013.

Just a few weeks ago, VivaReal announced that it had experienced year-on-year traffic growth of 118% during the first half of January, also saying its mobile traffic had increased 466%. In July, it was listed at second in Brazil’s online property portal market. According to Hitwise, it now holds the top spot in business and finance properties, garnering 17.47% of total traffic.

With this latest chunk of funding, VivaReal will up its investments in product and technology in an effort to improve user experience. It will also reinforce its marketing work as well as market intelligence and, of course, mobile. It currently has applications availably for iOS and Android.

“Since VivaReal was created, we have worked to achieve a leadership position and to make the portal a principal real estate reference in the country,” remarked Brian Requarth, CEO of VivaReal, in an official release. “Today, our database is the most complete one in the entire Brazilian real estate sector, and that is the result of the commitment and focus of our work. Now, with another big investor by our side, we will have the opportunity to grow our listings base even more and reinforce what we’ve already done with excellence.”

We’re excited to partner with VivaReal in its new stage of growth. Brian and his team are heavily focused on product development and on providing the best experience for users, which will assure that VivaReal remains at the top of Brazil’s real estate portal market. We were particularly attracted by the opportunity in Brazil because of the growth in internet use and the fragmented structure of the real estate market. With the absence of a source that centralizes information on real estate (like what happens in the United States with a multiple listing service), VivaReal becomes a channel where someone looking for properties gets enlightening insights into the market.

While Brazil is VivaReal’s main focus today, that wasn’t always the case. Last year, the company moved out of Colombia, which was once one of the main pillars of its operations.

We spoke with Requarth on the heels of the exit, and he provided us with some insights on the decision to leave:

He also acknowledged how capital-heavy the online real estate business was. “This is a marketplace business. It’s a slow-moving engine that takes a long time to get going, and it requires a lot of capital,” he reflected, “The longer the incumbents are entrenched the market, the harder it is, and the more money you need.”

Apparently, VivaReal’s strategy shift and venture capital prowess are paying off quite well.