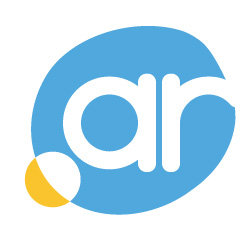 NIC Argentina has announced that it will now start charging for .ar website domains. Is it a move against cybersquatting or another scheme to get cash fast?

Looking to set up a web domain in Argentina? As of March 5th, it’ll cost you. This morning, NIC Argentina, the office responsible for operating the .ar country code top-level domain, announced what director Gabriel Brenta said will be an annual charge of under AR$200 (around US$25 at the official exchange rate) for .ar domains.

“What we are trying to do is adopt global practices in requiring payment and, secondly, establish a set of processes so that if a brand, product or name is being used, it can be recovered in the short term,” he explained, as reported by La Nación.

There are nearly three million domains registered in Argentina, 98% of which are .com.ar. Up to now, Argentina has been the only country in the region that allowed free domain registration – something worth noting considering that it has traditionally been one of Latin America’s principal internet markets.

Brenta said this has been a pending issue for NIC Argentina and is a response to requests from developers and entrepreneurs, who have been asking for the service to be paid for quite some time. While having free domains allows a relative amount of ease in setting up a website, it also means that many domains registered go unused and are, at the same time, blocked for companies and entities willing to put them to use. Moreover, the setup has led to a number of scenarios where individuals auction off domains to the highest bidder – “cybersquatters,” as Brenta described.

Initially, regulations changes will affect those registering new domains, but they will also be applied to users upon renewing their annual subscriptions:

The cost is per domain per year. In the case of those with a registered domain, as the use of the domain is annual, they will have to pay at the moment of renewal.

Brenta failed to specify how payments are to be collected. But as mentioned, he did assure that the cost would be under AR$200 annually – US$25 at the official exchange rate. For comparison, in Brazil, domains are priced at R$30 annually (about US$13). And in Mexico, an .mx domain will run you US$40, while .com.mx is priced at US$11.

Today’s announcement is just the latest in a string of abrupt changes to legislation and regulation in Argentina. From fast-paced currency devaluation to flip-flopping price controls, the country is in the midst of a rather tumultuous, though not unprecedented, moment (this Economist article provides a good picture of where it’s at now and how it got there).

No sector has gone untouched by recent economic and political turmoil in Argentina, including the internet.

Just last month, the government announced strict limitations on internet shopping and buying from foreign e-commerce sites. Those purchasing from abroad have to present a signed declaration at a customs office, are limited to two purchases per year, and must pay a 50% tax on whatever is bought. And even before that, Argentines were being subjected to an additional charge of up to 35% for credit card purchases outside of the country, online or otherwise.

This latest shift toward charging for .ar domains seems to be a fair one. Until the changes are implemented, however, it’s impossible to tell – especially if mum’s the word on how exactly it will work and many of the government’s most recent measures seem to be little more than a ploy to get cash fast.