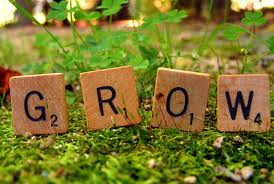 Andrés Chico of Riverwood Capital talks the Mexican market, Latin America, and the search for companies with explosive growth.

Riverwood Capital is among the most recognized private equity firms in the world. It invests in high-impact companies with significant growth markets, its objective being to push them to an even greater scale. In Latin America, Riverwood has backed Globant, GoIntegro and Pixeon Medical Systems, among others.

During the naranya*LABS selection panel, we had the opportunity to speak with Andrés Chico, Associate at Riverwood Capital.

Clarisa Herrera: In Riverwood’s outlook, what is the analysis of the tech entrepreneurship scene in Latin America?

Andrés Chico: We see a number of startups coming out of Latin America in many countries – Mexico, Argentina, Chile, Colombia, Brazil. Some ideas are innovative, others are replicas of companies that exist in much more developed countries and can be emulated successfully. The sector is very attractive, and governments are heavily involved, designing and driving programs that support entrepreneurs. Accelerators like Naranya, 500 Startups and NXTP Labs are very active. In Argentina, Endeavor does a good job of supporting entrepreneurs in their businesses. In general, we perceive a couple of active years.

CH: In your particular market, venture capital, how do you feel the region is developing?

AC: I, specifically, am focused on the Mexico, a country that has grown a lot. I’ve heard of many VCs raising money and starting to be more active in the region. There is a government program that is actively seeking to support VCs and entrepreneurs. The three factors, combined, are driving a lot of movement in the Mexican ecosystem.

CH: What is your opinion of the perception that many companies are interested in entering the Mexican market but not many come out of it?

AC: It was like that a couple of years ago. At the time, you would have been right, but I think that things are finally changing for the better. I’m really seeing a lot more entrepreneurship. At Riverwood, we’re present at a number of startup events, and we’re seeing many more applications from Mexican startups than we had before. I also believe that is harder to conquer given its nearness to the United States.

CH: What do you mean?

AC: I mean that it’s not as easy to copy a company you see in the U.S. in Mexico, because for U.S. companies, the Mexican market is very accessible. There are few barriers, and there’s a lot of trade, so it’s becomes a little more difficult. Nevertheless, we’re starting to see a lot of companies enter the e-commerce vertical – Rocket is very active in Mexico in that niche. Like you said, everyone wants in, everyone’s excited about Mexico, but the local market is developing little by little, too.

CH: The latest news on Mexico is tied to impressive mobile growth. Do you think that has an influence as well?

AC: Yes, mobile is gaining a lot of ground. I believe there’s a big market there. There has been a lot of transitioning from basic phones to smartphones, and that’s been a big boost for mobile. It is also a way to develop applications that don’t exist yet in other Latin American markets, and that’s happening a bit.

CH: You’re Riverwood’s eyes in Mexico. What do you look for in companies?

AC: Every opportunity is a challenge, but I must say that the team is crucial. We love having meetings with the team, getting to know them and knowing that we’re with the right people. The second factor has to do with understanding the business model – seeing that it’s profitable, how it scales. We want to take a company from 15 million to 30, 100, 300, to explode its growth. That’s why understanding how to scale it is so important. And, of course, the market – knowing who the competition is, the other players, to evaluate in a concrete way if there are viable possibilities.

CH: Global or regional? What kind of growth do you go for?

AC: I strongly believe that many technology companies have the possibility to scale regionally. We generally see more expansion from Mexico to LatAm than from LatAm to Mexico. The U.S. market is much more competitive, with a lot of big players, so we generally see the market as Latin America.