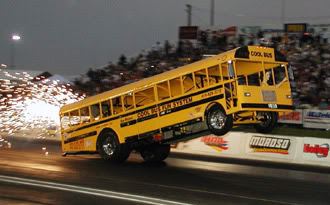 Out of Mexico, Reserbus is an online bus-ticketing platform designed to bring the country's bus travel industry into the 21st century.

From Colombia, Venezuela and Bolivia to Boston and finally Mexico. Such is the trajectory of the team behind Reserbus.

Reserbus is an online bus-ticketing platform where users can check schedules, compare prices and make reservations online. It has been in the works since late 2012, officially kicking off in September of last year and operating live with two integrated partners since December. 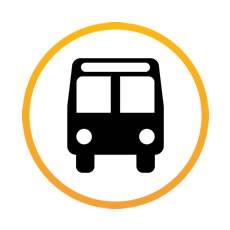 Andres Sucre and Sebastian Gomez came up with the idea for the startup while completing the MBA program at MIT Sloan. Having interned in Mexico with Rocket Internet e-commerce endeavor Linio, the two recognized a major opportunity. Online retail in the country was (and still is) taking off, but certain industries lag behind others in terms of adoption. One arena is the bus transportation sector, where technology is lacking severely.

Sucre (originally from Venezuela) and Gomez (from Colombia) joined forces with Adrian Cuadros, a Bolivian native and graduate of Tecnológico de Monterrey, to build a solution.

Apparently not a group to back down from a challenge, Reserbus started selling just in time for the holidays last year, initially onboarding two local operators. Since then, they’ve signed on five operators, representing a total of 7,000 buses. And three more companies are expected to join the platform in the weeks to come.

As to be expected, the bus industry in Mexico isn’t exactly in a rush to hop onto the technology bandwagon. However, they’re warming up to the idea. “They used to be run in a very old-school way until recently, where there’s been a transition of management teams that are more keen on adopting technology,” Gomez explained. “We’re seeing a push in the channel of online sales. It depends on the operator, but the channel represents from 5-15% of total sales.”

Traditionally, they haven’t been as keen on adopting technology, but the recent growth in online sales and the use of technology in the past two or three years has made them take a better look at it and include some initiatives. That’s helped us a lot, particularly with operators who see value in a partnership with a company like us that will help them grow their online segment and provide a better service to the traveler.

Some of the operators with which Reserbus works have their own online ticketing portals as well – something the startup seeks as a complement to its service, not competition. And for operators, utilizing the Reserbus platform represents another channel to market and sell their services, upping brand recognition among consumers. “Ultimately, what’s enticing is for people to prepay and preorder tickets, and that grows the whole market,” Gomez affirmed.

Beyond individual operators, Reserbus may soon be facing competition from another entity: Wanderu. The U.S.-based startup announced a US$2.45 million funding round led by Mexico’s Alta Ventures last year, and the Mexican market is definitely on the radar. So is the Reserbus team worried? In a word, no.

While they monitor competition, they are focused on moving as quickly as possible in the Mexican market and offering a top-line local product in terms of seat availability and the usability of their site. “Our team really understands the needs of Latin America,” Gomez remarked.

For the time being, Reserbus will keep all of its attention on Mexico, though they may consider other options later down the line – perhaps opening up geographically or expanding into a related vertical. But it’s got its work cut out for it in Mexico, where buses transport nearly 500 million people each year.