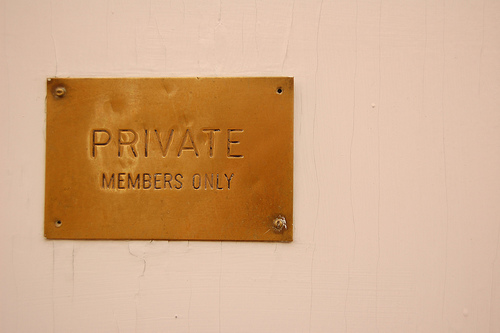 Launched in 2013, Citantica is a private community for demanding singles in Chile and Argentina.

Launched in 2013, Citantica is a private community for demanding singles. “We can say that Citantica is a dating website for the smart single person,” explained Loufti Zermani, the platform’s founder.

What makes it so selective? Members of Citantica’s online community vote to decide who is and isn’t let in. The startup’s differentiator is quality-based, the idea being to foster confidence.

“Classic dating websites are websites of mass, where it’s easy to join and leaves the door open for any type of behavior. When the expectations of each individual are very different, it leads to a waste of time and energy for the user, ending in disappointment,” Zermani noted. The Citantica team hopes its proposal will especially appeal to women by providing them with what they believe is a safer alternative for online dating.

Citantica is focused on the Latin American market – initially, Chile and Argentina. Currently, it is seeking out its first 1,000 “founding members” who will, moving forward, select who else is let into the community.

Those interested in becoming part of the platform must first create a profile for evaluation, uploading four photos and responding to a rather extensive survey. According to Zermani, the selective nature of the platform inspires applicants to “draft their profiles wisely and choose their photos carefully.”

The startup has also taken its proposal into the offline realm. It plans to organize events for singles and also encourages members to set up gatherings. From happy hours to cultural outings and sporting events, the idea is to get singles together and give them an opportunity to mix and mingle in a relaxed, open environment.

It is worth noting that Citantica’s website is still under construction, and many of its features – its search engine, voting system, schedule, messaging system – remain in the works.

A Worthwhile Alternative or a Vanity-Based Scheme?

Online dating options aren’t exactly lacking in Latin America or anywhere else in the world. There are countless platforms and apps specifically designed for dating (Badoo, Tinder, etc.), and social media itself is a major force to reckon with as well (i.e. Facebook).

Citantica’s quality proposal is a unique one, but it also begs the question of how quality is defined. Will members go off looks alone, or only prioritize how much money their potential significant others have in their wallets? Engagement could prove problematic as well. How do you identify those first 1,000 members, and once they’re there, how do you keep them engaged enough to vote and participate?

The startup is largely a work in progress, and by the looks of it, it’s still got quite a way to go in getting daters signed up. Right now, it still has 862 “founding” spots available.

Those interested in joining can do so at www.citantica.com.