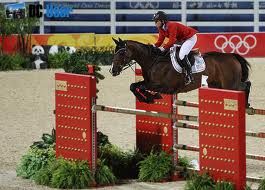 Brazil's Qranio says it now has a valuation of R$20 million (US$8.25 million). Company CEO Samir Iásbeck discusses his expectations and what's next.

The number is definitely a notable one – but is it intimidating? According to Qranio CEO Samir Iásbeck, the answer is no:

It is a natural evolution in congruence with our growth in user numbers and global presence. And we still believe in the possibility of reaching 100 million users by December 2017.

With nearly one million users around the globe right now, Qranio has quite the task ahead in multiplying that number by 100. The company will use this latest investment to expand its development team in order to launch versions of its app for Windows 8, Windows Phone and Firefox OS. It also plans to roll out one new category or feature every 15 days.

“We hope to experience significant growth in our user base, especially in other countries, and initiate physical operations in 10 new markets, with offices and staff responsible for key partnerships and rewards,” Iásbeck explained.

A free online gaming platform with the goal of making learning fun, Qranio helps users to gain knowledge with its quizzes, earning virtual currency that can be exchanged for prizes. Not only is it available as an app for Android and iOS, but it can also be accessed on the web and with regular cell phones (via SMS). It is backed by Wayra as well as angel investor Gui Affonso.

In December, Qranio announced an agreement with Portugal Telecom to fortify its expansion into the European market, starting with Portugal. According to Iásbeck, the localization process has been challenging:

As similar as the language is, we had to bring in natives to help us to adapt to culture and relationships. We’re still setting up and need more time to really identify more needs, adjustments, etc.

Qranio is already available in English, Spanish and Portuguese and is depending on outside entities to help it to scale. “Growth has been very fast, and we have sought support from key partners like Portugal Telecom in Portugal and Telefónica in Spain. They help us on all fronts,” he assured.

The Qranio team has set some lofty goals. Might their product be the next big thing in gaming?