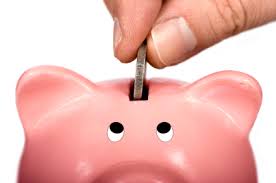 Kaszek Ventures has raised US$135 million for its second fund. What do previous picks say about what could be next for LatAm's leading VC?

Latin America’s investment ecosystem may have some gaps, but little by little, they’re closing. And in the case of Kaszek Ventures, advancements are happening in leaps and bounds. The region’s top venture capital fund raised a new US$135 million funding round.

The New York Times revealed the news late Friday, calling the feat a signal that “the region’s long-term prospects remain promising.” It also pointed out that Kaszek had actually exceeded expectations with this second round, for which it had set out to raise between US$80 million to US$100 million.

In typical Kaszek fashion, mum’s the word when it comes to the identities of its backers. However, the Times indicated that Horsley Bridge Partners and Sequoia Heritage were in the mix, and Kevin Efrusy as well.

Founded by Hernan Kazah and Nicolas Szekasy in 2011, Kaszek Ventures has quickly emerged as one of Latin America’s top venture capital players. Its 22-company portfolio is quite impressive, composed of some of the region’s most promising startups, including:

So what will Kaszek be eyeing with this new fund? While the team is generally quiet about what’s in store, in a recent interview with PulsoSocial, Szekasy provided some insight:

We concentrate on Series A rounds, companies that have already launched, have some traction, sometimes have revenue, and that somehow demonstrate that the concept is accepted in the market.

Brazil is a major point of focus for Kaszek, as are startups with an essential regional presence. Team matters, but business model does, too. “Sometimes, there are great teams of entrepreneurs, but they’re fighting the wrong battle by betting on a market where, even if they do everything right, the company won’t be relevant,” he told us.

What is clear is that this new fund will likely lead to a number of new deals in the weeks and months to come.