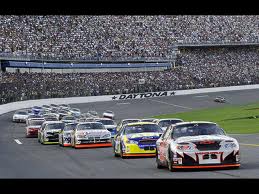 Brazilian online delivery startup iFood has received a new investment from Movile and acquired a competitor. This year, it hopes mobile will keep it ahead.

Movile is upping its iFood stakes. The Brazilian company dedicated to all things mobile has invested US$2 million in the startup.

This marks Movile’s second capital injection into iFood, one of the leading online food delivery platforms in Brazil. A year ago, Movile announced its first investment in the company, writing a check to the amount of about US$2.6 million.

Available on the web and via apps for iOS and Android, iFood is one of Latin America’s top online delivery contenders. Since 2013, it has tripled the amount of orders it facilitates each month from 40,000 to 130,000. It also says that mobile comprises 60% of its business. To date, it has raised US$6.1 million in funding, including investments made by WH Investimentos.

Not only has the capital received helped iFood to expand its own operations, but it has also allowed the company to acquire a competitor – Central do Delivery. Taking a cue from Hellofood, which picked up three different Brazilian startups last year, the company expects to accelerate its growth with the buy.

Eduardo Henrique, who heads Movile’s U.S. operations, commented on his expectations for iFood:

You can see from iFood’s success with mobile orders that m-commerce is taking off in Brazil and Latin America right now. We at Movile are excited and proud to see iFood emerge as the leading mobile and online food ordering platform.

iFood has set some lofty goals for the year ahead, including fielding two million orders and bringing US$47 million to partnering restaurants (which would mean a 125% increase from 2013). It hopes to expand to 50 more Brazilian cities in the months to come.

Latin America’s online food delivery niche is definitely a crowded one, and Brazil is no exception. iFood’s main advantage comes in its mobile prowess, but as other competitors start to catch up, will it manage to stay ahead?