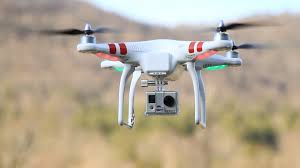 What do quadcopters, 3D printing and graphene have in common? They have the potential to help us take the next big step in the evolution of human society.

What do quadcopters, 3D printing and graphene have in common? The letter r. Besides that, they’re all just simple new toys that can potentially help us take the next big step in the evolution of human society. And they each represent the state of the art in a very important chain of command: Materials, manufacturing and transport.

Graphene is the new wonder material. Seriously. So far, we (humanity) had never encountered a material with such extraordinary properties and wide range of applications. Silicon, known since the early 19th century, is arguably its predecessor as a wonder material and will probably soon be replaced by graphene in many of its applications.

Graphene is a subproduct of graphite. Better said, graphite is a compound of hundreds, thousands, or millions of layers of graphene, which was first isolated in 2004, but was already known to researchers as it had been noted decades before. Graphene is considered– theoretically– a 2D material. Weird. Not really, along with graphene, many other materials are also considered 2D because their molecular structures are only one layer of atoms thick.

Andre Geim, one of graphene’s co-discoverers says, “A tiny amount can cover a huge area, so one gram could cover a whole football pitch. It’s the strongest material we are aware of because you can’t slice it any further… Graphene is stronger than diamond; it shows extraordinary heat conductance; it conducts electricity a thousand times better than copper – the list goes on. We’re talking about probably 20 superlatives which apply to graphene. Another surprise is that you can just about see it with the naked eye, even though it’s only one atom thick!” Get the picture? State of the art.

Continuing with 3D printing, I mentioned in my last column that it may well be one of the main players in what seems to be the birth of the third industrial revolution and will soon reshape manufacturing and part of the worldwide economy.

This is a new paradigm in manufacturing that changes the way we produce, the scale and geography of production, its costs, materials, production times, and most other variables related to manufacturing. It provides instant access– anywhere– to physical objects (the way the Internet gives you instant access to information). Kids born with a 3D printer at home might take it for granted, but you and I know it’s unprecedented and revolutionary.

There are more sophisticated versions of 3D printing that have been the subject of R+D and theoretical design for a few decades. The Molecular Assembler and Nanofactories are two serious projects that resemble what the evolution of 3D printing may look like. Though some consider them impossible to achieve, many resources are devoted to making them come to life.  3D printing as we know it is in a very early stage– chances are very, very high that, in a few decades, we’ll be printing products and parts made entirely or partially of graphene and/or other fabulous materials yet to be discovered.

Now let’s imagine this new world with unlimited production ability. If everybody had a Molecular Assembler there would be no unmet needs. No delivery industry, no poverty, no hunger, no commerce. Everyone could print or nanobuild their own food, clothes, medicine, devices and anything they need or want, right? Paradise finally? Well, it’s not that easy. We would still need the energy to run these devices and the raw material to feed them with. Next to your Replicator you would have a supply of any number of elements from the periodic table in order to print your dreams and desires. And that raw material would need to be transported to you.

Quadcopters. Drones, hexacopters, octacopters, multicopters, quadrotors. These terms all refer to a flying device propelled by at least four rotors. Quadcopters, the 4-rotor version, are the most popular. Quadcopters were conceived in the beginning of the 20th century, but only recently they’ve become highly efficient unmanned vehicles, mostly thanks to computer science, algorithms and sensors available today. Unlike helicopters, quadcopters use two sets of propellers (two clockwise and two counter-clockwise) which use variation of RPM to control lift. The vehicle’s control is achieved by altering the rotation rate of one or more rotors, changing its torque load and lift configuration. There is a wide range of quadcopters being developed, but the smaller versions are becoming extremely demanded and promising, due both to their technical characteristics and their accessible cost.

Several projects and startups use quadcopters for air surveillance, mapping and the delivery of medicine and goods to remote villages in developing countries. Amazon, UPS and DHL have all announced the use of multicopters for product delivery direct to your doorstep (or roof?) minutes after online purchase within the next years. New software and algorithms, sensors, GPS, cameras, Internet and a network of urban and rural landing sites – along with technical rules and legislation – will soon pave the way for a physically fully connected future, a grand network of unmanned air transport 24/7.

The chances of everything I’ve mentioned coming true within the next years or decades is probably dependent on the energy breakthrough we’re all expecting. And this energy breakthrough is surely related in more than one way to the development and adoption rate of these three and other technologies.

As with every new technology, for every problem we solve we create a new one. For every good it can be used for, a weapon can be conceived. Graphene’s properties, 3D printing, drones and every other new development are potentially very dangerous if misused.

We design the future, we make it happen. From us, to us.

“O wonder! How many goodly creatures are there here!

How beauteous mankind is!

O brave new world,  that has such people in’t.”–