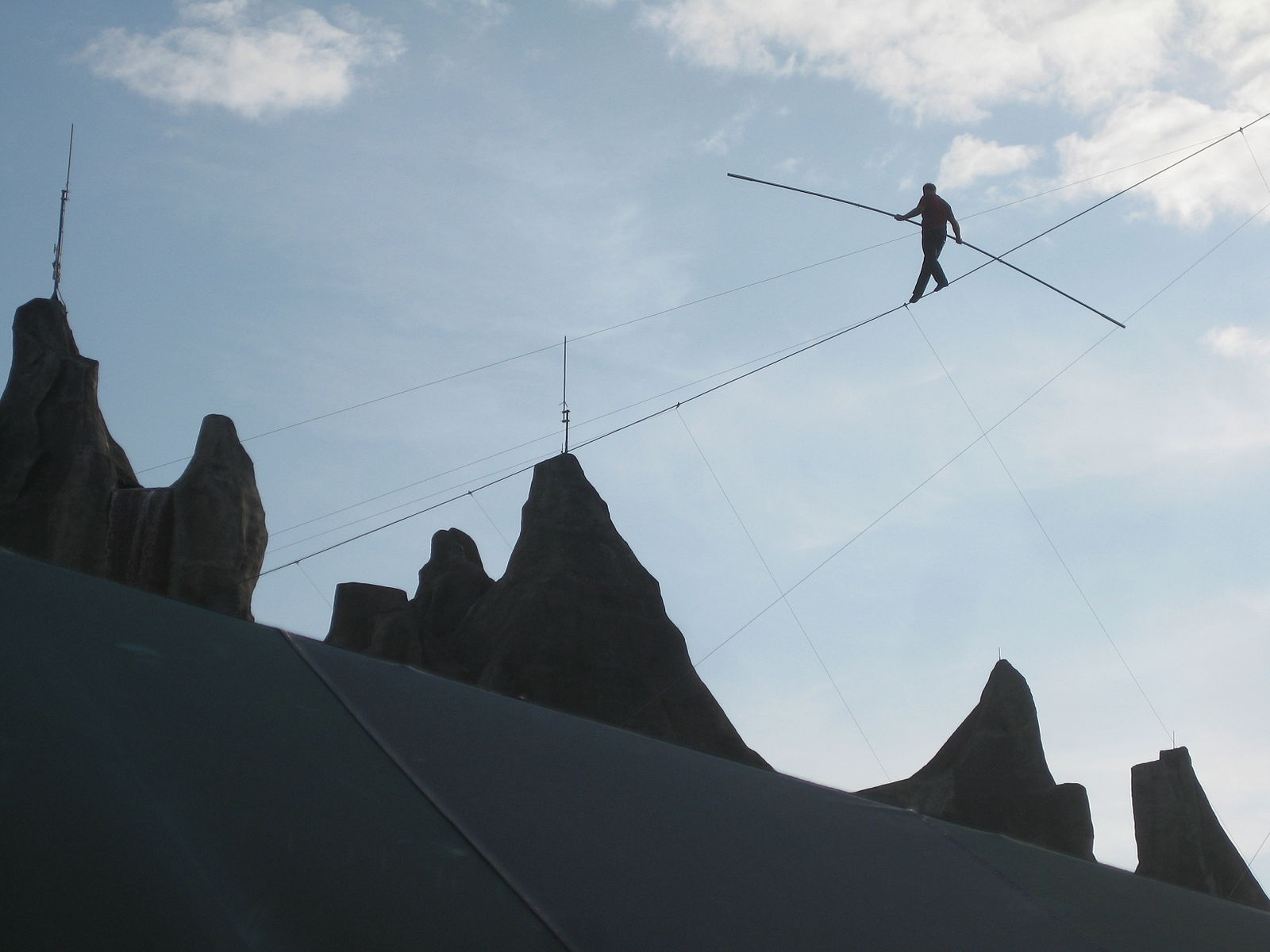 How entrepreneurs can think about risk in their lives, frame it with clients and investors, and persuade potential hires to leave their “less risky” jobs.

I don’t want to overstate this, but risk is the most fascinating subject of all time. It is also one of those words that we regularly use but would give vastly different definitions for if ever asked. This piece is to provide entrepreneurs with a sense of how to think about risk in their lives, how to frame it with potential clients and investors, and how to persuade potential hires to leave their “less risky” jobs.

My adventure in the subject began during college, when I met a man named Nassim Taleb, who invited me to review the final draft for his upcoming book, The Black Swan. If you’re reading, this then you use the internet and don’t need a history lesson on what came next (dot-com collapse, 9/11, Iraq, subprime meltdown, Eurozone crisis), and as we pick ourselves off the floor of the opening years of the 21st century, our sense of how to understand uncertainty borders on panic.

After college, my adventure in Black Swanville continued in New York, where I conducted analyses and led project teams to help clients understand major events in the global markets – business, needless to say, was booming. After years of studying global market disasters, I decided to go right to the source (Harvard Business School) to see how these things come into being in the first place. Given this personal history (the hedge fund I was interning at when I met Taleb also blew up, despite framing itself as the anti-long-term capital management,  one might expect me to view risk as something to be contained as much as possible. The exact opposite is true; I believe risk (or rather, change) is an animal that attacks when you corner it and that we should instead learn how to engage it constructively.

To begin, the word risk is a misnomer that skews the discussion right from the start. Everything changes – someday we’ll all reach equilibrium, but we should enjoy life in the meantime. Change builds and destroys, and the difference between the two is often based on point of view. When change helps us, we call it luck, and when it hurts, we call it risk.  Risk is, therefore, simply a specific part and subjective point of view of something more complex – the idea is not to reduce risk but to understand the true nature of whatever change you’re confronting and position yourself accordingly.

Risk takes two fundamental forms: known variation within a system (chaotic elections), and rupture to the system itself (revolution). The difference between these two is far more important than the vague concept of the level of risk. Disruptive vs. incremental innovation captures this difference in the context of risk confronting businesses and industries. Confusing the two often proves tragic. We overreact to normal variation and fail to see when systematic ruptures are gathering beneath the surface.

Another critical distinction is known vs. unknown risks, which means that we should position ourselves with the understanding that potential changes that we haven’t thought of exist. In one of the most catastrophic moments in the history of risk, Donald Rumsfield touched upon this point by lecturing reporters on known knowns vs. known unknowns vs. unknown unknowns, thus reducing this important concept to a punch line. A good entrepreneur will know the key assumptions and risks of the business model; a great one will also realize that unforeseen ones also exist and will create a sufficiently agile and learning-based business model for when the unknown unknowns become known.

As one considers taking the entrepreneurial plunge or attempts to convince others to do so, the risk for startups and entrepreneurs is evident. This point has been recited again and again in the ubiquitous “don’t fear failure” lecture – you’ll be stronger and wiser for the experience, people will admire you for having tried, and eventually one of your ideas will work. The message is important but often phrased more as a motivational speech than serious discussion on thinking about risk in your life.

My favorite example comes from George Whitesides one of the top scientists in the world and one of the few to seamlessly transition from the laboratory to entrepreneurship. In his Harvard laboratory, he eschews the normal practice of assigning his postdocs a series of incremental problems to solve in favor of hitting them with a small number of really big ones that they could well fail at, such as making true progress against a form of cancer. By the time his postdocs went to job interviews, they had bloodied from throwing themselves against these seemingly intractable problems, and in the strict tangible sense had little to show for their work. Of course, they were the first ones to get hired. Whitesides’ explanation is simple: people don’t realize the difference between personal risk and project risk when tackling the big problems.  Pick a huge problem and hit it with everything you have. Pick cancer or climate change. We may well lose the wars but the people leading them will be among the most important of our time.

The “now what” question is a fair one. You may have, unfortunately, noticed from the headlines that we haven’t quite perfected how to design businesses that adapt to change. Initial advice, however, would include:

To those slaving away at their ideas that might fail but that might lead to something great and who are ready to try again if necessary: your jobs are more difficult than anyone who hasn’t tried it can know, but you’re the last people on earth who should worry. As entrepreneurs, you’re  internalizing the process of change and will be the ones to benefit from it in the years ahead, and you’re our best hope for one day truly understanding risk precisely, because you’re directly engaging the beast rather than ignoring it or believing you can completely tame it. At the risk of going against the fundamental message of this article – good luck.