With an office in São Paolo, Bessemer Venture Partners is actively seeking out opportunities in Latin America. Brian Feinstein discusses the firm's work.

Bessemer Venture Partners recognized early on the potential of one of Latin America’s most outstanding internet startups to date: OLX. Investing in the company in 2006 – the very same year it was founded – the Bessemer team found themselves celebrating its sale to Naspers just four years later.

“It was a combination of phenomenal team and a big market opportunity,” remarked Brian Feinstein, Partner at BVP, reflecting on OLX’s success in a phone interview yesterday with PulsoSocial. He described company founders Fabrice Grinda and Alec Oxenford as “really experienced and talented serial entrepreneurs who knew how to scale and monetize” and emphasized the value added in their ability to recruit great talent in Argentina, concluding:

I think that from Naspers’ point of view, the most exciting thing about OLX was the company’s Latin American presence. It had become the dominant free classifieds website in a number of Latin American markets, especially Brazil.

With one successful Latin American exit under its belt, Bessemer Venture Partners is back in the region shopping for new opportunities. Beyond OLX, it has invested $10 million in a Brazilian business – the identity of which remains undisclosed. 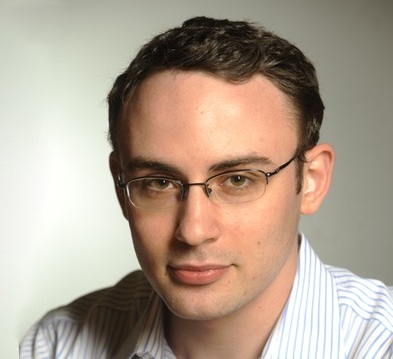 BVP has now opened an office in São Paolo and has someone on the ground seeking out potential prospects. Its focus is on growth-stage internet and software investments of three types: companies geared towards domestic consumers, businesses with a product or service they intend to scale globally, and enterprise software entities catering to the domestic market.

“Two years ago, we didn’t have a presence in Latin America, and now we have an office in São Paolo,” Feinstein said. “We’re actively engaged in and looking for investment opportunities, so I think [the region] is certainly on the radar for a number of international investment firms.”

In consideration of the rising enthusiasm surrounding the region’s prospects for venture capital and investment opportunities, Feinstein laid out an interesting analysis:

Sometimes, the level of excitement comes and goes just because of human emotion. At one point, the stock market’s up, at another point, the stock market’s down. At one point, there’s a bit more political stability, and at another point, there’s perhaps less political stability. I think, at a very small level, that may impact the level of interest in making investments. But broadly speaking, if you were to take a step back and look at the macro picture of where things were a few years ago versus where they are today, there’s certainly a much elevated level of interest.

However, Feinstein also acknowledged that Latin American markets – and most markets outside the U.S. and Western Europe – have some work to do in terms of development, especially when it comes to strategic M&A activity. “In the U.S., you have companies like Google, Yahoo!, Oracle and Salesforce constantly engaging in technology M&A activities, and so there’s a pretty robust environment for companies to sell once they get to a certain level of sales, or once they carve out a really interesting strategic position. That’s not as common outside the U.S., and so that potentially makes it more difficult for investors and entrepreneurs to have big outcomes,” he explained.

But there’s an upside to the scenario as well. The U.S. is extremely competitive for any sort of opportunity, and there are tons of smart people building companies and trying to capture markets. The same can’t be said for other locales. “If you’re a really talented entrepreneur, and you’re executing well against a big market opportunity, you can build a really successful business with much less competition than what you would face in the U.S.”

One very unique – and virtual – market Bessemer Venture Partners is exploring is Minecraft. At the start of the year, Bessemer announced that it was opening an office in the Minecraft gaming community – one of “over 35 million residents.” And while the move seems to be a bit of a PR ploy, it is reflective not only of the firm’s playful nature (its anti-portfolio is worth checking out on that front) but also of its prowess in the gaming industry.

Bessemer has made a number of gaming investments, including Playdom (sold to Disney), OMGPOP (sold to Zynga) and Twitch. Dan Primack reported that the firm’s Minecraft move initially had to do with reaching out to an entrepreneur who was really into the game, and Feinstein provided some more background:

Minecraft is one of the most popular virtual communities and gaming platforms in the world. One of my partners, David Cowan, had a son who was really excited about Minecraft, spent a lot of time in the Minecraft community, and volunteered to build an office for us. We thought that would be a fun idea to demonstrate our excitement about the gaming world and to open up another office for Bessemer. We are one of the most global venture firms, and we have offices all over the world, so we figured it couldn’t hurt to open one up in a virtual world.

In both the virtual realm and the real world, BVP is on the look-out for new opportunities for investment, and Latin America is absolutely on its radar.