JustUnfollow has become quite the social media phenomenon, including Latin America, where four of its top 10 markets are located.

JustUnfollow has become quite the social media phenomenon. A service for managing Twitter and Instagram accounts, JustUnfollow started off in 2010 as a way for users to figure out who had unfollowed them on Twitter. Since that time, it’s evolved significantly, helping users to identify unfollowers and inactive users, follow the right people, and keep track of how their updates influence their social media prowess.

With apps for Android and iOS and an integration with HootSuite, JustUnfollow can be used by businesses and individuals to grow their networks in what seems to be a pretty straightforward, streamlined way. And it’s growing incredibly fast, going from one million users to six million in under 15 months.

The JustUnfollow team has also devised an interesting strategy when it comes to monetization and its freemium-esque approach. When user reach set limits for their free accounts, they are given a choice between two options: they can pay for a premium account, or they can send out a tweet promoting the service. Mediabistro has a nice shake-down of how this pretty ingenious free publicity strategy works.

JustUnfollow has a strong foothold across the globe, and in Latin America, it’s proven quite attractive as well. In fact, of the company’s top 10 markets, four are in LatAm (Brazil, Mexico, Argentina and Venezuela).

Elias Sfeir of the JustUnfollow team filled us in on the startup’s regional prospects.

Emily Stewart: Brazil, Mexico, Argentina and Venezuela are among your top 10 markets. How are users behaving? 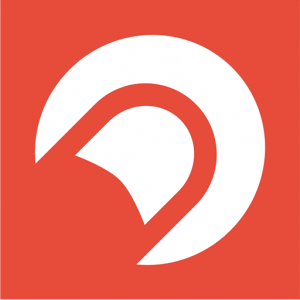 Elias Sfeir: Our user base in Latin America is huge, with the countries listed above being among our top 10. On the whole, we’ve noticed that while the number of Twitter accounts connected to JustUnfollow by Latin Americans outnumber Instagram, Instagram adoption is rising at a much faster pace.

ES: It’s somewhat surprising to find Venezuela on the list. What’s your take about why this appeals to Venezuelans?

ES: Though population-wise Venezuela may not be in the same league as Brazil or Mexico, we are hardly surprised by the number of Venezuelan accounts we have. Venezuela ranks 13th in the world by number of Twitter accounts – more than three million active accounts. And, they tend to be pretty engaged users, which may explain the appeal of our app to them.

ES: Twitter is big in Latin America, but Instagram hasn’t exactly taken off. What sort of growth are you seeing in JustUnfollow users in the region using the platform?

ES: The growth is tremendous. We are witnessing an almost 50% growth in screen views month-on-month for our popular Instagram features from Latin American countries – this includes new users and old users who had connected with Twitter and are now also adding Instagram to their JustUnfollow accounts.

ES: You’ve got a pretty interesting strategy in allowing users to tweet about your service instead of paying when they’ve reached certain limits. Are Latin Americans more inclined to tweet or pay?

ES: There is no specific trend on that front. On the whole, users tend to be more likely to tweet than pay, as may be expected – but either ways is a plus for us.