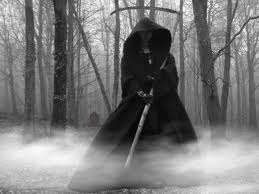 A new study looks at what startups have died in recent years and the factors they have in common.

Death is a part of life, and in the entrepreneurial ecosystem, it is a harsh reality. As Harvard pointed out in a 2012 study, 75% of startups fail, and in Silicon Valley, they’re buried very quietly by the VCs that backed them.

With a startup database compiled from 2010 to 2013, CB Insights set out to analyze and untangle why so many companies die young.

First, it’s hard to identify when startups die, because many “limp along for years in zombie-like fashion.” VCs are cautious and quiet when the time finally comes to bury their startups – so much so that their disappearance goes largely unperceived. Likewise, entrepreneurial culture is one that highlights exits and largely ignores failures – a detriment to entrepreneurs and the ecosystem as a whole.

Here are some indicators to watch:

Internet, the cemetery. Each year since 2010, 70% of all dead tech companies have belonged to the internet sector. This makes sense, given that most funding deals have gone to this arena, proportionally increasing the probabilities of failure.

Mobile especially volatile. Mobile has proven extremely volatile in terms of its share of dead companies. Not only are they attractive for investors, but they’ve also become a major target for acqui-hires from giants like Facebook and Google, which are interested not in their business models but instead in their talent. The grim reaper arrives before the million-dollar mark. CB Insights discovered that 55% of failed startups raised US$1 million or less, and 70% died having raised under US$5 million. Early-stage companies are the most vulnerable because of their limited financial runways. The 20-month mark, another one to fear. Of all of the companies that died, 71% survived for less than two years following their last funding round. While some companies can live for up to five years after their last round (and officially declare death then), on average, they make it for 20 months in the absence of additional funding or acquirers. The exact average is 16.5 months – a little under a year and a half. The timeline between death and an acqui-hire is surprisingly short. So what is the state of affairs in Latin America? There are no complete studies out there covering exactly which startups have lived and died. That being said, the region’s main roadblock falls along different lines: the lack of IPOs, exits and acquisitions.

The Latin American Private Equity and Venture Capital Association (LAVCA) reports 144 exits in the region over the past three years – not a great number, but not entirely discouraging. And 2014 seems to be starting off strong, with the sales of Comenta TV and HUNT Mobile Ads.

A Consideration for the Zombies

So what are the zombies? Essentially, they’re the startups that have the capital to keep going but aren’t growing fast enough to raise more money, exit or undertake an IPO. Instead, they find themselves in limbo, their founders unwilling to throw in the towel.

They are then faced with the choice of pivoting, restructuring assets, acquiring other tools or services to increase sales, looking for consulting services or merging with other companies that are also struggling.

Another option for such companies is Exitround, an online platform for buyers and sellers of technology companies. It provides potential buyers with a database of startups interested in being sold. The identities of these startups are kept confidential, but crucial data can be accessed – for example, how much money they’ve raised. If there’s interest, the selling founders are given the information of the potential buyers to start negotiations.