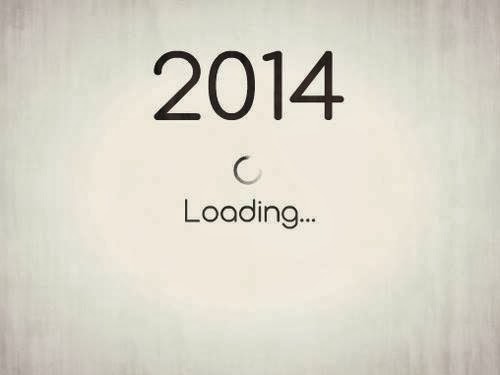 Incutex's Lisandro Pisaroni talks how entrepreneurs should approach the first year of their startups, from finding co-founders to validating an idea.

The start of the year is generally an important moment for defining priorities and laying plans for the months ahead. For a startup, that means planting the seed for what will hopefully be significant development and growth.

Starting a business has its own challenges and particularities, and the ability to establish priorities is fundamental. We reached out to Leandro Pisaroni, Director of Incutex, a company builder based in Córdoba, Argentina (they’re currently in search of a new batch of startups), to discuss the topic. How should early-stage companies approach 2014?

Clarisa Herrera: For entrepreneurs embarking on new projects this year, where should they start? Leandro Pisaroni: With the team. Founders must surround themselves with co-founders and a good team, because building a company isn’t easy. They’ve got to understand one another and have complementary roles. They don’t exactly have to be specialists on a specific point, but perhaps they’re three developers, and one works on the commercial end instead of all three of them coding. If they’re all from a commercial background, the technological front will be tough, even if they’re outsourcing that point.

CH: You’ve mentioned the team. Conflict often arises among co-founders. What do you do if the relationship doesn’t work?

LP: In those circumstances, what’s best is to bring in a third party as a consultant or mediator, because there may be a personal issue at play that makes co-founders argue over everything. Entrepreneurship is an emotional thing, so one has to develop tools like tolerance, resilience and listening skills. But even then, having a third party is key. That being said, it’s important to take your time to find a co-founder. The person has to be chosen carefully.

CH: What’s next? Product? Idea? In what order?

LP: Validating the market. Hitting the streets, contacting clients, proving that a client has a problem and is willing to pay for someone to solve it. You’ve got to figure out the size of the market, if it’s worth hundreds or millions of dollars, or whether the portion of the market is notable. That’s fundamental before starting to write code. Later, you have to develop a solution. Not just a product, but also a business model: how to charge, how to deliver. The path is to first validate the market, solution or product. Many entrepreneurs get an idea and start building a product, and that’s wrong.

CH: What is the place of metrics?

LP: If we’re talking about a startup that already has a trajectory, you’ve got to focus on traction. Every client you get has to be profitable and scalable. And this is where you’ve got to follow metrics closely and aim for growth. Don’t invest in marketing and communications to get more clients, measure how efficient you are with the ones you have.

CH: What has to be kept in mind in terms of resources and structure?

LP: You have to maintain, especially in the first year, lean structures. Don’t bury yourself in fixed expenses that aren’t essential. Take care of your wallet, and don’t seek growth if the business model isn’t validated or profitable. Investing, for example, in mass media is a big mistake. Or spending money on a segment that isn’t yours. With respect to human resources, an entrepreneurial team can work without bringing in new members but instead contracting people for a specific project or outsourcing. If you hire, costs increase.

CH: Seeking investment the first year. Yes or no?

LP: It’s fine to seek out a little bit of seed capital to validate the prototype five or six months in. That’s the type of capital that entrepreneurs usually get from friends, family and their savings. Seeking a round of investment works when you’ve got traction and add value. It’s best to look for money when you don’t need it, because you can close better deals. If an entrepreneur doesn’t know what the money is going to go to, then there’s no point in seeking capital.

CH: Lots of newbies go to tons events and conferences to network. Is that a good idea, or does it make them lose focus?

LP: You can’t lose focus of the startup’s objective. Part of that may be networking, but you can’t abuse it, because a lot of entrepreneurs go from event to event, and that takes away energy from the startup. Being in contact with these spaces sort of increases an entrepreneur’s luck. You run into another entrepreneur, or an investor or a client, and you find a business opportunity you wouldn’t have had. But you can’t overdo it. If you’re going to an event, you need to know why.

CH: And what about contests where tech companies want you to innovate using their API?

LP: In those cases, I think that entrepreneurs participate because they like the competition, not because of the business. They don’t matter much in that sense. Business plan contests in themselves give you visibility, but technical competitions are a question of taste. They can also give you more contacts and visibility.