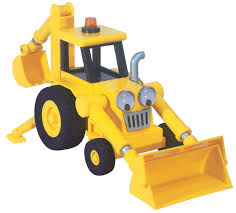 ClickDelivery has acquired Buenos Aires Delivery and aims to lead the market in Argentina, Colombia and Peru.

ClickDelivery  is starting off strong in 2014 as Latin America’s online food delivery battle rages on. And while it’s largely flown under the radar, it is a player to watch.

This week, ClickDelivery announced the acquisition of Buenos Aires Delivery, a favorite among many in the Argentine capital. Founded in 2007, ClickDelivery already operates in Colombia and Peru and, with this deal, is vamping up its expansion and consolidation strategy. Miguel Mc Allister, Co-founder and CTO of ClickDelivery, remarked:

Last year was one of expansion. This year, we are going to consolidate and want to be leaders in those three markets.

With the acquisition of Buenos Aires Delivery, ClickDelivery reaches one million monthly visits on the web and via mobile apps. It boasts a catalog of over 1,700 restaurants and food chains throughout Latin America.

The startup was one of the first to receive backing from Amerigo Ventures Colombia, a private capital fund specialized in innovative digital economy companies in Latin America. It is managed by Axon Partners Group.

Mobile is one of ClickDelivery’s major strengths, and the startup says it generates over 60% of its sales through the medium. It is available for iOS and Android in Bogotá, Medellín, Cali, Lima and Buenos Aires and has received more than 200,000 downloads.

With the change, Buenos Aires Delivery has redesigned its logo and portal in order to align its brand with ClickDelivery’s other sites. Its team and commercial area have also expanded.

“Thanks to its size and its strong culture of delivery, Buenos Aires is a key market for the business’ success. Our objective is to invest whatever’s necessary to be the first option for consumers when deciding when and how to order,” remarked José Guillermo Calderón, CEO of ClickDelivery, in the acquisition announcement. Buenos Aires Delivery hopes to channel seven million Argentine pesos in orders this year, and ClickDelivery’s aims to reach US$20 million.

Buenos Aires Delivery is the only Latin American platform of its kind with restaurant menus in English and Spanish – something that makes it quite popular among expats and locals alike. It features over 800 restaurants in the City of Buenos Aires.

Founded in 2010, Buenos Aires Delivery is the result of a merger between one company founded by two Americans (we featured one of them, Withers Davis, a while back) and Argentines Javier Cohen Kichik and Alan Berneman.  The two businesses came together in 2012, Kichik and Berneman taking the reins.