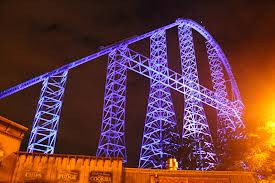 Venture capital had a good year in 2013 – or at least according to one indicator. The National Venture Capital Association recently reported that 82 VC-backed companies went public in the U.S. last year, making 2013 the best year for venture-backed IPOs since 2007.

This isn’t a minor piece of data, especially in comparison with the 90s, a golden age for VCs when the bubble of internet companies was enormous and IPO standards were extremely low.

Today, venture capital is a market in which an estimated one out of every ten funded companies has the potential to become a mega hit. And this favorable situation for VC-financed IPOs in 2013 may be changing the panorama and expectations, which mean everything in these markets.

Twitter’s initial public offering was, of course, the biggest piece of news to come out of the fourth quarter of 2013, but nine other internet IPOs took place in the same period. In fact, of all Q4 IPOs, 75% were tied to the internet, and the rest to biotechnology.

In consideration of the scenario at hand, what’s on the horizon in 2014? According to the report, VCs and CEOs expect more venture investment, an improved IPO market and better returns. Case in point: 59% of VCs and 57% of startup CEOs predict higher levels of venture investment in 2014, as opposed to 27% and 43%, respectively, in 2013.

Who will win and who will lose? Among the winners are startups offering products related to business IT (73%), consumer IT (58%), and healthcare IT (57%). The losers: clean technology (62% expect investments to decline), medical devices (46%) and biopharmaceuticals (31%).

Half of those surveyed indicated that they anticipate an improved IPO market in 2014, and the winners and losers will likely mirror the investment ones: 64% of VCs believe there will be more IPOs in IT but fewer in life sciences (43%) and clean tech (53%).

As for startup valuations, most VCs expect them to get better (in 62% of cases), while 25% don’t think they’ll change. CEOs, however, hope for greener pastures, with 84% estimating that their startups will be worth more in 2014.

Forbes points to two irrational decision frameworks in the VC business. Investors tend to believe that their own recent winners or industry winners (business and consumer IT) will continue winning and that recent losers – clean tech and biopharmaceuticals – will keep losing. What is paradoxical about this is that these are the same players who define trends, so their opinions and expectations largely guide the market.

Who might we be able to expect an IPO from in 2014? Those that top US$100 million in revenues and are growing at a rate of at least 30%. Some candidates: Square, Airbnb, Box, Dropbox, Evernote y Wayfair

Mobile: With Facebook at the helm, many of the world’s top companies are redefining themselves as mobile. M-commerce is on the rise and has especially high potential in Latin America, where it still has a ton of room to grow and the smartphone market is booming.

Marketplaces, the new royalty: According to some, we’re in the midst of the Era of the Marketplace, and marketplaces, in fact, are becoming a major category for venture capital. Asian players are the ones to watch in this arena, and a handful of the hundreds of startups in mix may turn out to be gems as well.

Education, an unexpected protagonist: With traditionally low revenue prospects, education has largely been ignored by VCs. However, it is becoming an increasingly attractive and profitable market, and investors are taking note. Khan Academy, Coursera, Udemy and Minerva are some examples.

Bitcoin, an unsure bet: Volatile as it may be, Bitcoin is growing in a number of markets, and more and more retailers and service providers are accepting it for payment. However, the finance industry has its doubts.  Will the future of this virtual currency be decided in 2014?