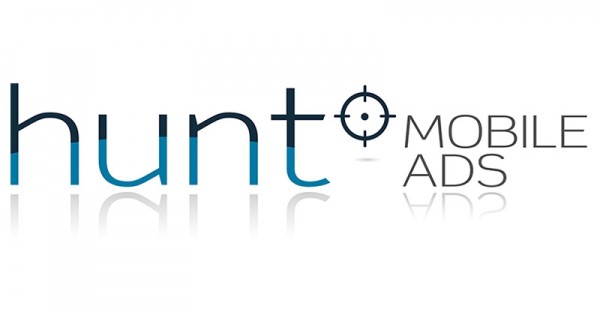 HUNT Mobile Ads has been acquired. This week, Opera Mediaworks announced the deal as part of its strategy of expanding into and better covering Latin America. Opera selected the Argentina-headquartered business founded by Gastón Bercún and Alejandro Sas due to its esteem and recognition in the region.

Operate Mediaworks is best known in Latin America for its mobile browsers. Globally, it served 60 billion impressions and reached 400 million consumers in 2013.

In fact, according to the company, more than 50 million of the 270 million consumers who use its mobile browsers are based in Latin America. Looking ahead to 2014, executives expect a boom in mobile ads – a notable piece of information considering the hundreds of publishers for which the company offers mobile impressions. Mahi de Silva, CEO of Opera Mediaworks, remarked in the official acquisition announcement:

Latin America, from Mexico to Argentina, represents a market of over 600 million consumers that are rapidly adopting the mobile internet. We are particularly excited about the hundreds of millions of global consumers, whose eyes will turn to the World Cup in 2014 and the Summer Olympics in 2016 – both in Brazil. Opera Mediaworks aims to play an integral part in helping advertisers reach their audience and publishers make the most of their inventory in this region.

HUNT’s Gastón Bercún discussed the deal, the financial details of which have not been revealed, with PulsoSocial.

Clarisa Herrera: At what moment for the company has the acquisition arrived? Have you received other proposals? Gastón Bercún: They approached us with a strong focus on Latin America, and we had been evaluating various types of proposals. This came at a time when we felt that we needed support on a global scale in order to get to the next stage as a company.

CH: Users know the company much more for its browsers. What can you reveal about its business focus?

GB: It is a company that is much better known for its browsers, that’s true, but a couple of years ago, it opened the Opera Mediaworks division for mobile advertising. Today, it’s among the top five mobile advertising giants in the world. Because they’re public, you can see their numbers and growth. They’ve made a number of acquisitions recently as a way of expanding. Now, they’re looking to grow in Latin America and wanted to go beyond what they could do organically to accomplish that.

CH: Where are they focusing in the region?

GB: Principally, they are looking at two things in Latin America. First, growth rates, something that in mature markets they can’t have (in other words, if they want to have interesting growth rates, they need new markets), with two very strong markets, Mexico and Brazil, where we have a presence. Above all, in Brazil, because of the number of mobile lines and smartphones, we’re talking about 150 million lines, an enormous opportunity. After that, a number of medium-sized markets that fit in well in terms of revenues and innovation, such as Argentina, Chile, Colombia and Peru. They like to try to be at the same level technology-wise as the U.S., and that’s a little bit of what we want to take advantage of. What comes out there, we can have in Latin America the very same day.

CH: What have you found at a human level, as a team?

GB: We’ve come into an incredible team, a very technological company with a lot of weight in mobile. Its mobile browsers have 50 million users, and they know a lot about apps. They’re building an advertising monster, and the proposal they made was extremely interesting.

CH: What will change with the acquisition?

GB: For now, the company will continue as HUNT, and Alejandro and I will remain at the helm. What will change is the use of the technologies and tools that we are going to be able to bring to the market. Nothing is changing in management, the team or the brand. We’ll keep operating as we have been.

CH: HUNT has various business fronts, from its mobile network to the representation of giants like Shazam. What are the strengths of your business today?

GB: Display, representing and promoting mobile advertising campaigns. Within mobile advertising, one starts to grow in a way that is more organic, or like Twitter or Facebook, for example, which have their ads in timelines. This type of advertising is growing very well, so we also added in another line of business, such as the representation of Shazam, which gave us a big push, as did starting mobile campaigns in television. In mobile, it was hard to imagine how this would play out, but the strength of our business continues to be displays ads – the most traditional line, if you will.