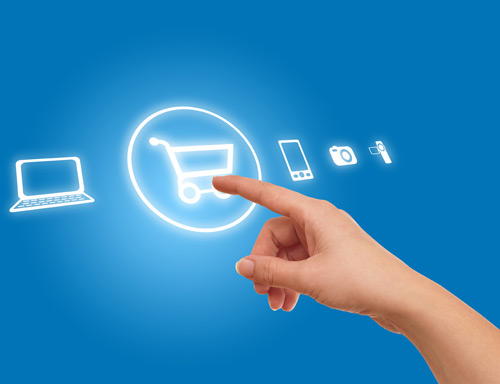 A look at a BrainSINS report on e-commerce in 2013 and how new players from different locales and disruptive models changed the game.

In 2010, Josh Kopelman, Founder and Partner at First Round Capital, analyzed the state of e-commerce and indicated – based on data from Alexa – that the majority of the most trafficked e-commerce sites were the same as 12 years ago. In other words, innovation and a disruptive focus were lacking.

So what’s the scenario today? By the looks of it, better, and with a number of new players in the mix. Again based on Alexa data, BrainSINS has identified four new up-and-comers that weren’t around a decade ago: Tmall, Aliexpress, ThemeForest and Etsy. And it’s also added another company to the list, Alibaba. Who Are the New Protagonists?

Let’s take a look at these new players.

Asia, a fresh playing field. What do Tmall, Alibaba, Aliexpress and Rakuten have in common? They’re all from Asia. Tmall and Aliexpress belong to the Alibaba Group (China), and Rakuten is Japanese. According to BrainSINS, these sites are undergoing a double explosion. Their international sales have skyrocketed (Aliexpress, for example, has gained a lot of popularity in Argentina), and many are buying other platforms and sites to complement their offers across different verticals (such as Rakuten, which acquired Wuaki.tv in hopes of competing with Netflix).

More verticals. Crafts (Etsy), website designs and templates (ThemeForest) and hotel reservations (Booking.com) – these are just a few examples of the new verticals in play. BrainSINS theorizes that these types of niches don’t fit in with Amazon, thus opening up alternative opportunities. In Latin America’s artisanal products and crafts niche, we’ve got Bixti (acquired by Brazil’s Elo7), Ofelia Feliz and Feria Central. Trivago is well positioned in hotel reservations. And 2013 was a big year for temporary real estate rentals in the region, thanks to players like Segundohogar.com, Zukbox and Sinbad.

Marketplace mania. One common denominator among Etsy, ThemeForest and Booking.com is that they’re all online marketplaces or virtual spaces that connect buyers and sellers. This model has become the norm in e-commerce, working on a global, massive scale given that commissions are small and require high sales volumes.

If we look at sales quantities instead of traffic, a new question comes to the table: is the Asian group the true global e-commerce leader? According to BrainSINS, Alibaba’s gross merchandise volume is US$170 billion, even though its earnings margins are much smaller.

Another notable indicator in the ranking is what Staples has been up to in the online retail realm, its gross sale volume at US$11 billion in 2013. In fact, around 50% of Staples’ sales are made online – a quite different case from that of Walmart, which overall brings in 20 times more.

In Latin America, Dafiti is the region’s strongest e-commerce force, though Quasar Ventures’ recently-unveiled Avenida could give it a run for its money (it is marketed as Amazon for Argentina).

Between 2008 and 2010, a number of less-traditional online retail startups were born that today are starting to bear fruit. Subscription and Discovery. JustFab brought in US$300 million in 2013, Birchbox  US$66 million, and Trunk Club US$40 million.

While these sites are taking off, they’re also modifying their business models and looking towards new alternatives to keep pace, some of which entail a return to the industry’s roots. Fab is repositioning itself as a product discovery service with a social perspective. Vente Privee has opened up its lines of business into vehicles, cars and homes. As for Groupon, well, it’s still figuring it out.