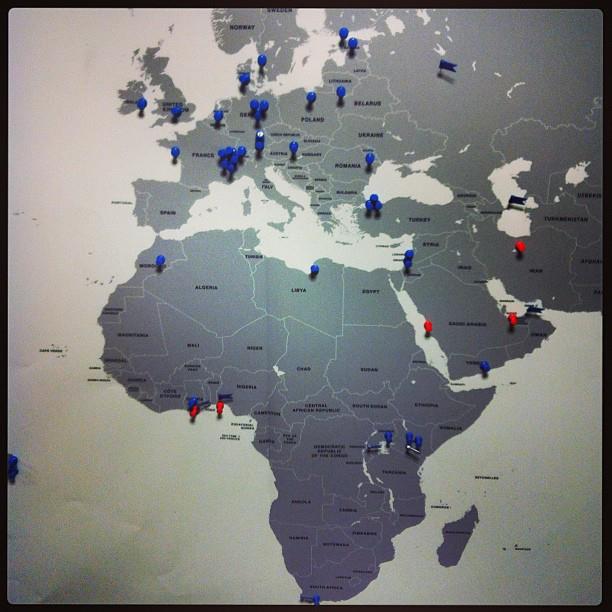 Come February, startups from all over the globe, including Latin America, will compete at the Seedstars World finals in Geneva, Switzerland.

Come February, 20 of the world’s most promising companies will gather in Geneva, Switzerland to compete at one of the most exclusive startup competitions on the globe, Seedstars World. The SSW team hosted events in 20 countries during 2013 in search of top-notch projects to take part in its final contest come February.

Seedstars World focuses on fast-growing and emerging startup scenes, looking beyond Silicon Valley for rising stars. “Silicon Valley is not the only place in the world where talented entrepreneurs hide,” remarked Alisee de Tonnac, co-founder of Seedstars World, in an official release. “All entrepreneurs, no matter where they come from deserve a chance to thrive. Many of the projects we’ve seen are fantastic, they have a viable business model that not only works in their local market but also may serve as a global product. Those, we believe, are the leading companies of tomorrow.”

In each country, SSW organized a one-day event and pitch competition for participants. Gatherings were organized on conjunction with local entities, such as Start-Up Chile and PIPA in Latin America.

Seedstars world is open to startups that have received under US$500,000 in funding and have been operating for two years or less. Also of importance: all startups are required to have a globally-scalable product.

Next month, all of the finalists will travel to Switzerland for a seven-day immersive experience. They’ll have a chance to embark on some touristic activities and take part in a three-day bootcamp, where they’ll work on their pitching skills and get support from some of Europe’s top accelerators and entrepreneurs.

On February 3rd, a semi-final competition will be held to identify the top five teams. And on the 4th, those startups will present at the LIFT conference in Geneva. And for the winning startup, the prize is pretty sweet: an equity investment of up to US$500,000.

The SSW team has searched far and wide for this year’s competitors, and it’s come to Latin America, too. Here’s who’s in the running from the region:

Next month, we’ll find out whether one of Latin America’s finalists will take the grand prize.