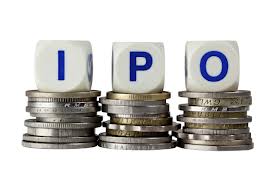 From Facebook's early hiccups to Twitter's apparent quick success, internet IPOs are certainly interesting to watch, but are the predictors for LatAm tech?

An IPO is, in many senses, the culmination of the startup endeavor – for most entrepreneurs, it is the ideal result of their years of work. And in the tech field, the situation is no different.

Internet and technology companies all over the globe, and especially out of Silicon Valley, have made major waves when they hit the stock market. Some, like Facebook, have flailed a bit (at least initially), and others have floundered in the longer term as well (see Groupon). And the most recent big tech initial public offering, Twitter, has started off extremely strong, though there’s still no telling how it will fare in the months and years to come.

In Latin America, the IPO has proven especially elusive for technology companies. In fact, just one company has managed the feat to date: MercadoLibre. With 14 years of operations under its belt, MercadoLibre is certainly one of the region’s biggest success stories, and one of the major milestones in its development came with its 2007 IPO. Since that time, the startup (MELI on the stock market) has proven a solid bet on Wall Street. Originally priced at US$18, its stocks are now valued at over US$100.

MercadoLibre may not be Latin America tech’s only IPO for much longer, though. Globant has filed for an initial public offering with the SEC, revealing plans to raise up to US$86.25 million back in August. And while they haven’t made any public moves just yet, the guys at Despegar are rumored to have an IPO in their future as well.

Only time will tell how the region’s tech story plays out on Wall Street. But we can also look to what’s happened globally to get an idea of how things may go.

Staff.com has put out an infographic outlining the trajectories of some of the most significant internet IPOs to date. Can they provide insight into what’s to come for Latin America’s internet giants on the stock market?