From LifeLock's acquisition of Lemon to a sit-down with Kaszek Ventures, these are the top stories in LatAm tech during the third week of December.

The holidays are just around the corner, but things haven’t exactly been slowing down in the Latin American tech scene this month. Start your week off with a look at our top stories over the past seven days.

Brazil’s Qranio announced an agreement with Portugal Telecom as part of an international expansion strategy in Europe. And though the linguistic and cultural affinities between Brazil and Portugal will certainly give the gamified education startup an advantage, company CEO Samir Iásbeck admitted things aren’t as simple as they seem:

Even though there are many advantages with working in the same language, there are still some clear differences, as Brazilian Portuguese has significant grammatical differences from Portuguese from Portugal. Ultimately, it is of utmost importance to fully adapt to the language and particularly local jargon. Our partnership with Portugal Telecom will provide great support, as we will have all the necessary support from the largest Portuguese company.

Hilary Schneider on What’s Next for LifeLock After Lemon Acquisition 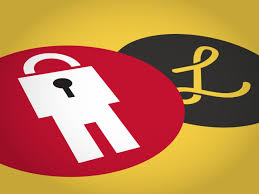 Last week, U.S. identity theft company LifeLock announced the acquisition of Lemon Wallet, the brainchild of Argentine entrepreneur Wences Casares, as part of a US$42.6 million deal. We interviewed Hilary Schneider, the figure at the helm of LifeLock, to learn more details.

“LifeLock saw an opportunity to combine an innovative mobile platform – a digital wallet – with access to leading identity theft protection features,” she told us. “The innovation and expertise from a mobile-first company like Lemon gives us powerful new ways to engage with current and future members. The acquisition allows us to accelerate our product roadmap, add additional functionality and data to our platform, expand our market opportunity, better serve our members, and develop a more meaningful relationship with a broad set of consumers.”

When it comes to understanding what makes a startup succeed in Latin America, Kaszek Ventures seems to have it figured out. The venture capital fund founded by former MercadoLibre execs Nicolás Szekasy and Hernán Kazah has invested in a little over 20 companies since its 2011 launch, and its portfolio is pretty impressive: ComparaOnline, GetNinjas, Kekanto, Open English, PedidosYa, SaferTaxi, Restorando and Eventioz, to name a few.

So what’s on Kaszek’s investment checklist? Szekasy filled us in:

We look for teams focused on business models that have local friction points that fall within the focus of our company. There are some business models that are global by nature and that could develop and expand out of San Francisco or Palo Alto, with no need to be in Latin America. Those, specifically, don’t interest us, but instead, those for which a local presence is fundamental, that require local teams to execute and local market knowledge.

Pace4Life Makes Global Impact, One Pacemaker at a Time 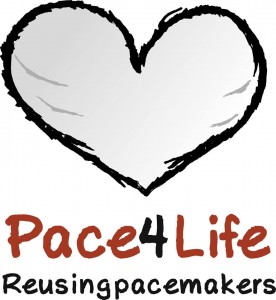 We met British-born non-profit and Start-Up Chile alum Pace4Life earlier this year, and recently, we caught up with the organization and its founder, Balasundaram Lavan, to find out how things are going now.

Pace4Life is cooperating with a University of Michigan initiative to deliver used pacemakers to the third world, starting with Ghana. And once the ball gets rolling, other locales will certainly be on the horizon – including Nicaragua and Bolivia in Latin America.

Lavan explained how the organization is going about choosing countries for implantations:

Their state health care doesn’t exist or doesn’t cover pacemaker implantations and therefore makes it expensive for people from underprivileged backgrounds – that’s the principal reason for approaching a country. The second reason is that they’ve already got the capabilities within the country and already implant pacemakers. What we don’t want to do is start off with countries where they don’t have any implantation capabilities, because that would be starting from the ground up. The countries we’ve gotten the ball rolling with are because relationships are already out there or because people come to us and say, ‘Hey, we can do this.’

New Brazilian government initiative Start-Up Brasil unveiled the second batch of companies selected to join the program. This time around, 62 was the magic number – 53 projects from Brazil, and nine others from abroad.

After this round, a number of changes to the program are likely to take place before a new call is opened. For example, the lineup of aligned accelerators will undergo some shifts.