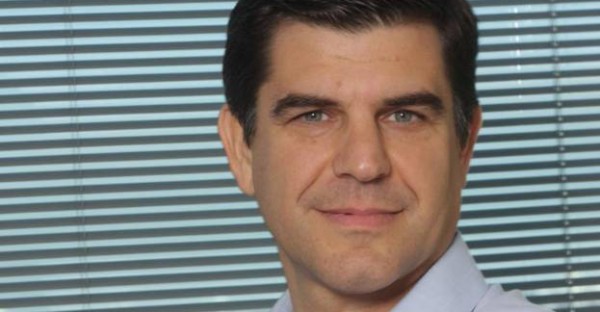 Kaszek Ventures, the creation of former MercadoLibre execs Nicolás Szekasy and Hernán Kazah, forms part of a select group of venture capital leaders in Latin America. Generally keeping a low profile, Kaszek has risen in the ranks thanks to the success of the companies it’s backed. It boasts an impressive portfolio, which includes regional stand-outs like ComparaOnline, GetNinjas, Kekanto, Open English, PedidosYa, SaferTaxi, Restorando and, most recently, Eventioz.

In just two years of operations, the Kaszek team has looked at more than 2,000 companies and invested in just over 20, always in Series A rounds of Latin America-focused early-stage ventures. It’s a risky niche, but the Kaszek team clearly has a keen eye for picking out what works.

Nicolás Szekasy sat down for an interview with PulsoSocial to discuss Latin America’s entrepreneurial ecosystem and shed light on Kaszek’s methodologies.

Clarisa Herrera: Can you give me a quick balance of the year for Kaszek?

Nicolás Szekasy: It’s been an excellent year in which we’ve continued to see big opportunities in the region. Kaszek’s focus is on investing in companies throughout Latin America. We concentrate on Series A rounds, companies that have already launched, have some traction, sometimes have revenue, and that somehow demonstrate that the concept is accepted in the market. In function of this, we’ve looked at a good number of companies since our 2011 launch. Right now, we have 21 active companies. We had Eventioz, which was sold to Eventbrite, meaning we’re continuing with 21. The truth is that we’re still seeing a very attractive pipeline.

CH: Taking a look at your portfolio, there’s a varied combination of industries and verticals. Are you focusing on something special?

NS: We’ve focused on marketplaces, platforms where you have to develop supply and demand, and around those platforms different verticals. We’ve also done e-commerce companies, online education, financial services, some surrounding social services and a few B2B companies doing software as a service. The region’s ecosystem is very strong, with good entrepreneurs and good projects. We’re enthused by the investments we’ve made, because we’re seeing the progress of the companies.

CH: Your investments have been concentrated in a few countries. Does where the team is from matter? Are you seeing possibilities in other countries like Colombia and Mexico?

NS: We’ve made more than half of our investments in Brazil, and we’ve also invested in startups that originated in Argentina, Chile and Uruguay. There’s an investment in a Venezuelan team based in Miami, Open English. The team’s location isn’t the most relevant factor – it’s finding the best team. In our case, they’re all business models that can be regionalized from where they’re from. The reality is that we’re seeing a lot of movement in Colombia, for example, and in Mexico. We haven’t invested in a team based in either of those countries yet, but almost all of our companies operate there. Surely in 2014 and 2015, we’ll invest in teams based in Colombia and Mexico, because the ecosystems are developing well in both countries.

CH: What are your methodologies for finding companies?

NS: Up to now, we’ve seen about 2,000 companies and invested in a little over 20, so we invest in one of every 100 businesses we consider. There are a number of sources, one that is proactive and our own. There are sectors we’re interested in and that we consider very attractive with a lot of potential, and we look at what companies are getting started in those sectors and contact them. Much of the time, they’re not ready for us to invest, but we get to know them and develop a relationship. A lot of others contact us from all over the region. Some we meet in person, others send us their proposals, and we have conference calls. We go to a lot of events and conferences, and sometimes, they contact us there, too.

CH: The acceleration ecosystem has grown a lot as of late. Do you use them as intermediaries to get to companies?

NS: Accelerators invite us, we get familiarized with their portfolios and develop ties along those lines, but our investments have come more often through companies that have contacted us or sectors that interest us than through acceleration programs. We think they’re very good and that, little by little, they are calibrating their business models. Surely, over the next couple of years, we’ll make an investment in a company that has come out of one of those programs.

CH: In evaluating a project, do you focus more on business model or team?

NS: It seems like a cliché, but the importance of the team is absolutely true. The difference between an A team and an A+ team is extremely subtle and is, without a doubt, what makes the difference. More than anything, because we’re talking about companies that are in the very early stages of development, and there are going to be a number of difficulties and setbacks along the way. The stronger the team is, the better its chances at success. There are some teams with a pair of founders, and we think that’s a plus, and a tech person is also fundamental.

CH: And with respect to business models? Do you look at numbers or other variables?

NS: We look at projects that are substantially big market opportunities. Sometimes, there are great teams of entrepreneurs, but they’re fighting the wrong battle by betting on a market where, even if they do everything right, the company won’t be relevant. We look at how they’re looking to implement their ideas, whether it’s a business model that can scale well and is attractive. The ability to execute is also an essential issue in telling whether or not the company will make a difference.

CH: Is global impact pertinent for you?

NS: We look for teams focused on business models that have local friction points that fall within the focus of our company. There are some business models that are global by nature and that could develop and expand out of San Francisco or Palo Alto, with no need to be in Latin America. Those, specifically, don’t interest us, but instead, those for which a local presence is fundamental, that require local teams to execute and local market knowledge.

CH: Many regional entrepreneurs set out to copy the Silicon Valley profile. What are your thoughts on that?

NS: Regional entrepreneurs have the same passion, resilience, energy and analytical and intellectual capacity for addressing problems as Silicon Valley entrepreneurs, but they also have that plus of local know-how. ComparaOnline has to have ties to local financial companies and know the local market well. Restorando has to get restaurants on its platform, and they can only achieve that with a local presence. The same is true for SaferTaxi – it needs daily contact with drivers – and VivaReal has to be in touch with real estate agents and brokers. None of these businesses would be possible without a real, day-to-day presence in their markets, without their networks. Operating locally has to be fundamental for our companies, not remotely or at a distance.

CH: The venture capital industry is still underdeveloped in the region. What’s your viewpoint from the inside?

NS: I’m very optimistic. I have the perspective of having been in the market since we started MercadoLibre almost 15 years ago. If I compare today’s panorama with what was happening then, there wasn’t a place for entrepreneurs to even get started. Little by little, it’s developed. There are a number of angels, incubators and accelerators, and if you’re looking for the first 25,000, 50,000, 100,000 dollars, there are a number of places you can find it, from Endeavor on. Fifteen years ago, there was nothing. A circuit of investors has developed for the next stages, when companies start to grow, and for future rounds. There is a solid panorama of investors interested in those companies. Our experience with the companies in which we’ve invested through Series A rounds has been that they’ve all been successful and have capital to keep growing. It’s clear that if things continue to go well, access to capital isn’t a problem. When we look ahead five, 10 years, the sector will be even more populated and in a virtuous cycle.