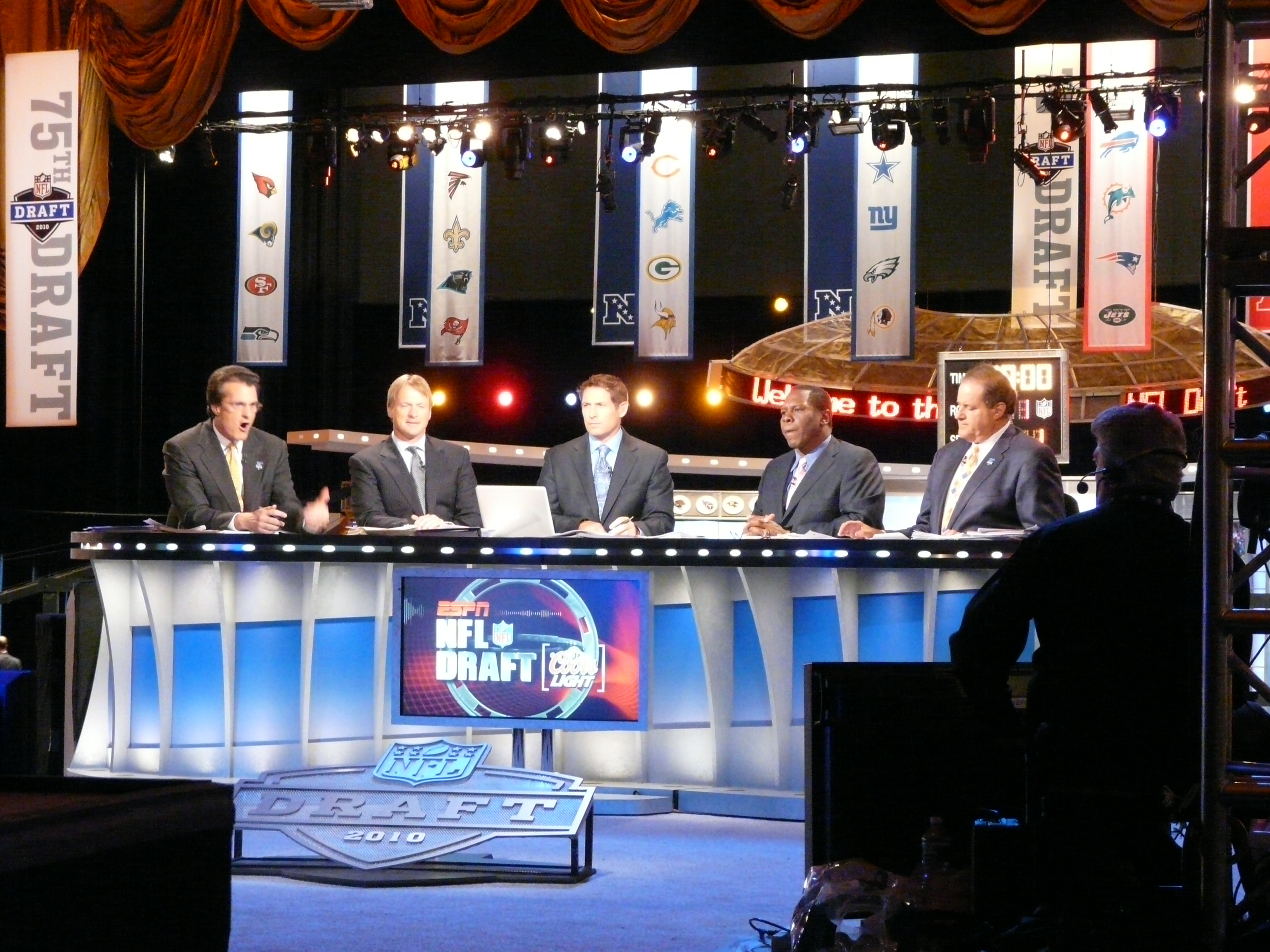 So who has Start-Up Brasil placed its bets on this time around? In total, the organization has selected 62 companies – 53 from Brazil, and nine from abroad.

Start-Up Brasil’s latest batch of projects has arrived – or at least it’s about to. The Brazilian government’s startup initiative has announced the companies that will take part in the second part of its inaugural edition of the program.

This time around, a total of 709 startups applied – a significant dip from the 908 submissions received in part one. Of those in the running this time around, 531 were from Brazil (hailing from 24 different states) and 178 were international (out of 39 countries).

Applicants were evaluated on four main criteria: business model, solution, team and alignment with Brazil’s TI Maior initiative (a plan to increase IT efforts in the country). The companies will be split up among nine national accelerators for co-investment, mentoring and other support on their projects. Before work starts next year, each company will have to reach a separate agreement with the accelerator it has been aligned with (meaning a few will likely end up dropping out).

Since its inception, Start-Up Brasil has caused quite a bit of buzz in Brazil and all over the world. An opportunity to tap into one of Latin America’s largest and most attractive markets, it has certainly faced its fair share of growing pains as well. One bump in the road with this latest selection process has been the fact that the organization hasn’t been able to work out the kinks identified early on because this is the second part of one larger call (and legally bound to carry out the process as originally defined).

Despite the obstacles, the hopes for Start-Up Brasil remain high. Initiative COO Felipe Matos told us earlier this year:

So who has Start-Up Brasil placed its bets on this time around? In total, the organization has selected 62 companies – 53 from Brazil, and nine from abroad. See who made the cut below: 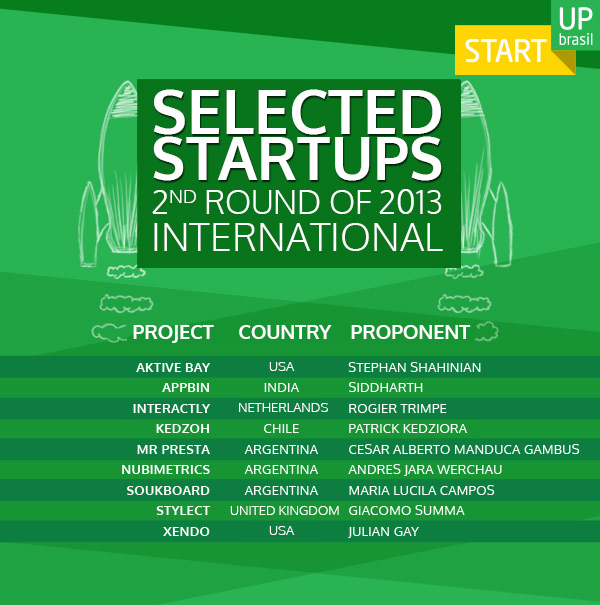 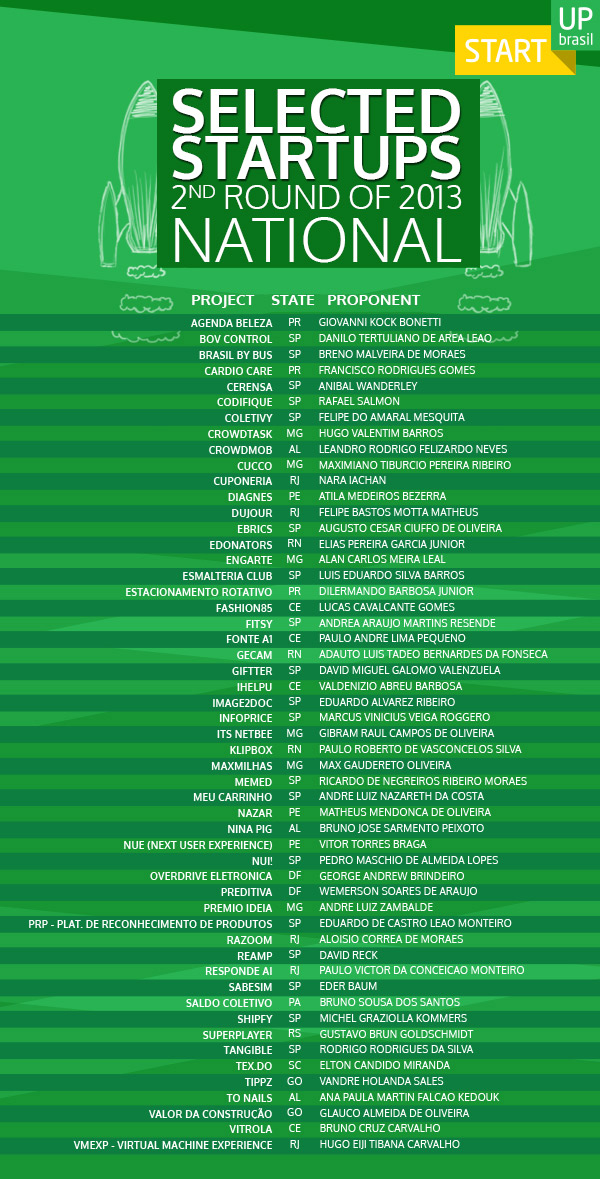