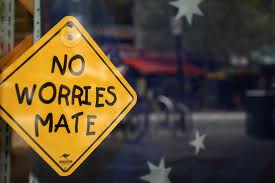 E-commerce prices in Brazil increased for the second consecutive month in November, but consumers arent slowing down their shopping.

Black Friday and Cyber Monday mean big savings for e-commerce consumers, right? Not in Brazil. In fact, online retail prices actually increased 1% during the month of November, a small but somewhat surprising hike right before the holidays.

An index managed by the Economic Research Institute Foundation (FIPE) and Buscapé unveiled the findings. This is the second consecutive month the index has registered an increase, though in October, prices went up just 0.1%. Over the past 12 months, e-commerce prices have increased 0.42%, so for the year to close out with an even balance, prices would have to fall -1.68% this month – an unlikely scenario.

This will likely be the first year in a series of 23 comparisons that e-commerce prices undergo an overall annual increase. The main culprits here: decorations (up 6.69%) and appliances (5.45%).

Another possible explanation: exchange rate, as the Brazilian real has lost ground on the dollar during the second half of the year. “In online commerce shopping carts, consumer electronics products have a lot of weight, and with that, the effect of the exchange rate is greater,” FIPE’s Sérgio Crispim told Brazilian news publication Estadão.

It’s worth noting, however, the e-commerce sector’s price increase falls significantly under the country’s inflation rate and other consumer price indices, which indicate rises of 4-5%.

Slight Price Hike Not a Deterrent

BNamericas reports that R$174 million (US$73 million) were billed in online retail portals within 12 hours on Black Friday – 80% of the total purchases made on such sites over 24 hours last year.

For most of Brazil’s online retailers, the surge in purchasing came as a quite pleasant surprise. In other words, Brazilian e-commerce players aren’t likely losing much sleep over how their sales will turn out during the holidays.