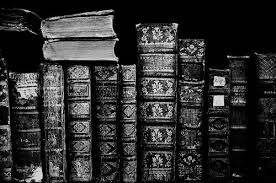 You’ve got to be where your market is, and in the case of Widbook, that’s the US. The Brazilian startup has just commenced operations in San Francisco.

You’ve got to be where your market is, and in the case of Widbook, that’s the United States. The Brazilian startup has just commenced operations in the U.S., setting up shop in San Francisco.

Launched in 2012, Widbook is a sort of YouTube for books. With a mission to disrupt the e-book industry and help up-and-coming authors get published, Widbook’s platform serves as a literary social network where writers and readers connect. We first met the company back in February, just after W7 Brazil Capital announced it as its second investment pick.

Since then, quite a lot has happened. Widbook has launched applications for Android and iOS and added new features like real-time writing. Its most important milestone, of course, has been its stateside landing.

So what’s Widbook up to in San Francisco? Felipe Cresciulo, who’s heading up the company’s business development in the U.S., filled us in.

Currently, the Widbook team is looking for potential partners (it’s already lined something up with Evernote) and also hoping to expand its team. Because its focus is on English-language markets, having native speakers to produce content is essential.

“The U.S. was always our main market, and we were always focused here,” Cresciulo explained. “Most of our users come from here, and we have more content from this country.”

The local community has been a big draw for the company, even though it also means more competition. “Most companies are going after the same market, the same types of users, and they’re here. It’s a challenge, but it’s also good to talk with them and help each other,” Cresciulo reflected. Perhaps more difficult for Widbook in its U.S. expansion is addressing the issue of culture, especially as it sets out to build its team. How to hire good people is something the startup is still figuring out.

While the U.S. market is an attractive one, Brazil is, too. But Widbook isn’t going for a home-field advantage. Cresciulo outlined why:

This is a global business model, so it could work in any country with a culture of e-books. Why start in Brazil and focus on a smaller country when you can go to the U.S.? The work itself is the same. It’s a larger market, there are more people producing good content.

Widbook is also tapping into the booming mobile market in the States with mobile applications. It launched for Android a while back and about a month ago for iOS, both taking off quickly. In fact, most of Widbook’s new users come from its mobile appl. “People stay much longer in apps because they have more time to read when they’re on the bus, subway, going to work. They have time to read books, and it’s easier to enjoy on tablets and e-notebooks,” Cresciulo said. “You start to see people spending more time on mobile than in web browsers.”

As to what users are reading on the Widbook platform, works of fiction are generally more popular. However, business tips, books from entrepreneurs and photography works are popular as well.

A curation team has also been brought on of professional writers in Brazil, the States and Europe. They read content and give feedback to authors, helping them to improve their work. This also helps with community engagement and encouraging users to write.

The curation process and user feedback is also a way for authors to determine how their work may be received:

There are a lot of unknown authors, and some authors are just launching their first books. Something that we are focusing on a lot is just connecting them with others for the first time. They don’t need to spend a year writing a book, then publishing on a self-published platform or trying to find a publisher. Most of the time right now, it takes writers two, three years to realize that no one wants the book. We reduce this time. Writers can just launch one or two chapters on our platform and get feedback from our curators and readers. 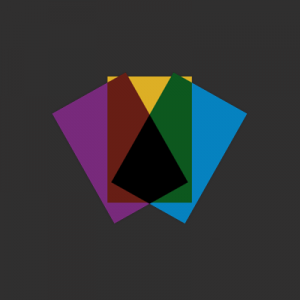 Looking ahead to 2014, Widbook has some pretty concrete goals in mind. First and foremost is getting a stronger foothold in the U.S. and becoming more active in the local community of writers. It will also start looking to other markets – an important item on the agenda considering it’s got users in 120 countries.

With respect to numbers, Widbook hopes to reach two million users next year. Right now, it’s doubling numbers every 60 days, having just reached the 100,000-mark a few weeks ago.

Finally, the team is hoping for a breakout author to emerge from its platform (along with what happened with E.L. James and 50 Shades of Grey, which started out on fan fiction websites). “Their success is our success, so if a publishing house picks them up, that would be great,” Cresciulo concluded.